Anyone want to take a stab at what kind of spider this is?

Spider He seems to be 1-2" wide and a little longer and he was in my kitchen. :eek:

I’d say wolf-spider, too (Ft Worth, correct?). Is the color of the pic fairly accurate to ‘real-life’ or did the exposure darken things a bit? Wolf’s tend to be more brownish with darker-brown (to black) markings, ime, kinda like little tarantulas but less hairy (seen 'em all over Texas and lots of Oklahoma).

The exposure is on the dark side (you don’t think I’m going to spend more time than necessary looking at that thing, do you?).

Wolf spider is sounding about right, especially with this from Wikipedia - “Flashing a beam of light over the spider will produce eyeshine.”

Wolf spiders are good spiders to have. They do not make webs and are opportunistic hunters. So they take care of the bugs in your house and do not leave a mess behind.

Oh Jesus…
Bad thing is, I had one of these, but much bigger, (3 inches across) in my bedroom a few nights ago. :eek:

And it was carrying babies (hundreds, it seemed) on its back.

I used a flamethrower on it.

Christ…WHY do I read these threads when I KNOW how its going to end.

We had a tree dude over here yesterday looking at our various problems. As we were discussing something near the rose bed, I saw a bee hit a web. The spider raced across the web with truly amazing speed, hit the bee with its venom and wrapped it in web material. All in a few seconds. Tell the truth, all I could think of was that scene with Shelob from LOTR. The bee was still squirming in its cocoon. I’m sure I’ll have nightmares.

I used a flamethrower on it.

Nuke it from orbit…

Spider He seems to be 1-2" wide and a little longer and he was in my kitchen. :eek:

That is too fucking big is what it is. “Eyeshine” …[[shudder]]

This seems like a good thread for my spider complaint of the day:

Hey, spiders, try and keep out of the tub and sink, okay? It’s a real pain having to escort you outside when I’m trying to shower and brush my teeth in the morning!!

I keep a Penalty Jar in the bathroom so I can take them outside later. 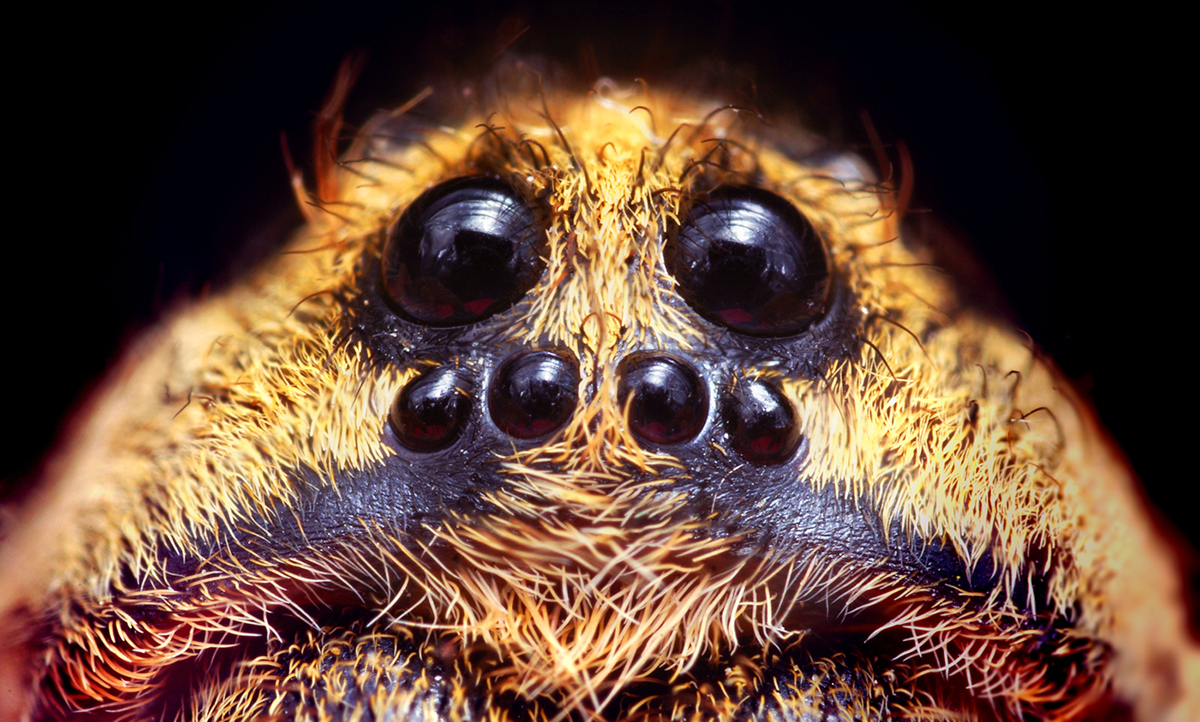 They have eight eyes arranged in three rows. The bottom row consists of four small eyes, the middle row has two very large eyes (which distinguishes them from the Pisauridae), and the top row has two medium-sized eyes. They depend on their excellent eyesight to hunt.

How the hell can I get eyes like that?

Okay. I can do that.

You know, it disappeared right after I took that picture.

It may even still be in the house…