I was a bit of a butthead to my wife last night. Not a lot but enough to really piss her off. I apologized for how I acted and she apologized for blowing it all out of proportion. Everything is OK back on the ranch.

However, I’d like to do a little something for her. I once burned a CD for her of love songs and songs that meant a lot to her and showed how much I love her. Now I’d like to make a CD of apology/I’m sorry/ type songs. Can anyone think of songs where the singer is expressing how he is sorry about being an asshole and wants forgiveness?

Please, nothing about cheating! I was just being rude last night, not fooling around. Thanks for your suggestions.

Regretting What I Said to You When You Called Me 11:00 On a Friday Morning to Tell Me that at 1:00 Friday Afternoon You’re Gonna Leave Your Office, Go Downstairs,Hail a Cab to Go Out to the Airport to Catch a Plane to Go Skiing In the Alps for Two Weeks, Not that I Wanted to Go With You, I Wasn’t Able to Leave Town, I’m Not a Very Good Skier, I Couldn’t Expect You to Pay My Way, But After Going Out With You for Three Years I DON’T Like Surprises - subtitled “A Musical Apology” by Christine Lavin

I’m sorry, so sorry
That I was such a fool…

Barenaked Ladies’ One Week
And the mother of all apology songs: Ruben Studdard’s Sorry 2004

Husker Du, “I Apologize”, which features one of the best lines ever on the pettiness of couples’ arguments:

“Take out the garbage, maybe, but the dishes don’t get done”.

Every time I screw something up, I always get the Calvin & Hobbes “I’m Sorry” song stuck in my head…

This thread has got that anti-apology song in my head-- Too Late to 'Pologize.
I do believe the title is missing the ‘a’.

Regretting What I Said… 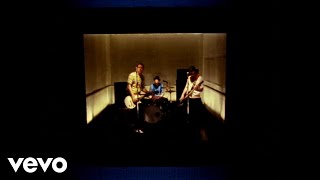 Sorry we broke up, sorry I missed you Sorry I wanted only to kiss you Sorry I promised to love you forever Made you feel guilty oh when you l...

May not be what you’re looking for.

“I’m Wrong about Everything,” by John Wesley Harding. You can find it on the soundtrack to the movie, High Fidelity.

All Apologies by Nirvana

The Apologist by R.E.M.

I once dated a guy who screwed up frequently. Okay, he wasn’t a guy so much as he was a walking, talking, asshole. He was always very appologetic after the fact, and often sent me roses to indicate the depths of his repentance.
Then he’d be an asshole again a day later.
Now I hate roses.

If I were to receive a cd like the one you are proposing, it would irritate the crap out of me every time I listened to it. In fact I probably wouldn’t listen to it more than once. It would only remind me of the ugly incident.
I don’t mean to be a downer - I’m enjoying the song suggestions. Just my $0.02.

Sorry Seems To Be the Hardest Word - Elton John

Oh, I just remembered a great one. Title of the Song by DaVinci’s Notebook.

*Renunciation of my past insensitive behavior
Promise of my reformation
Reassurance that you still are foremeost in my thoughts, now,
Need for instructions how to gain your trust again

Yes, those are actual lyrics. If I was doing a CD of apology songs, I’d have to start or end it with this one.

Billy Bragg’s You Woke Up My Neighborhood is sort of an after-the-fight regret song.

Tell Her This - Del Amitri

Every time I screw something up, I always get the Calvin & Hobbes “I’m Sorry” song stuck in my head…

If you want to get really icky-poo, there’s “(Forgive Me) My Little Flower Princess” by John Lennon.

U2’s song “Sweetest Thing” (Youtube link to video) was written by Bono as an apology to his wife Ali Hewson for forgetting her birthday during The Joshua Tree sessions. In the video, the phrase “I’m sorry” (and some variations) can be spotted. Cameo appearances in the video include Riverdance, Boyzone, Steve Collins, the Artane Boys Band, the Chippendales, U2 members, and, at the very start of the video, Alison Hewson, Bono’s wronged wife

REM’s “South Central Rain (I’m Sorry)” certainly qualifies. I like the anguished scream by Michael Stipe at the end.

“Purple Rain” by Prince and the Revolution