Avatar sequel -are you excited for the movie?

But… IS there any cool new tech to show off right now? Because that would be a reason to see the sequel. There was never anything much to the movie or the completely forgettable characters. That’s what sequels usually play on – more of the story, more of the people.

I enjoyed the first one. I doubt I’ll bother with the second, unless it gets unexpectedly good reviews.

For the record, Avatar (1) is fine. It was beautiful to watch on the big screen, and the first go through is just good enough to let you suspend your disbelief for the duration of the movie. Barely. And then on your drive home, or your talk with the friends after watching it, the story completely falls apart. It still was probably worth what you paid for it, but it is very much a one-and-done.

Any sequel seems to be doomed to follow the path of the Matrix sequels: the visuals will no longer be new/unique, and the weak elements of the plot and underdeveloped characters will become that much more glaring by comparison as they try to repeat the formula. And they’re going to have the same problem - they have to explain why all all of this matters! Everything was pretty much settled with the first, so making a new big bad or reintroducing the old big bad is going to probably require more explanatory that the story ever supported.

Still, I’ll probably see it on the big screen because I expect it to be fun. Even at current prices, $12-14 for 2 hours of fun isn’t bad. But like the first, it almost certainly won’t be something I’ll ever buy a copy of.

Everything was pretty much settled with the first, so making a new big bad or reintroducing the old big bad is going to probably require more explanatory that the story ever supported.

As far as what was explicity said in the movie, more or less, everything was settled.

What was not explicitly mentioned, I don’t think, but comes up with a bit of backstory research, is that there were a few interstellar ships making the journey back and forth. Which means at least another one is inbound.

If they are not allowed to land, at the very least to refurbish for the return journey, then everyone onboard is sentenced to death. Further, even if they are allowed to refit and return to Earth, Earth may not accept its loss of access to “unobtanium” to a bunch of primitive natives.

Now, that does mean that the next movie is much less interesting, as it consists of planetary bombardment and sterilization of the surface, followed up by mining without any impediment from the local fauna.

Why the hate? I’ve always thought she was a badass. I like seeing her in movies.

I’ve spent most of my life as a James Cameron fan. Aliens, Terminator 2, The Abyss are among my very favorite movies of all time, and the rest of his movies are not far behind. And then there’s Avatar. It’s fine. It has Cameron’s usual obsessive attention to detail, it does a good job of setting up all the exposition in a way that’s smooth and allows the action to mostly flow. But overall it still just feels too much like a tech demo, with not enough attention on dialog, characters and story.

If it had been a one-off movie to serve as a vehicle for digital 3d filmmaking, that’d be one thing, but I was extremely dismayed when Cameron announced that he’d be making 3 or 5 or however many sequels, because that’s basically the rest of his life, locked in exploring the most boring of his creations so far. I’m sure the sequels will also be “fine”, but dang, what a lot of wasted potential.

So basically: “World’s Most Expensive Screensavers”

I’m not particularly interested in it, but I do know everyone underestimates James Cameron before his movies come out, then they end up being the biggest hit of the year.

Now, that does mean that the next movie is much less interesting, as it consists of planetary bombardment and sterilization of the surface

It’s the only way to be sure.

Now, that does mean that the next movie is much less interesting, as it consists of planetary bombardment and sterilization of the surface, followed up by mining without any impediment from the local fauna.

Now now, I did mention it all falls apart after watching it, but we shouldn’t refight that (easy) battle here.

I’m not particularly interested in it, but I do know everyone underestimates James Cameron before his movies come out, then they end up being the biggest hit of the year.

I don’t think that’s what we’re saying though - it can and may well be an amazing hit, but it be remembered, if at all, for the visual spectacle, not for the story or characters in any way. People talk, for example, about what worked in Aliens, and how while it was a very different movie from Alien, it was equally impressive in it’s own way.

When people talk about Avatar (and largely they don’t), they talk about the 3d visual effects. And that’s it. Doesn’t mean it wasn’t a huge hit.

When people talk about Avatar (and largely they don’t)

Don’t anymore, after over a decade, anyway.

After it came out, I spent a whole lot of time talking about it. It was so close to being a really good movie. Change a half a dozen lines and one scene, and it could have been something that people talked about in the same sorts of ways as they did Aliens. People who have never seen Aliens still have heard, and maybe even use, a number of choice quotes from the movie. What line from Avatar made it out of the movie and into the public zeitgeist?

What line from Avatar made it out of the movie and into the public zeitgeist?

“Frankly my smurfette, I don’t give a smurf!”

I joined the Na’vi to see the world
And what did I see?
I saw the sea…

Don’t anymore, after over a decade, anyway.

After it came out, I spent a whole lot of time talking about it

It was talked about in its first year, mainly for the visuals and how it caused every trash movie to have a 3D version kludged on. And the previously mentioned cringe-articles about people’s lives being empty if they can’t live on Pandora. After that, it quickly dropped off. Which seems weird for biggest hit of all time, etc but I guess it was ultimately more theme park ride than lasting cinema. I couldn’t quote a single line from it today which obviously isn’t the case with the real impactful sci-fi properties.

Not excited. Didn’t see the first one, and I can’t imagine the circumstances that would cause me to watch a sequel. I’m not a Cameron fan – pretty pictures with paperdoll thin characters and very melodramatic Snidley Whiplash villains.

Well, I’m sure the plot will be incredibly original. Again.

So quickly we’ve forgotten how they used Papyrus for the original Avatar logo. Was it laziness? Was it cruelty? 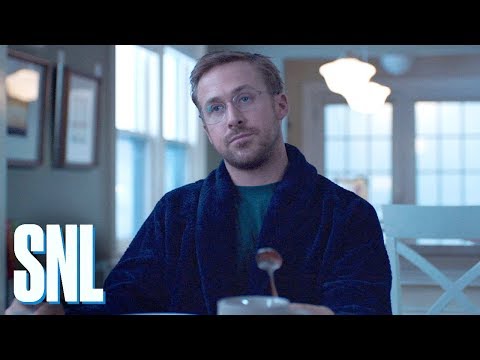 Hopefully without the cringey news stories about people distraught that they can’t live on Pandora and frolic with blue cat ladies.

Perhaps Avatar would be more profitable if instead of being billed as an Action/Adventure/Fantasy movie, they marketed it as a soft-porn flick. Sexy Blue Cat People—Meow!

The animation of the people in the trailer didn’t do much for me.

The problem this movie is going to have is having to keep aesthetically consistent with a pure CGI movie from 13 years ago. Avatar looked gorgeous when it came out, and frankly that was the only thing going for it since the story was just a dumpster fire. Today you can get better CGI in a video game cut scene.

Avatar looked gorgeous when it came out

I thought it looked like an expensive cartoon. The visuals didn’t save the crap story, for me.

I really like James Cameron as a director (loved Titanic!) but there was something about Avatar that never really interested me (a bit too much pure fantasy? I dunno). I still haven’t seen it despite many opportunities to do so. So no, not excited about the sequel.