At the dinner table me and Son-of-a-wrek were discussing an old car I obtained that I want rebuilt. I’ve been pressing him about this for years. He’s had a busy life. No time.

He’s working from home, mostly. It seems he has lots of free time to drink beer and ponder his many conspiracy theories.
I’m trying to keep him from becoming crazy as me. So I look for things for him to do.

He’s always got an excuse. He tells me kudzu has grown into the car. WTH?
This is not good. He has a real aversion to Kudzu.

This brings to mind the year Mr.Wrekker decided: “Kudzu would be eradicated from his property!” (yea, verily)

He hires two youngish guys and presses a teenaged Son-of-a-wrek into service, threatened to cut his allowance off if he didn’t help, cheerfully.
Cheerful was not his countenance, but he worked.

An early spring day work commenced. Lunch time rolls around. BigWrek says they had a good morning of work. This job should be done in a few days. Son just ate his sandwich and looked sad.

This same scenario occurred every day that Mr.Wrekkers helpers were available. Son started rising real early on his weekends to get away before Pop caught him and made him work.

One day he comes to me and says I have to put a stop to this insane Kudzu war, that his Pop is waging.
It seems as he was driving around on those early morning escapes, he had noticed the sheer volume of Kudzu in our immediate area. “Ma”, he sez, “I’ll be 90yo. and still cutting Kudzu!” And, “There will still be a healthy growth of it in our woods!”

I told him I sympathized with his plight but I wasn’t sure I could help. Mr.Wrekker has a tendency to go overboard about these things.
The next chance I got I brought up the fact to BigW that I couldn’t see any real progress in the eradication of the offending vine. “Bullshit!”, he sez.
Later that same day he brings it up again. This time he says: “We just need to get higher in the trees, this stuff somehow grows down!” :smack:
He hollers up the stairs and tells Son he will be expected on the job the next morning.

I swear I heard the sigh of a broken hearted young man all the way downstairs. Poor boy.

Well this was the day scaffolding was rented. It was placed in a particularly viney area. I could see the guys teetering around on those pipes and one plank that looked like it shoulda been firewood. I had to quit watching. Too many scary tools too high off the ground. Gah!!
Same thing for 3 weekends. And BigW cutting on his own, when he had time.

It comes to pass and BigW went out of town on a job that actually paid him. No kudzu was cut for the almost 3 weeks he was gone.
The scaffolding, that was still racking up rental charges, just sat out there in that super viney area.

I looked out one day and it seemed to me the scaffolding had been moved. Me and Son go out. He claims he hadn’t been out there. The 2 hired guys hadn’t been seen.
I look down at one of the legs and see a tell-tale vine climbing up it. Still green, but big around as my thumb. It seemed the Kudzu forest was claiming the scaffolding.

I’m thinking the cost of replacing the scaffolding to the rental place. I insist we move the whole thing back away from the trees and vines. Somehow we got it moved 10 feet or so, into the clear. Cut all the trailing vines away. Whew.
Mr.Wrekker gets home. His first thought after his Beagles was the Kudzu eradication. He wonders aloud why the scaffolding was moved. I tell him. He sez a few dirty words and goes out and inspects.

At dinner that night Pop tells Son he will need his help the next day. I swear the poor boy nearly died, right then.
But then Pop sez, “We need to take the scaffolding apart and return it to the rental place.”
Oh, joy and relief! Son-of-a-wrek was thrilled.
I have to say I was pretty happy myself.

I’ll never get my old car rebuilt. Kudzu will own it, probably.
Sigh.

What car and year is it, Beck? And how long have you had it?

That would be a battle I would buy a ticket for!

That would be a battle I would buy a ticket for!

I have a vision of kudzu trapping a goat and pulling it down to it’sBovidae doom.

Yep. The guy I got it from bought it new. He just gave it to me, with all the pertinent paperwork. We hauled it home on a trailer.

I think it’s cool as heck.

Supposedly, supposedly, Kudzu is edible, and has a high protein content (for a green plant).

Cook up a mess o’ Kudzu with fatback and a splash of vinegar, and offer cornbread to soak up the pot likker!

With the way your crew is mowing through food, eating the damned stuff may be the fastest way to eradication.

…unless you see pods growing…
~VOW

…unless you see pods growing…
~VOW

Did you *have *to bring that up?
:dubious:

I’ve got a set of vintage slot mags I’ll donate to the project. I’ll have to check the bolt pattern first.

I hope you can get it fixed, Beck. It’d be so cool! People would gasp and point as it went by, either at the car or the kudzu driving it.

If kudzuzilla assimilates the car, they will become mobile. They can ferment kuzu to make alcohol fuel. To borrow a phrase, this could become very, very, bad.

Beck, do your kudzu vines look these?
https://upload.wikimedia.org/wikipedia/commons/thumb/c/c4/KudzuPlants.JPG/440px-KudzuPlants.JPG

I don’t think I’ve ever lived in a place that had those, so I’m trying to picture it. I enjoyed your story about your husband and son. I can put myself in your poor son’s shoes, but not in your husbands. I despise all yard work and would never do it voluntarily.

Beck, do your kudzu vines look these?
https://upload.wikimedia.org/wikipedia/commons/thumb/c/c4/KudzuPlants.JPG/440px-KudzuPlants.JPG

I don’t think I’ve ever lived in a place that had those, so I’m trying to picture it. I enjoyed your story about your husband and son. I can put myself in your poor son’s shoes, but not in your husbands. I despise all yard work and would never do it voluntarily.

Beck, I think I found your car! 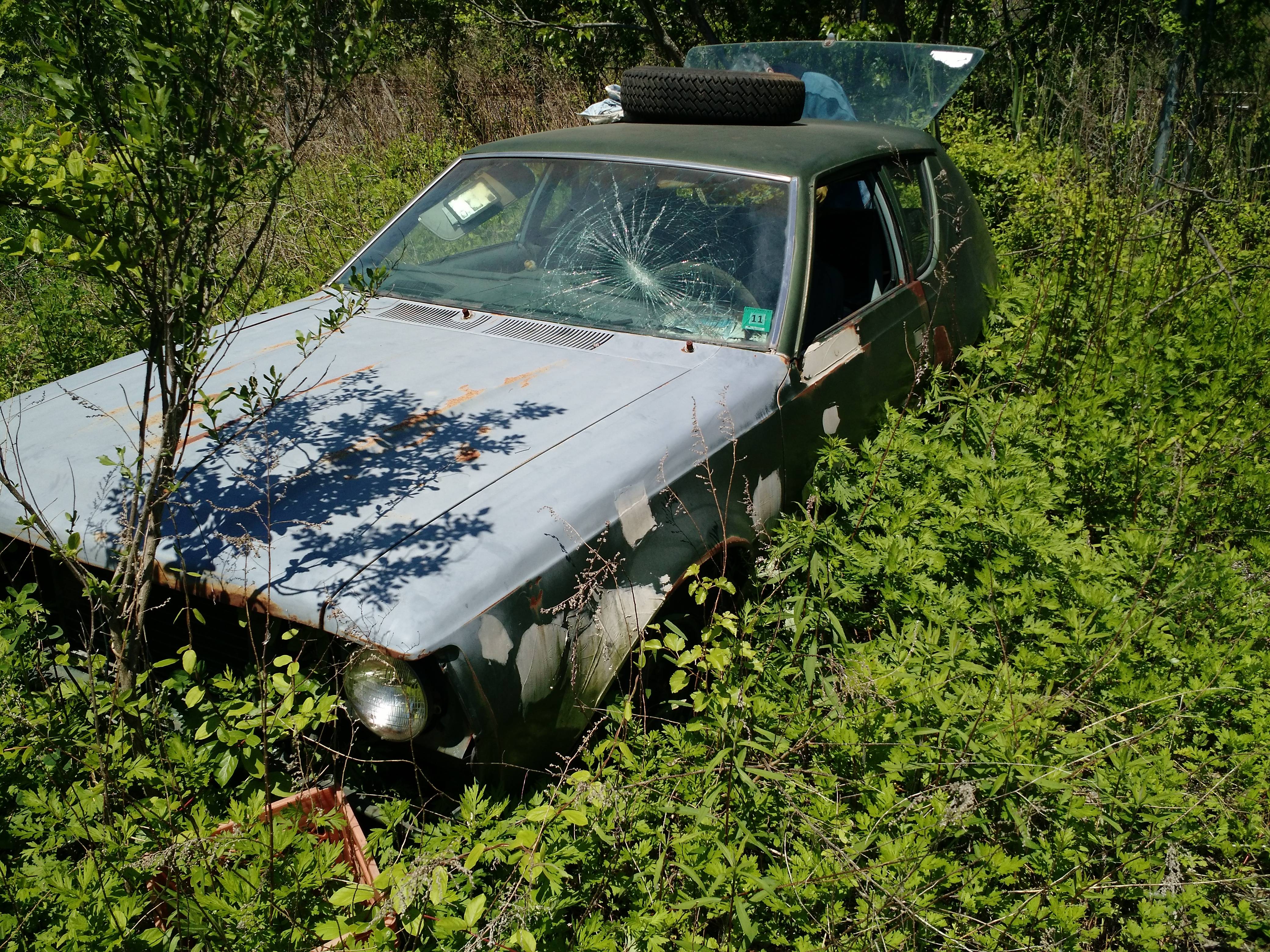