Is anyone else watching this show? My wife is enjoying it - and I’m kinda hate-watching it. My wife recently read Will Smith’s memoir, which led her to watch a season of Fresh Prince (total crap - unless you were a fan of Will Smith mugging for the camera) and then this show.

I guess this isn’t the worst TV drama of all time, but that is not a genre I generally favor. Couple of questions:
-Are we supposed to assume that the father and Geoffrey had the Philly gangster killed? How “crooked” are those 2?
-Does the eldest daughter have any awareness of how inconsistent it is for her to demand to be in control, but then to with her parents to bail her out?
-Why does the father WANT the office he is running for? I know they said he won some class action lawsuits, but did he completely give up the practice of law?
-How many staff would it take to run that household? Other than some token cooking, you never see anyone run a vacuum, push a broom, or fold laundry…

My biggest difficulty is that I perceive most of the characters to exhibit far more attitude than effort. But at least this middle aged white suburban has gained a clear image of what life is like for a typical Black American family these days!

So, anyone else watching?

I watched the first three episodes last night. Not great but also not bad in my opinion. My main complaint is they need to stop with the shout outs to the original show. I mean, it was ok in the pilot episode, but after that it gets tedious and takes me out of the drama. I think the show has potential; so I hope they find their footing.

Sorry - ran a search for Bel Air, and nothing came up. Doesn’t look like many folk are watching it.

I’m loving it. But I’m sure nostalgia adds extra enjoyment to a decent, not terrible show. Also the relief that it’s not terrible.

I actually like the callbacks to the original, only because they’re mostly very subtle Easter eggs. Only once did it feel like they were hitting you over the head.

Re: Geoffrey (the coolest reimagination of them all), it’s deliberately ambiguous about if he’s responsible for that death. I have a theory about his involvement that includes Will’s dad.

Re: Hillary, yes, her behavior is inconsistent. She’s a 20-year-old wannabe social media influencer, with all the impulsive ideas that would entail. They’ve done a good job of making this version dumb through her decisions, not her intellect. She’s actually smart but still clueless.

I have a theory about his involvement that includes Will’s dad.

I seem to remember Will’s dad showing up a time or two in the old series, getting Will all excited, then flaking out on him. Is that right, or am I conflating it with some other old sitcom?

I only remember one episode where he shows up. It’s set up like Will is going to go on a trip with his dad, and maybe even live with him after said trip. But then, when Will has all his stuff packed up and ready to go, his father had come by to try and get out of it.

And then it ends with this very widely loved clip: 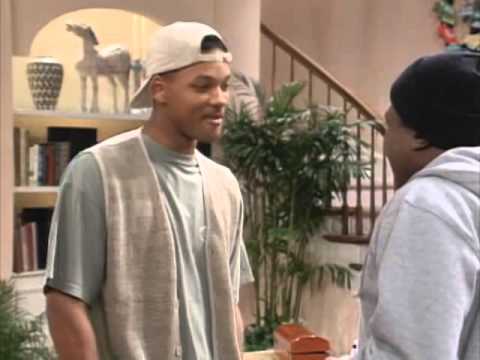 The latest episode definitely gave a different impression than it would have had a week ago, with Will angrily telling his father to keep his mother’s name out of his mouth…