I’ve been messing around with Bitlife, and while it’s no serious hardcore game, it is an amusing little casual diversion, it’s basically an extremely simplified mostly text-based Sims…

You control a “Bitizen” from birth to death, making all the choices in their life, and have to live with the results of your decisions…

The thing that makes it more addictive then the typical casual game is that you can carry your family line down multiple generations (in the unlocked version), my MacTech family is already on the fourth generation, with a rich history of everything from decorated military members, to rich media tycoons, a convict, and at least one rather… promiscuous Bitizen…

You can hail from any country, and it takes into account name spellings, societal makeup (Great Britain has free health care, USA does not) the middle eastern world frowns on SSM (and yes Gay/Straight/Bi are all available options), you can adopt/adopt out kids, artificial insemination, you can cheat on your significant other, or stay loyal, STDs are a factor in “hook ups”, crime ranging from pickpocketing to murder is available, drugs/crime/smuggling and prison can be possible…

My next family?
Jason Voorhees, and he’s going to be played just like the character, heck,when family members pass, he’ll even select the option to Taxidermy them and display them in his home! (Yes, actually an option!)

Also, you can add your own town (it really only factors in in school/business names), and add in custom people (you can add them from your phone’s contact list if you like)

Never hooked up with your school crush? Have a co-worker you fancy? Infatuated with a celebrity? Have a politician you loathe and want to ruin their life? They can be in the game…

Jason Voorhees’s Bitlife;
He made every bad decision possible, fought with everyone, yet still stayed at school, and his parents gave him a 2 year old Mercedes C-Class when he passed his driving test.

He graduated high school, and his parents paid for his entire college education, he majored in Biology (somehow appropriate here

) got a part time job as a Lab Assistant in college

His parents divorced when he was 19, and got his first crush, Raven Daniels, she got pregnant on their first date, they had a daughter, Autumn

He attacked his stepfather when his mom re-married, he bought the best lawyers and was found Not Guilty of Assault

Raven got pregnant again, they had a baby, Jim

(Plotline, I’ve decided to start Jason’s killing spree when he turns 30, at which point he’ll also start cheating on his girlfriend, they haven’t gotten married yet…, remember, this IS Jason Voorhees we’re talking about, he’s not the nicest guy, or most upstanding citizen, he’s already assaulted his stepfather and was a school bully…)

*ALERT! * Jason’s girlfriend just gave birth to TRIPLETS!!! , at 23 years old, the two of them are unwed parents and have FIVE kids!

The killing spree is 7 years away…

We’re pregnant AGAIN! at 23, geez, keep it in your pants already, Jason!), maybe your last name should be Duggar!?!

Jason’s father just came out as bisexual, Jason argues with him and doesn’t accept this, as he’s a jerk… Jason is now 26, the killing spree is now 4 years away, might this be a factor? Who will support his kids when he finally goes crazy?*

29 years old, ONE YEAR till the killing spree…

To be continued, if there’s any interest 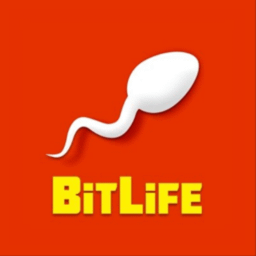 I downloaded it. It’s free to try so why not. I’ll chime in after I get a chance to play.

I LOATHE “Freemium” games, the free version is seriously neutered, they serve up ads for any more “advanced” interaction, and you can only play one generation (maybe two, but nothing beyond that

you have two paid options, for $1.99, you can eliminate the ads, but all the higher level options are still locked out, for $4.99, you unlock the entire game including"special features", like no limit on the number of generations, the ability to purchase exotic pets (I’ve owned tigers, leopards, boa constrictors, wildcats, wolves…) and a bunch of other features

I’ll probably go the $5 route if it hooks me. That’s not too much for a good mobile game; I’ve paid more for others in the past. We’ll see. I’m at work now so not in a position to fiddle with it, probably tonight.

Ah, this is like a modern version of Alter Ego.

Just to reply that I played the game for a while. It was amusing for a while but it didn’t take long to realize that it’s extremely random. The choices you make seem to have a negligible affect on your character. It’s like everything you do involves a roll of dice and so the choices don’t matter.

You can definitely make long term changes; keep breaking the law and you’ll spend time in jail, work at improving relationships and people will like you more, focus on work on you’ll improve job performance and get promoted. But when dilemmas come up and you have to react to them, it seems like there is no way to predict the result. You might as well not even have a choice.

I’ve played it long enough to determine this is less of a “game” and more of a life simulator. Except it’s not very realistic so I’m not sure what it’s simulating. I didn’t bother to upgrade to the ad-free version with more options because the game just can’t hold my interest. It’s just not my thing.

Not having an smartphone, I installed an Android emulator* so I could play this. One of mine found a shopping cart full of magic mushrooms at a Gay Pride event and sold them. For something like 300 grand! Paid off her student loan, bought a house, bought a car, then took her family on a cruise.

*Specifically this one. A new version was released yesterday; I had to uninstall & reinstall with the that version so it would work properly. Lost all my achievements but I only had four.

Whoa! One of the career options is Exorcist! Too bad this guy’s an Engineer III.

It’s definitely extremely casual, and very random, I found the best way to get amusement out of it is to have a Bitizen with a specific idea in mind, and play to that type, I played a little more with my Jason bitizen, but he was only able to successfully kill a random hobo before getting caught by the cops and getting a life sentence, only to die in prison…

I’m also running a Khan Noonean Singh bitizen who is only going to keep high-level stat children in the family, and adopt out “lesser” children, he is also only going to use the “hook up” option for maximum genetic diversity, at some point, he’s probably going to have to emigrate from his home country as women will start rejecting him as he gets a reputation of being a “ladies man”……

a few bitizens will be people I actively dislike, so I can try to ruin their lives as much as possible…

The randomness can be amusing, like a battalion of Swiss marines invading Libya, playing Beastie Boys over loudspeakers until the enemy surrendered.

I want to see what the Exorcist career is like; I’m wondering if there are minigames, like how Minesweeper is a minigame for the military.

Seeing how far ahead the iOS version is compared to Android, I stopped at Best Buy to price iPads. They’re on sale so I bought an iPad 7.

This is actually my second iPad, the first one was a few years ago. Ended up returning that because I had too much trouble putting my iTunes library on it; it was supposed to be a replacement for my aging iPod.

I binged it yesterday; I’m on my 4th or 5th generation (the last two being adoptions, since the grandchildren I took over on my death were past childbearing). After playing for a few hours, it seemed pretty simplistic:

Work or Study Harder, depending on whether you’re in school or working; go to the gym to boost your health; go to the movies or get a massage to boost your happiness. Nothing else (going to the library, having a pet, having lots of friends) really seemed to have much impact).

My initial guy got up to about $1.2 million in net worth. He was apparently too stupid to go to college (Smarts of 35%), but had a great career in the Air Force, retiring as a CMS earning $85K a year. My latest descendant is up to about $4 million.

Work or Study Harder, depending on whether you’re in school or working; go to the gym to boost your health; go to the movies or get a massage to boost your happiness. Nothing else (going to the library, having a pet, having lots of friends) really seemed to have much impact).

Get a tan to boost your looks but watch out for skin cancer.

Despite my gripes (two more below), I’ll probably still play it another 50 hours, so I don’t mean to turn anyone away from the game.

My first life on the iPad went into law enforcement. I sent a message to Candywriter, pointing out that a police officer who witnesses a crime shouldn’t have the option to call the police; the police are already there! That should be something like “call for backup” instead.

when going to bars, drinking any offered alcohol raises your chances for alcohol addiction, cures are rehab center (expensive one cures in one session) or hypnosis (multiple sessions)
drugs offered at bars increase addiction/arrest chances
playing the lottery will not cause gambling addiction, play as long as you can afford it, chances of winning are almost nil
Putting your child “up for adoption” prevents you from adopting in the future
bars have an upper age limit, once the bitizen is in their 70’s, no bars for them
menopause happens around 40-51, the older a female gets the higher the chance of pregnancy failure
“hook up” increases chances of STD
Witch Doctor cures will either 1; do nothing 2; cure an “incurable” malady 3; kill you

Girlfreind/Fiance//Wife wont get off Birth Control? technique 1; spoil her rotten, ask once a year, technique 2; argue with her, then rebuild the relationship and jump forward 1 year
Not signing prenup? same as above
higher “craziness” scores are more open to “threesomes”
want to crater a relationship? request a threesome, argue about it, dump them, but be careful of being stalked
be careful transporting packages, they may contain drugs and you’ll get arrested
if you’re in a happy relationship and you get a Thai massage, don’t choose the “happy ending”, your relationship will crater and you’ll be at risk of STD
AIDS/Cancer/Skin Cancer are incurable and cause a sooner death, get your affairs in order quickly

Regarding gambling:The more money you have, the more likely a casino will offer gifts to entice you to visit. Free bottle of bubbly, free car, etc. I’ve even been offered a free hooker!

[spoiler]but you’re just going to make your own casino, with blackjack, and hookers!..