Blind student gets beaten up and the kid that comes to help him gets suspended.

Only in America, A partially blind kid is beaten by a bully. Another kid punches the bully out. His Reward? Suspended and kicked off the football team.

you gotta love this fucked up logic. :rolleyes:

The one thing that would still make me fight is seeing anybody attack a disabled person. Do that and you will be dealing with me. I may get hurt but there are still things in this life worth fighting for. Defending those that can’t defend themselves is the duty of each and every one of us.
http://news.yahoo.com/teen-defends-blind-classmate-bully-151349694.html

“So let me get this straight. The ONE KID that stood up for what was right and defended someone when they were unable to defend themselves gets suspended and kicked off the football team. But everyone else that just stood there watching and did nothing are not being admonished,” Heather Scobell Arciniega commented. “Nice message Huntington Beach High School!”

“You trying to jump a fing blind kid, bro?” the teen is heard saying, standing over the cowering boy. “What the f is your problem?”

Why not hold the administration legally responsible for the beating of the blind kid? They’re entirely negligent of their in loco parentis duties – that another kid had to step in to defend the victim is proof enough.

I watched the video. The kid threw one punch to defend the blind kid. Just one. Thats certainly a measured and reasonable response to stop the bully’s attack.

I could understand suspending the kid if he went Rambo on the bully. You can’t use excessive force no matter how provocative a situation. But this kid did exactly the right thing and the school wants to suspend him for it? What kind of message is that sending to the other students? Just close your eyes and ignore someone being victimized?

Notice how the story makes sure to put the word “reportedly” in its headline. Read further and you’ll see why: “as reported by the Daily Mail.”

The Daily Mail is noted for making up stories just to rile up its readers. I’m waiting to see if any real newspaper verifies this.

Hopefully the school hasn’t reached a decision yet or will reverse course if they did suspend the kid.

The petition should at least let them know how concerned people are.

This story was reported on the local news. The kid who punched the blind kid was arrested. Im embarrased for my home town. 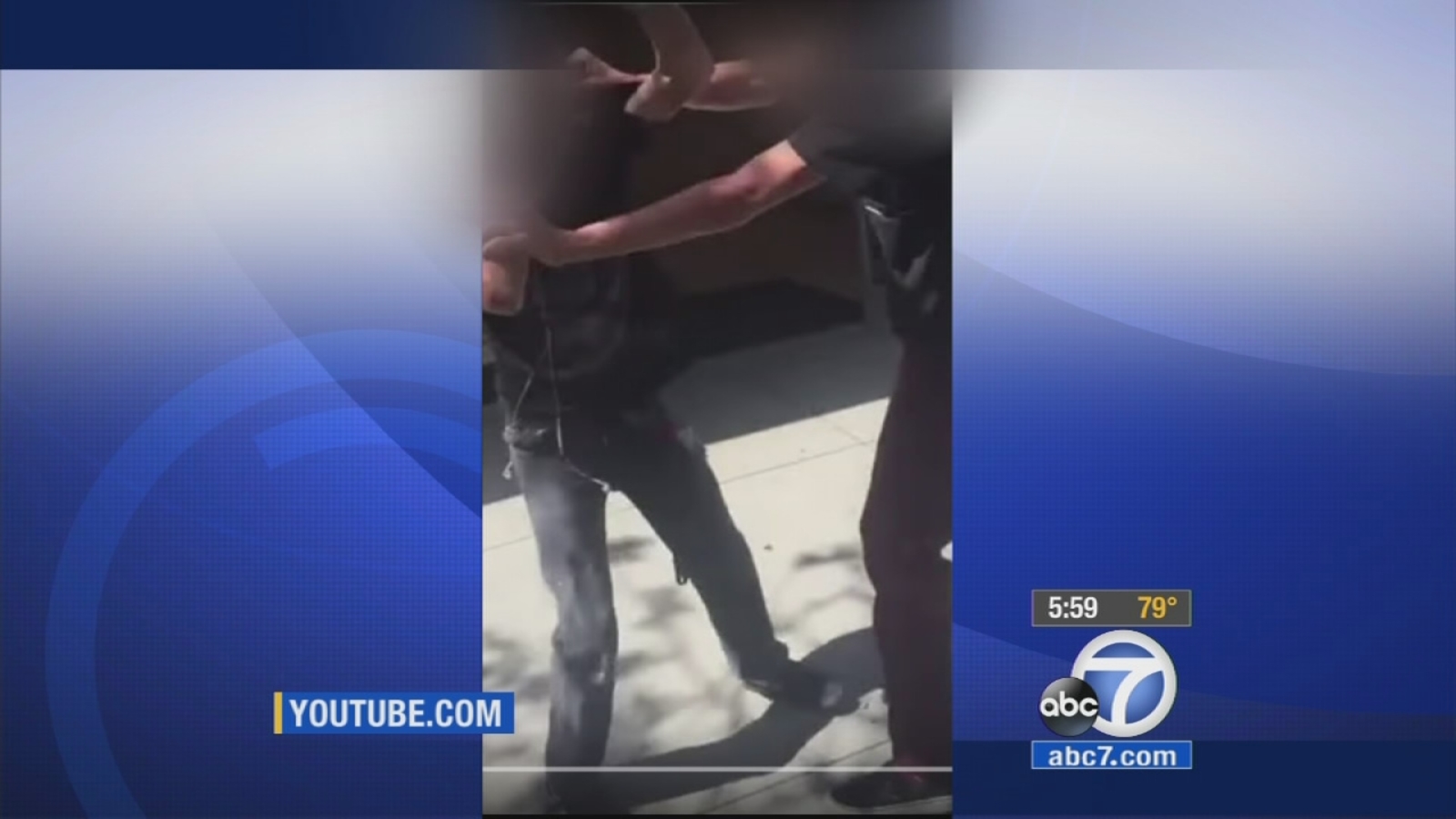 A Huntington Beach High School student was arrested Wednesday after punching a blind classmate, according to authorities.

Once again, we have the consequences of “zero tolerance” laws and regulations, imposed by the smug because they think that will counterbalance real or perceived inability of some authority to exercise judgment in his or her job.

Judges are too stupid and soft - three strikes laws.

Principals are too coddling to deal with bullies - zero-tolerance rules.

All drug use is a workplace threat - more zero-tolerance rules.

What I find sick is WHO THE HELL RECORDED IT AND PUT IT ON YOUTUBE?

As Bob Saget used to say in the old AFHV…if your kid is in danger, put down the fucking camera.

What I find sick is WHO THE HELL RECORDED IT AND PUT IT ON YOUTUBE?

If someone asked me to make a list of all the news sources that I trust to accurately report on the goings-on in Southern California high schools, I have to say that the London-based Daily Mail is indeed a newspaper and a website.

I’m really curious about why that kid would attack a blind kid. WTF is his problem?

I’m really curious about why that kid would attack a blind kid. WTF is his problem?

According to the news articles, there are very few, and hardly none that are reputable.

But according to madsircools’ link the “blind” kid and the one who was hitting him have a history of not getting along and when they passed each other in the hall a verbal altercation started.

It says that the “blind” kid, Austin, is half-blind and minorly autistic and that Austin was the one who was trying to fight Noah, the kid punching him in the video. And that everyone was being an asshole.

Maybe we should wait for the full story come out before we do the usually social media thing of flipping out without context and knowing the full story.

There exists a strange, bizarre logic in this world - namely, that if an aggressor makes a forceful attack, and a defender uses force in defense, that somehow both are equally morally wrong.

The good news is, the attacker has been handed over to the Police and formally charged with petty assault. The defender was not charged.

I’m not sure why the schools can’t just accept the decision of law enforcement. I could even see giving the kid a few days off in the name of “Zero Tolerance” (but keeping it off his records) but kicking him off the team is just evil.

Sorry, the charges are “Misdemeanor Battery.” I misstated above.

What kind of cunt do you have to be to beat up a blind kid anyway? Jesus…

So what? You see someone being attacked and you decide to record it instead of intervening or going for help?

So what? You see someone being attacked and you decide to record it instead of intervening or going for help?

It’s become the reflex gesture of the millennium, so far.

Didn’t say I approved or liked it. :smack:

I wonder how many supporting the rescuer would style themselves as non-interventionists or even isolationists when it comes to foreign policy.

You see someone being attacked and you decide to record it instead of intervening or going for help?

The kid threw one punch to defend the blind kid. Just one.

A vicious punch. Laid the guy out on the concrete. He was bleeding from the head. You can put someone in a coma or even kill them with one good punch.

This story was reported on the local news. The kid who punched the blind kid was arrested. Im embarrased for my home town.

But there’s nothing in that report that says the student who broke up the fight was suspended.