Two of my favorites, among currently-available magazines are “5280”, which is a magazine by, for, and about the Denver, Colorado area, and “KMT”, which is about Egyptology and is named after what the ancient Egyptians called themselves.

My 9th grade history teacher, who taught that unit, is now a Facebook friend, and I made sure to tell him that I remembered at least that much about it.

“SAIL” magazine has a clever logo, because it looks like a, ahem, sail.

I was at a meetup last night and mentioned “Kerrang!” magazine, and didn’t know if it was still published. Yep, it is. 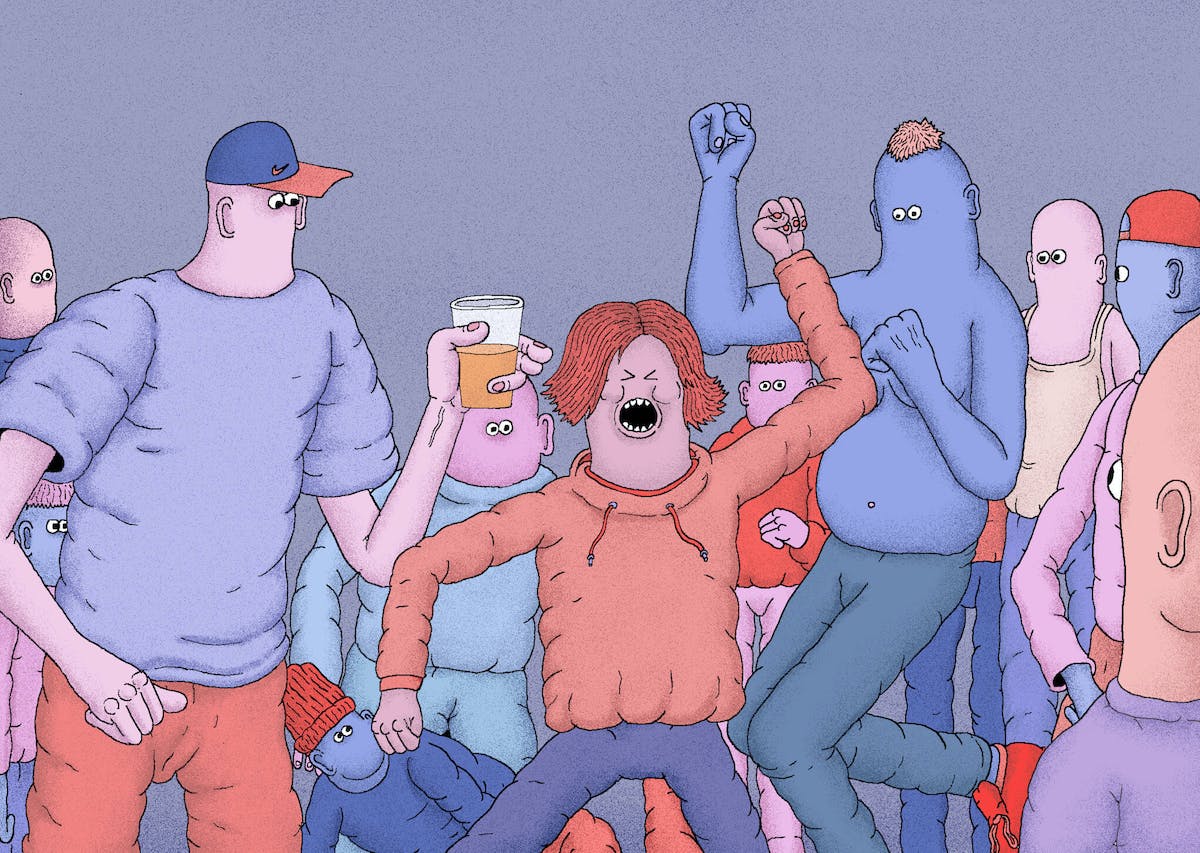 I thought, at the time, ‘George’ was a good name for John Kennedy’s magazine. Alas it didn’t last long.

I thought, at the time, ‘George’ was a good name for John Kennedy’s magazine. Alas it didn’t last long.

Funny you should mention George, because someone ordered a copy from me a few days ago. It was memorable because I COULD.NOT.FIND.IT until I looked in a pile of, of all things, vintage sheet music, and there it was. Guess I didn’t go through the whole pile when I filed it.

Not too many “clever magazine names”, precisely because most try to be clear what their subject is (Popular Mechanics, Road&Track, even the hippest magazine I ever read was just called Interview).

But I saw a tiny magazine on the rack, at Barnes & Noble of all places, called *2600. *And I thought “a 'zine of illegal hacks?” Yep. 2600 is the frequency that, whistled into a phone receiver, would grant you access to the admin level of any phone system.
“The magazine’s name comes from the phreaker discovery in the 1960s that the transmission of a 2600 hertz tone (which could be produced perfectly with a plastic toy whistle given away free with Cap’n Crunch cereal) over a long-distance trunk connection gained access to “operator mode” and allowed the user to explore aspects of the telephone system that were not otherwise accessible.”

A magazine about meat called Meatpaper

A magazine about weather and climate called Weatherwise

Incidentally, “jarry” is the word for food in Polari (which I learned a little about in a graduate course in linguistics: Polari (from Italian parlare, meaning 'to talk') is a form of cant slang used in Britain by some actors, circus and fairground showmen, professional wrestlers, merchant navy sailors, criminals, prostitutes, and the gay subculture. There is some debate about its origins, but it can be traced back to at least the 19th century and possibly as far as the 16th century. There is a long-standing connection with Punch and Judy street puppet performers, who traditionally used Polari to converse. Alternat...

I subscribe to Mythprint, which is the newsletter of a society for people interested in the Inklings, fantasy, mythology, and similar literature.

It’s a newsletter, not a magazine, but the New England Orientaion Club is the NEOC Times.

QST is the magazine for ham radio enthusiasts. It means, ‘Calling All Stations.’

American Mensa has long had a special interest group (SIG) called EIEIO, with a newsletter. That stands for “Electricians, Inspectors, Engineers, Interested Others.”

In the same vein, 11 Freunde (11 friends, magazine for football culture), of course a football magazine, and one that treasures tradition. It’s from an old German football saying: “11 Freunde müsst ihr sein” (“You have to be 11 friends”)

IEEE’s general-interest magazine is brilliantly called Spectrum, as in the radio spectrum.

It was distributed nationwide to NPR donors for a while. I loved that catalog!

As an offshoot of “5280”, there’s also “417”, which is a magazine about the 417 area code, which encompasses Lake of the Ozarks and the Branson area, in addition to Springfield, MO and the general region.

*Wigwag. * An attempt to be a second New Yorker. I subscribed. Good writing and stuff and it was a success until the Gulf War started a dip in the economy and ad dollars dried up.

Incidentally, “jarry” is the word for food in Polari (which I learned a little about in a graduate course in linguistics:

I subscribe to Mythprint, which is the newsletter of a society for people interested in the Inklings, fantasy, mythology, and similar literature.

I Googled Jarry Magazine, and you are right. It’s a slick, $20-per-issue twice-a-year magazine “that explores where food and queer culture intersect”.

While we’re on the subject, the first known relatively widely circulated LGBT magazine, which debuted in the 1950s, was called “One”.

From Parts Unknown took an entertaining yet scholarly approach “…to all things masked wrestler – pop culture, ring sports, weird media, collectible merch and mask fetish.” I think it only lasted six issues, but it lives on through the website…

I like the maker magazine Make. But it is styled “MAKE:”.

Note that colons play an important role in makefiles.

Grump–a short-lived satirical magazine put out by Roger Price (co-creator of Mad Libs). Its tagline was “For people who are against all the DUMB THINGS going on.”

I stumbled upon the Wikipedia page of Zyzzyva yesterday. Names after a beetle (not a Beatle). It’s last on their list of literary magazines.

How do you properly phrase a question about Kwani??