I thought Coffee Milk was strictly a New England-- or at least an East Coast-- phenomenon. But today I saw this in my local H-E-B (Texas grocery giant H.E.Butt Grocery Company). 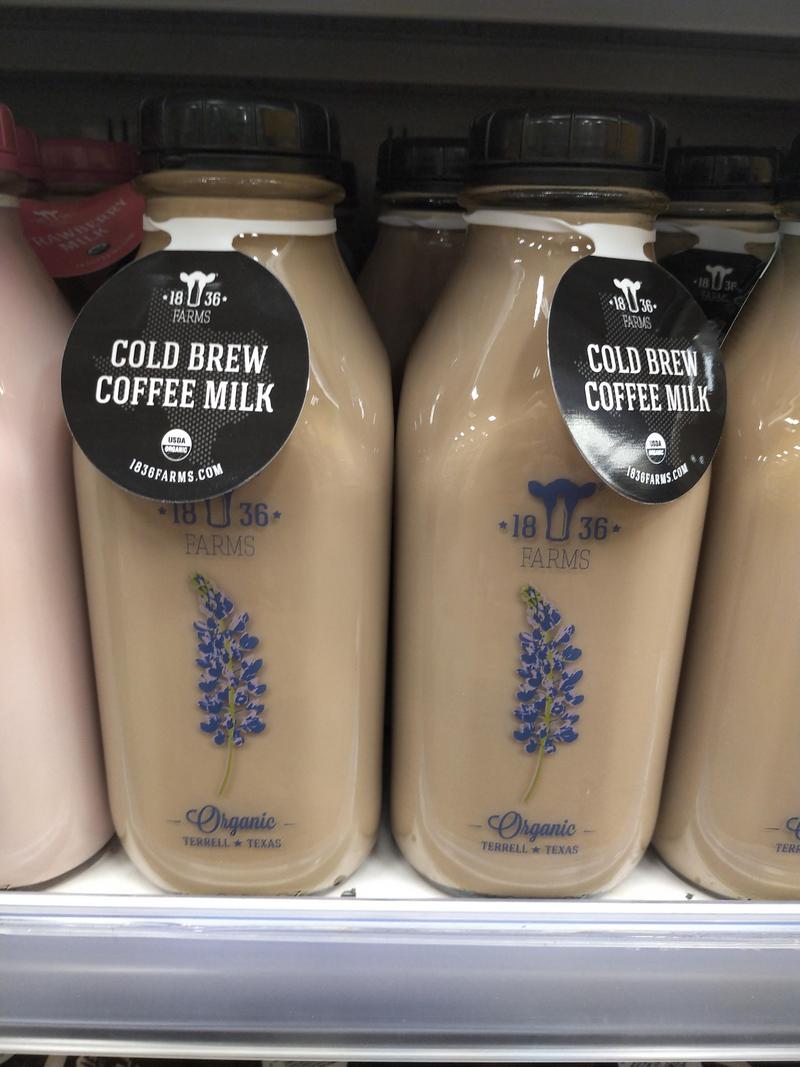 The company is 1836farms located near Dallas. They even deliver-- food items as well as milk. Whaddaya know. I hope they survive.

I thought Coffee Milk was strictly a New England-- or at least an East Coast-- phenomenon. But today I saw this in my local H-E-B (Texas grocery giant H.E.Butt Grocery Company).

Coffee milk is actually a thing in Rhode Island, not New England as a whole. And The Takeout (a sister site to the AV Club) had an article about the stuff just the other day. (I grew up in Connecticut and never heard of the stuff, although I generally avoid coffee anything.)

Mama used to make it for us kids when we were little. Southern Louisiana and East Texas.

At least, I’m assuming it’s the same thing. What she made was a tall glass of milk with enough added coffee to make it brownish. We called it coffeemilk.

I got her to make it for me with chocolate milk once (at least), and that was my favorite “invention” for a while.

Yup, not real coffee milk. The real stuff is made with Autocrat coffee syrup shown in this small portion of a grocery store coffee milk aisle here in RI.

I got my first taste of coffee by mixing it with milk. I don’t remember the proportions. Mom probably filled the glass 3/4 milk and topped it off with fresh coffee.

It changed as I got older. At some point it was half milk and half coffee. Eventually I used just a spoonful of creme in my coffee.

It’s interesting that some people enjoy coffee milk into adulthood.

Haven’t heard of 1836 Farms yet… Lucky Layla/Lavon Farms is the only local dairy that I’m aware of.

I imagine I can get it at HEB Central Market, if it’s available at regular HEB stores elsewhere.