Cultural grievance is not a governing agenda!

When I hear conservative politicians complain about Dr. Seuss or Mr. Potato Head being “canceled”, or a conservative actor gets fired for expressing their opinion, the question that immediately come to mind is this: What are you, in your capacity as a Senator, going to actually DO about this?

It’s certainly feasible to amend copywrite law so that abandoned works can be published by other entities. It’s also possible to pass a law against firing employees for their political views (just like it’s illegal to fire someone for their religion). But as far as I can tell, they aren’t proposing any new laws to deal with these alleged problems. They just want to whine on Fox News. They don’t seem to have an actual governing agenda.

On the other hand, when Democrats complain that the minimum wage is not a living wage, or that healthcare access should be expanded, they actually are proposing legislative actions to address these concerns.

Keep in mind that while they’ve been whining, all day long on Fox News, about Dr Seuss or Mr Potato Head being cancelled, they’re not talking about the Senate hearings about the January 6 insurrection. Ever wonder why that is?

Well, passing laws is only one of many mechanism to enact an agenda. Statues and monuments were removed or destroyed against the law because a sufficiently large mob acted. Rhetoric is increasingly important in a world where law matters less and one’s ideals of social justice matters more.

Weird you don’t mention people storming the Capitol building, attacking the police and going after members of Congress and the vice president.

So if passing laws is off the table, what should one do to rebel against this decision by Dr. Seuss Enterprises? Boycott them until they republish the offending materials? I doubt that will have much of an impact.

Just ridicule the hypocrisy and surging illiberalism of the left. If people really want that particular content it’ll be available. In time, normal thinking liberals will begin to recognize the danger of appeasement.

Come up with that yourself, or were you told to push it in the morning brief?

Just ridicule the hypocrisy and surging illiberalism of the left.

Hmm. I have seldom seen a clearer admission of the fact that the Republican/conservative wing doesn’t have any governing agenda beyond “troll the libs and complain a lot”.

From what I’ve seen so far of this controversy, this is a business decision made by a corporation to discontinue certain products. Companies make decisions like this all the time. In fact, most books that are published end up going out of print. When “the left” is blamed here, notice that it’s not any specific leftist activist or any specific Democratic politician. Just some nebulous “they” that “canceled” Dr. Seuss.

What does victory even look like for conservatives in the culture wars? It seems unconnected with any concrete goals.

normal thinking liberals will begin to recognize the danger of appeasement

They already have. Just - not the groups that you want appeased, any more.

OK, sure, rhetoric is important. But any Joe Schmo can make speeches. These senators and governors and so on could be doing the same thing they’re doing now, without being senators and governors. But as officeholders, they can also do things that Joe Schmo can’t. One would presume that doing those things is the reason we elected them to office. So why aren’t they doing those things?

They just want to whine on Fox News. They don’t seem to have an actual governing agenda.

Well, whining on Fox and stoking cultural grievance is a “conservative” tactic. And they’ve been playing the cultural card now for about 40 years, particularly the last 20 or so. I remember when Gay Marriage was a huge thing in 2004 that drove more voters for Bush. Trump, of course, is a demagogue who played right into the racial and cultural grievance handbook.

But I do think there is a governing agenda. That agenda is tax cuts for corporations and millionaires. It’s an agenda to cut regulations for polluters that don’t want to bear the cost of their pollution. It’s an agenda to push laws and regs that don’t encourage unions or anything that helps workers. That has always been the agenda of “conservatives”. They’re the party of business-owners. There are many tactics that layer in around that. But you can always draw a line back to those basics, I think.

When I hear conservative politicians complain about Dr. Seuss or Mr. Potato Head being “canceled”, or a conservative actor gets fired for expressing their opinion, the question that immediately come to mind is this: What are you, in your capacity as a Senator, going to actually DO about this?

But I don’t think they have to have any sort of answer to it right now, with the midterm momentum at their back.

Or even more than that, I think most of them are downright comfortable being able to rely on complain-exclusive campaigning.

When “the left” is blamed here, notice that it’s not any specific leftist activist or any specific Democratic politician. Just some nebulous “they” that “canceled” Dr. Seuss.

Exactly. The only action involved here was an announcement on the part of the property’s owner. Exactly who is engaging in “hypocrisy and illiberalism” that we must oppose here?

Just ridicule the hypocrisy and surging illiberalism of the left. I

Of what hypocrisy is the Seuss estate guilty?

Because these same laws could be used against them. If we’ve learned anything, it’s that a very vocal minority bitching on twitter can be just as effective as any law passed.

The OP makes a common mistake, confusing politics with governing. They are two entirely separate things. One involved in the acquisition of power, the other is what one does when one achieves power.

Cultural grievances are tried and true wedge issues that drive voter engagement, particularly on the Right. Get the people riled up, and on your side, and they will vote for your candidates. Then once you are in power, a party can do the things that are really important to them, without touching the wedge issues. The one issue I always look to as demonstration of this is abortion. Clamoring about abortion will always get the GOP voters to the polls. But we have seen that when the GOP commands all three branches of government they don’t do anything about abortion. If they did, then they would neutralize it as a wedge issue.

So, for now, it’s Mr Potato Head and Dr. Suess. All it is for is to keep the GOP voters riled up (and distracted from what’s really going on.)

I think that the Republicans, under Trumpism, are going to have trouble hanging onto the business wing.

Trump was capricious and would randomly promoted anti-business positions. 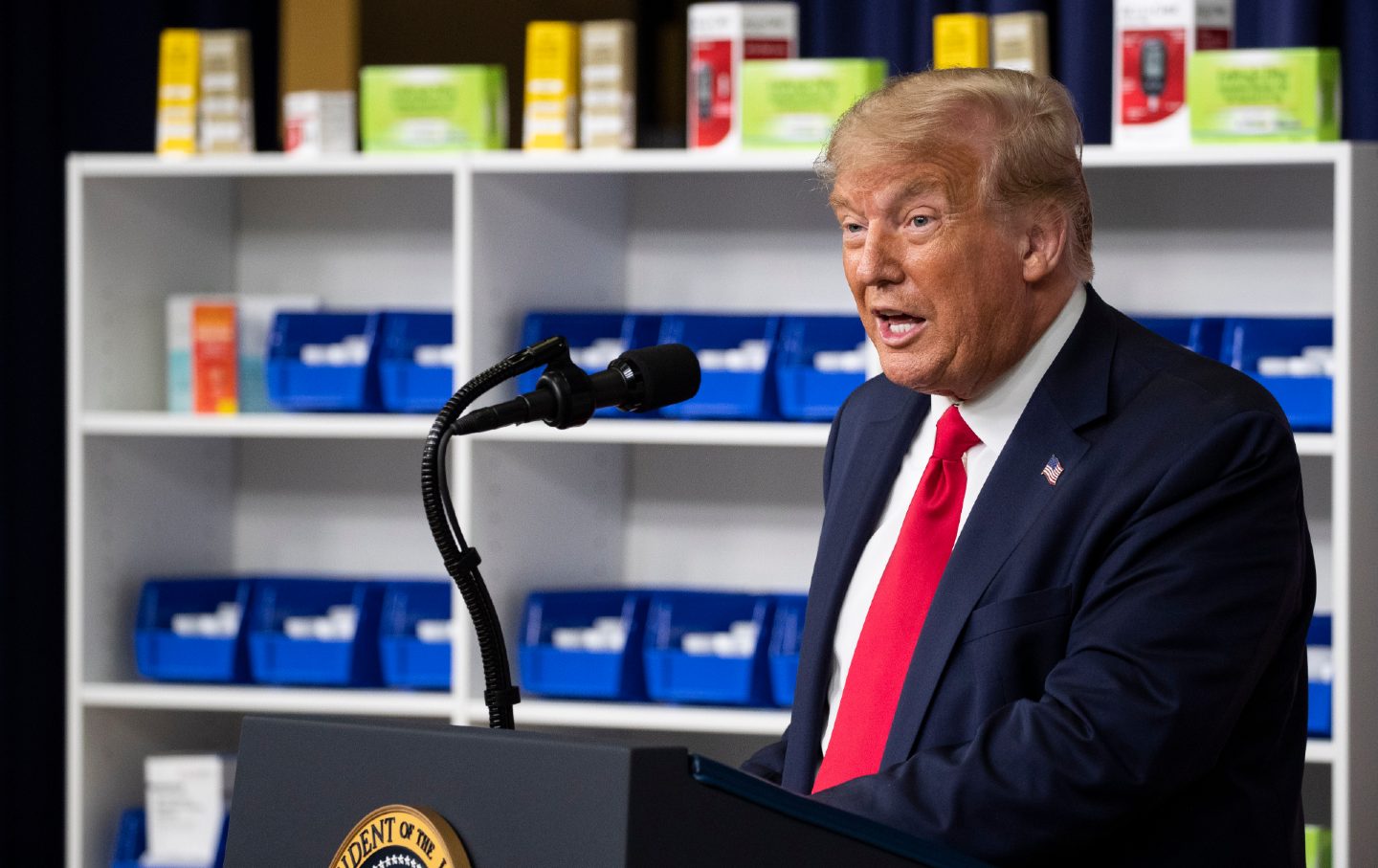 The US Chamber of Commerce Says Trump Is Bad for Business

The administration’s in hot water with corporate America for draconian work visa policies.

I think the business wing got everything they needed. They got their tax cuts and they got all the deregulation they needed.

And they got their tax cuts, that was the big ticket item and worth mentioning twice.

Some of Trump’s deregulation was stupid, while the business community would’ve cheered if he rolled back efficiency regulations on things like lighting and plumbing ten years ago, now that they have developed low flow plumbing fixtures and LED lighting fixtures that really work well, retooled their factories to produce them and built market demand for them, its kind of pointless to tell them they don’t have to make them anymore.

And I think they realize that too much deregulation is bad for business, it encourages low cost shoddy products and forces reputable manufacturers to compete against companies that cut corners for short term gain.

The Chamber of Commerce has signaled a willingness to support many of Biden’s policies, and Koch Industries is looking for ways to work with the Biden Administration. 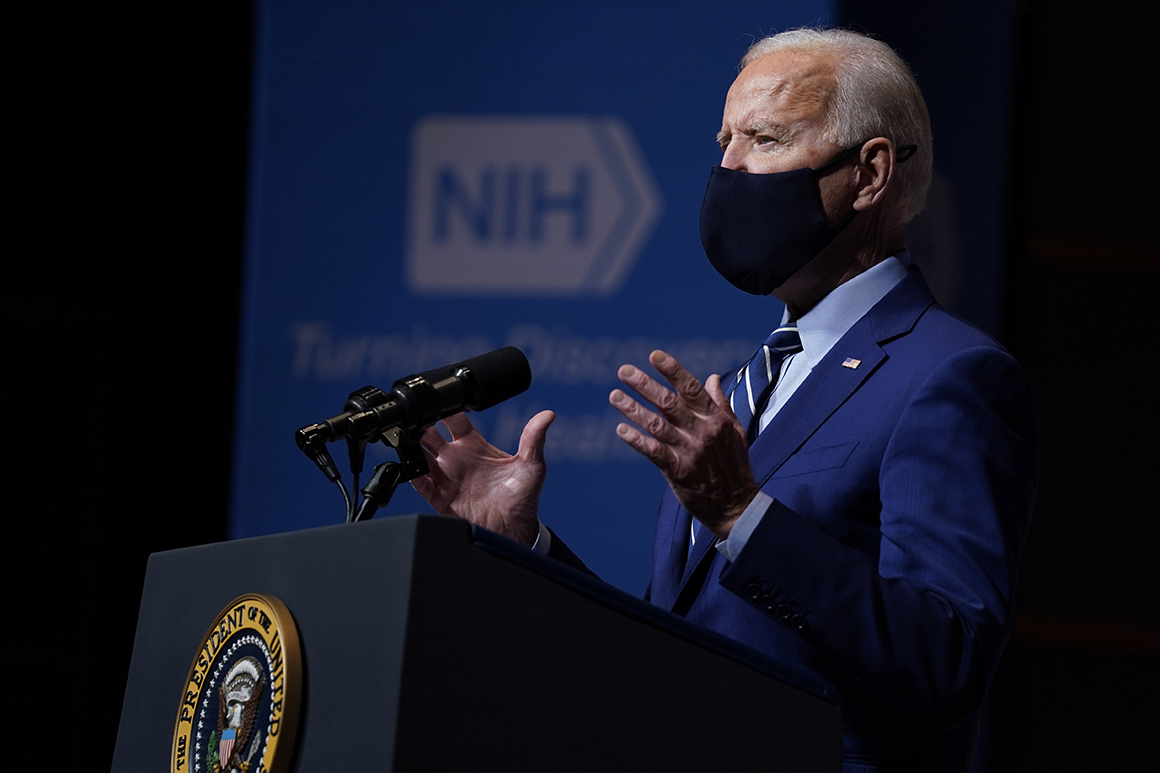 The Chamber embraces Biden. And Republicans are livid.

The influential trade organization says it's taking the same approach to the new administration as it did with Trump.

The Koch network is plotting its next steps following President Donald Trump's defeat by Joe Biden.

I think that after January 6th the business wing had to come to grips with the Republican’s embrace of white nationalist extremism, and that’s really bad for business.

I’m not saying these groups are going to suddenly align with the Democrats. They’re in the same position as the Bush / Romney traditional Republicans.

But I do think they’re going to solidly reject Trumpism and I think they will support Biden on his more moderate policies, staying on his side so they can try to keep him from moving left

I think that the Republicans, under Trumpism, are going to have trouble hanging onto the business wing.

Maybe so. I actually think Joe Biden’s economic agenda, which is big on helping poor and middle-class people, will result in more spending, more demand, and more growth, which is good for business. Also, his infrastructure plan, if he’s able to implement it, will help alot of businesses.

And I think Trump has driven away some of the business wing of the party for sure (like me, for instance).

I guess the agenda of the Republicans - tax cuts for corporations and wealthy, combined with less regs on pollution & labor treatment - is how they think they help business. And there are enough businesses that buy into that. I do think it is whittling down though.

Well, to be fair, if the Dems get the minimum wage hike through, I imagine Business Republicans would flock back.