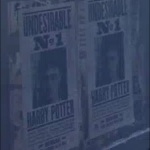 Thanks to Alex from the TheRemembrall.org we now have the complete and high definition video along with some great high res stills of the sneak peek for Harry Potter and the Deathly Hallows contained on the Half-Blood Prince DVD. New is the still of...

Seems pretty ok. Still does not answer the question, how hell are they going to make two films out of all that?

How are they making two films out of the book? Easy. Don’t cut anything out of the hiding in the forest part of the story. Which is really unfortunate because, it could easily be cut down to 20 minutes or less.

What really happened during the camping sequence? From what I remeber, it went like

“damn we have no idea what to do”

Could be done in 5 minutes.

With rare exceptions I refuse to see movies that don’t conclude. I simply wait for the DVD and watch them in sequence. Having read all the HP books, I felt that The Half-Blood Prince was not a satisfactory conclusion, so I figured I would wait for the final film to be released to watch it. Now I hear that they are turning The Deathly Hallows into to movies. I will likely not give a damn by the time all three movies come out on DVD/Blu-Ray.

They seem to have added some scenes. Theres one of Harry-Hermione dancing. Can’t remember that in the novel. What the movie makers? Harry-Hermione shippers?

Like Ollivander though. And Warwick Davis is looking good as Griphook.

From the pictures released…

Would I be right in saying the Battle of Hogwarts scenes have not been shot yet?[/Spoiler] And finally any idea where the cut off point between the movies is?

Here’s the teaser trailer for it.

I think it was released with the two DVD set of HalfBloodPrince today.

They seem to have added some scenes. Theres one of Harry-Hermione dancing. Can’t remember that in the novel. What the movie makers? Harry-Hermione shippers?

I’m pretty sure they danced together at the wedding.

And finally any idea where the cut off point between the movies is?

Quite honestly I think it should stop moments before the battle. The battle, filmed in it’s entirety, plus the ending would make one kickass movie.

I’m pretty sure they danced together at the wedding.

The post at Leaky Cauldron says the dancing “is a new scene as described by David Yates.”

AK84, surely you’ve noticed before that the filmmakers do a lot that’s in line with being a Harry/Hermione shipper. Remember the scene in the pre-task tent in Goblet of Fire?

Thats the thing ain’t it. If you read the books its clear its going to be Ron-Hermione. In the movies, well hard to tell really there is so much Harry-Hermione as well.

Bootleg trailer (but not the cheesy fanmade kind- has actual DH footage with John Hurt). There’s a commercial first.

Deathly Hallows has 2.72 times (UK) or 2.45 time (US) as many pages as Philosopher’s/Sorcerer’s Stone, so there’s clearly between 2 and 3 times as much content from which to work with and not have to cut out like the other movies that have been somewhat abridged. OTOH the middle sequence of them in the woods was somewhat repetitive and could probably be consolidated somewhat. Still with consolidation we’re at 1.5-2 times as much content. That’s easily two slightly shorter than the longer than average length Harry Potter movies to two normal for Harry longer than the average length movies…

And finally any idea where the cut off point between the movies is?

Rumor has it, they may split it into three films.

Why just three? I want a new Deathly Hallows film every year, for as long as I live !!

So we will soon be Deathly sick of it?

*Sorry someone had to say it

I would split it at the point where Ron comes back and they destroy the first horcrux. Lets them end on an optimistic note while still having serious shit to contend with in Movie II.

It’s also almost exactly 50% of the way through the book itself.

Rumor has it, they may split it into three films.