Just watched the special features for the Law & Order UK DVD, and saw that Dick Wolf, who’s interviewed, has some kind of a bulbous growth over his left eyebrow. Really very noticeable. Anyone know what it is? 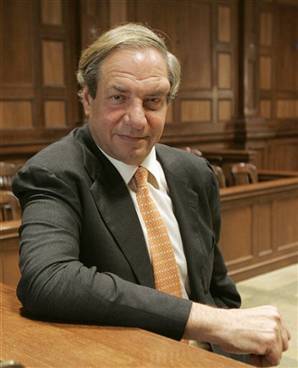 Clearly he’s one-eighth Klingon. Maybe one-quarter, but no more than that.

Could be a cyst, but then it would come and go. I’ll say lipoma (fatty tumor).

Commonly known as a wen. A college professor of mine had one – much larger, over one eye.

Can they not remove it?

So that’s why Sam Waterson always had that drunken, wandering look on his face; he was trying to avoid looking at Dick Wolf’s eyebrow!