Did a thread get completely deleted?

I recently posted a message in a thread about relationships and differing risk assessment with respect to Covid.

I could tell from the response after my post that the thread was likely going to be derailed. The OP was… fairly combative.

But I wasn’t aware that threads just got deleted completely. I am disappointed that I spent some time on a response that I think was decent and it’s just gone. I don’t know where it went, but I’ve seen some pretty nasty stuff get locked and stay up.

It is in the cornfield. The user was banned. For being a “spammer, sock or troll”.

updated to clarify with link and more exact verbiage

Heh. I could actually kinda relate. I only read the OP, but was planning on going back.

You saved me from replying.

Yeah I saw that post before it had no replies and was wondering what had become of it. Probably for the best, I couldn’t imagine a thread based on the tone and content of that rant going anywhere good. One of a few instances today I’ve seen of folks telling people online what they should be keeping with their therapists.

For the uninitiated: a thread is never deleted per se: the mods have their own private forum for such silliness (the “cornfield” WE alluded to above; depending on who you talk to, said term was inspired by either Field of Dreams, Children of the Corn, or the old Twilight Zone ep. It’s A Good Life). HTH.

I’ve always thought it was a Twilight Zone reference.

Definitely from The Twilight Zone: 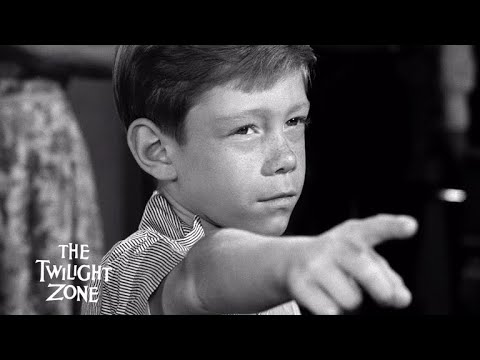 You’ve been on this forum for over 20 years, made 14,000+ posts, and you’ve never seen this happen before? It’s a frequent event. I’ve had threads I was following disappear a hundred times, at least a dozen while I was drafting a response.

I’ve always thought it was a Twilight Zone reference.

But the Twilight Zone episode was based on the acclaimed 1953 sci-fi short story, It’s a Good Life, by Jerome Bixby.

(S)he Who Mods Behind The Rows

Truly. I’ve seen lots of things get locked. I don’t often follow threads that closely (I’ll just open what looks interesting, or respond if I see a notice that someone has responded to me) so maybe they disappeared and I just didn’t notice. Maybe I just don’t usually participate in the more contentious ones?

The user was banned. For being a troll or sock.

How is it possible that you had enough confidence that the guy was a troll or sock to ban the guy over it, but still can’t tell which it is?

Maybe WE? didn’t do the investigation or banning? I don’t think he’s one of the QZ moderators.

Correct, also generic statements are generally better as we don’t like to assist Trocks in their future endeavors.

Though for Trocks and Socks, the forum doesn’t really matter. Unless it is an obvious troll, it usually takes a few mods to a majority of mods to make the banning decision. It depends on many factors, especially active time on the board

FTR: I did the cornfielding once the user was banned.

I think the response is based on the following rule, from this post:

Registration Agreement, Rules, and FAQ About This Message Board

In other words, the fate of trolls, socks, generalized miscreants, and their confielded posts is not supposed to be a topic of open discussion. The less said out loud about them the better.

In other words, the fate of trolls, socks, generalized miscreants, and their confielded posts is not supposed to be a topic of open discussion. The less said out loud about them the better.

Absolutely. The more info you give about how a person is identified makes it easier for them to evade you next time. And naming folks just gives them the attention they’re seeking with this behavior.

Apologies, then. I honestly didn’t realize threads got disappeared, and figured ATMB to be the place to ask. The question has been answered and now I know, so we can let it go. I don’t care about the details; I just didn’t know that disappearing threads was a thing.