Did GWAR ever make up a cause of death for the Oderus Urungus character?

The guy playing him, Dave Brockie, died of a heroin overdose.
But in the GWAR mythos, what happened to Oderus Urungus? Same thing?
My Googling has failed to come up with an answer.

I’ll bump this once

As a part of the band’s complex mythology, on the Gwar Eternal Tour, Mr. Perfect tells Gwar that he stole Oderus Urungus’ immortality and impaled him on his own sword.

Pages for logged out editors learn more David Murray Brockie (August 30, 1963 – March 23, 2014) was a Canadian-American musician, who was the lead vocalist of the heavy metal band Gwar, in which he performed as Oderus Urungus. He performed as a bassist and lead singer in the bands Death Piggy, X-Cops, and the Dave Brockie Experience (DBX), and starred in the comedy/horror TV sitcom Holliston as Oderus Urungus. Brockie died of a heroin overdose in 2014. David Brockie was the youngest of...

Mr. Perfect is an unknown creature, although his species name could just be “Perfect”.

(referring to the song “Torture” from Battle Maximus, the following lyrics:

He is one of the tallest characters that has been on stage with GWAR, and he is not very well-known. He came from the future to strip GWAR of their immortality, then use it to mutate mankind into his twisted version of what the “perfect” human should be. He is ultimately responsible for “stealing Oderus’s immortality and impaling him with his own sword”. He was defeated when the band summoned Gor-Gor.

He is shown killing Oderus in a flashback in issue #1 of the 2017 comic Gwar: Orgasmageddon. 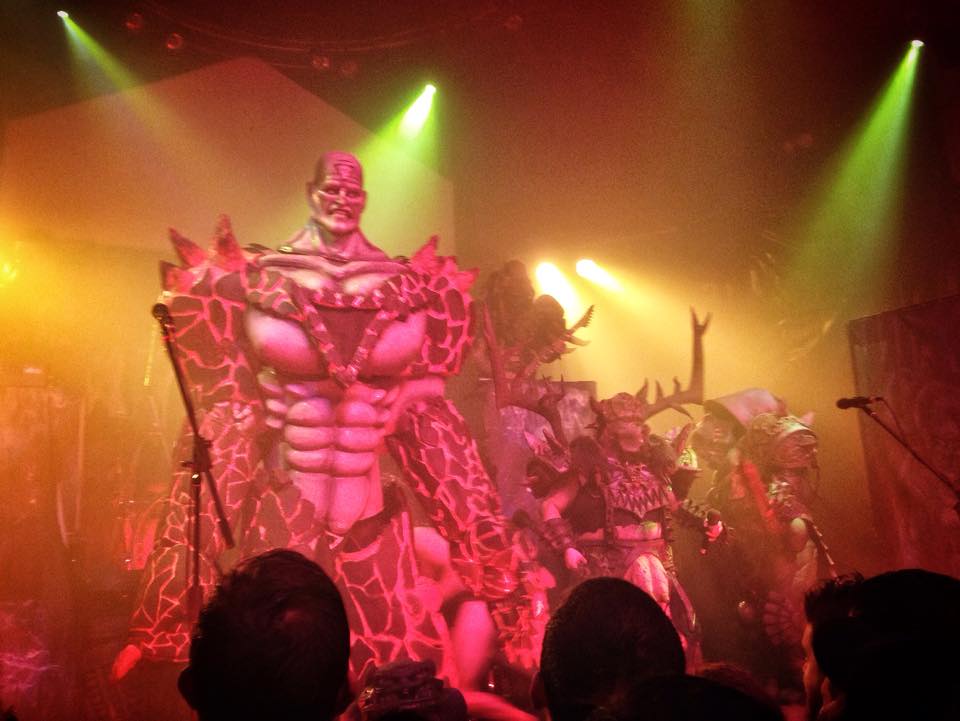 Mr. Perfect is an unknown creature, although his species name could just be "Perfect". (referring to the song "Torture" from Battle Maximus, the following lyrics: "In the realm of the Perfects") He is one of the tallest characters that has been on...

My favorite time I saw GWAR was at 1995 DragonCon in Atlanta. For a couple of days they were running all over the hotel in costume staging fights with themselves and then with any available stormtrooper, Klingon or random dweeb who wanted to have a go. It was hilarious!

Then they played a particularly crazed set, seemingly flooding the ballroom floor with blood and faux offal. I’m pretty sure the hotel had to scrap a bunch of carpet after that gig.