Did I Invent Two Drinks?

I know you all think I make all this stuff up. But I swear to God that the following story is true.

About 20 years ago, I want to say around 1998, me, my father, aunt and uncle used to go to a mall to walk, after we had our Sunday dinner at a nearby restaurant. Anyway I would often slip away to a bar in the mall. And I liked experimenting with various drink ideas of my own. Why not?

Another drink I came up with at the time I called Red Rum. One part Rum, one part Cream and a teaspoon of Strawberry syrup. (I could’ve added Grenadine again. But I imagined sharing this with a younger crowd. So I opted for the Strawberry syrup.) Shaken with ice, of course. And I trust you see I got this recipe name from the movie the Shining. It’s just a random name.

Anyway I could have sworn I saw one or two of these recipes somewhere. Although I just don’t remember what or where. As I said, the first one I could understand. But I think the second one is sufficiently unique, that that would have to be quite a coincidences.

BTW I have another drink recipe, if anyone is interested. I call it Nepenthe Cocktail. As I said before, nepenthe was an unspecified substance, supposed by the ancient Greeks to cause forgetfulness of pain and sorrow. Some think that this was something strong and dangerous, like opium. But others think it may have been the liquor Absinthe. Absinthe is now legal in the United States.

I simply make a Martini, one part Vermouth and two parts Gin. Then I add a couple of drops Absinthe. And I always shake my Martinis.

Thoughts? And have any of you ever encountered these drink recipes? And please tell me where.

I invented a great new drink recipe once-- it was almost 30 years ago now, right before Thanksgiving. My two sisters-in-law, who I don’t get along with very well, were visiting, so to avoid them and kill time I experimented with mixing together different drink ingredients. In doing so, I accidentally knocked my son’s cough medicine off a shelf and some of it went into the drink. It actually made it better though.

But it wasn’t until one of my sisters-in-law dropped her cigarette ashes into it and set it on fire that it really became phenomenal. I named it a “Flaming solost”. But then I made the mistake of sharing the recipe with a bartender friend and he stole it, and made a lot of money peddling it until a national restaurant and bar chain stole it from him in turn.

A former coworker of mine invented a drink he called the “Cheap Screw”, which was a screwdriver made with Sunny D instead of orange juice, and the absolute cheapest vodka possible. It was about as nasty as it sounds.

I simply make a Martini, one part Vermouth and two parts Gin. Then I add a couple of drops Absinthe. And I always shake my Martinis.

I’d almost guarantee this isn’t new. Adding modifiers like absinthe, curacao or maraschino to old-school “original” cocktails was widely done in the late 19th/early 20th century. For example, I’ve seen documented variations on the Manhattan which have both maraschino AND absinthe, and are still Manhattans. And a Manhattan is a sibling to the Martini in that both are a base spirit, bitters and vermouth, with the differences being in what base spirit, bitters and vermouth are used. So it’s very likely someone did exactly what you describe and added absinthe to a martini at some point. And it’s still a Martini, FYI, just like a Manhattan with absinthe is still a Manhattan.

As for the “Shirley Temple Black”, I’d double-down and add black rum (i.e. Goslings or Myers)- both a more mature alcoholic drink AND one made with a ‘black’ (in color) ingredient. Plus, more people would likely find it palatable vs. gin, ginger ale and grenadine.

It seems to me that, even if you use an established named drink, all you have to do is add/remove just one ingredient for it to qualify as a “new” drink.

A few years ago my gf “invented” a drink. She started out with a bottle of Lipton’s Green Tea Citrus. She would open the bottle and drink 1/4-1/3 of the tea. She would then replace what she drank with vodka. She would make these and we took them to various outdoor functions. We could enjoy these even if the police were patrolling.

She called this drink either A Cry For Help or a Putin.

Our youngest invented a drink while they were still in high school. They were asking us what Jagermeister was, and we started talking about a “Dead Nazi” - they pointed out that a Nazi drink should have sauerkraut juice. We decided adding sauerkraut juice would make it an Undead Nazi. (This post does not endorse actually drinking an Undead Nazi).

My favorite I invented it drink is Hard Lemonade with Chambord.

Our youthful drink inventions usually had to do with running out of stuff.

Vodka-Cranberry, but ran out of cranberry? Replace it with Cherry Kool Aid and call it a “Westchester Classic”

Blue Whale (Vodka, Blue Curacao and mixers) but ran out of mixers? Just do Vodka-Curacao and call it a “Killer Whale”

Back in college, we came up with a truly terrible concoction called a “strip and go naked.” It was:

Get a big cooler with a spigot, kind of like the Gatorade bath ones. Add a case of shitty beer, think Stroh’s or similar. A half gallon of vodka. A tub of Country Time lemonade mix and two liters water. Now this is the important part, stir with a lacrosse stick. The handle, not the net, cuz that would be gross.

Modding: As it is about drinks, off to the Café.

Either one of your college friends has spread the word on what you came up with, or one of your friends had already heard of it when you guys made it in college. I’d heard the name “Strip and Go Naked” for a drink before, but never knew what was in it; these various sources all essentially describe the same concoction that you did (none mention the lacrosse stick, alas

This party-sized version of the classic vodka, beer and lemonade cocktail is recommended to consume before a Nebraska football game.

This is a very refreshing summer ADULT beverage that tastes like lemonade. Warning: it packs a punch! A pitcher of these on a hot summer day is the best...if you don't have to drive anywhere! Serve over ice. I know the ingredients sound... 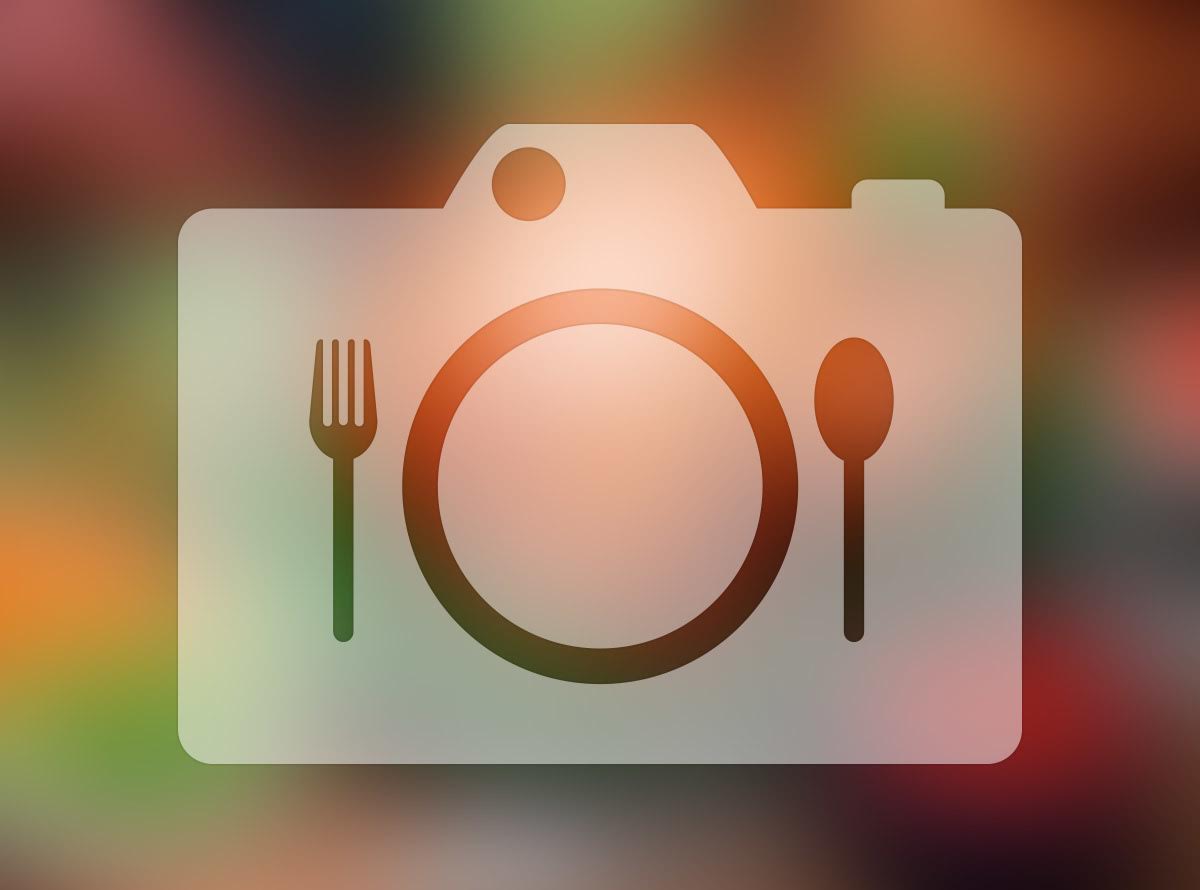 Be careful. These will sneak up on you.

Looks like these are gussied up versions of our humble creation. Ours was +/- 30 years ago.

Nepenthe was an unspecified substance, supposed by the ancient Greeks to cause forgetfulness of pain and sorrow… it may have been the liquor Absinthe.

But seriously, with thousands, or rather millions of people making up drinks, almost any combination of ingredients (especially if they go well together) will have been tried by someone…

I’m still proud of the time one of my students, a bartender, called me to tell me what she was about to pour into a customer’s glass… “Oooh!”, said I (pretty suave, huh?) “Call it a Red-Headed Ruskie!”

My contribution is a mixture of Gin and Ginger Ale. I call it a Gin Drale. It’s quite good.

Our youngest invented a drink while they were still in high school. They were asking us what Jagermeister was, and we started talking about a “Dead Nazi” - they pointed out that a Nazi drink should have sauerkraut juice. We decided adding sauerkraut juice would make it an Undead Nazi. (This post does not endorse actually drinking an Undead Nazi).

I put some Jaegermeister in my mouth once. Adding sauerkraut juice probably would have improved the experience.

And a Dead Nazi adds Rumplemintz. Oh, the combination of Nyquil and mint mouthwash. It really can only be improved upon.

If you’re looking for something a little lighter, I believe I’m the inventor of a drink I call the “Gramarye Island Iced Tea”. One part honey mead to one part cooled Earl Grey tea, sweeten to taste with a few drops of honey.

(post withdrawn by author, will be automatically deleted in 876000 hours unless flagged)

Amygdaloidal basalt - mint liqueur droplets in Amarula creme liqueur. Possibly you needed to be a geology student.
CB-sub - a shot of black sambuca upside-down in a glass of cider…again, very much a student drink.

A former coworker of mine invented a drink he called the “Cheap Screw”, which was a screwdriver made with Sunny D instead of orange juice, and the absolute cheapest vodka possible.

I “invented” this back in the early 80’s. We called it an Artificial Screwdriver. I like your name better!

ETA: Also, once out of necessity we mixed Bacardi and beer together. It’s good enough that we used to drink it occasionally.