Did you just KNOW something was For. You,

In 1975, I read a synopsis of ‘Tommy’ by the Who, and I just KNEW I had to have it. I worked at a movie theater, and on my break ( in the winter at night) I crossed a 4 lane road to go to the K-Mart and buy that album…Years later, I saw a synopsis of ‘Lost’ in tv guide, and I just knew I would have to watch that! It was like some voice 'o god came down from above. I just knew.

Welcome to Night Vale. I think I heard about it when one of the creators or maybe the main actor was on Wait Wait Don’t Tell Me or possibly Ask Me Another. They gave a sort of brief synopsis of it and I knew it was basically made for me. It’s weird and wonderful and surreal and funny, dark (but not too dark) and fantastic, and wonderfully nerdy. I love it so much.

Hunger Games was another- I hadn’t been regularly reading for pleasure for a few years when it came out (depression, y’all. Takes away the things you enjoyed. I don’t recommend it.), so I hadn’t read the books. When I saw the previews, I made plans to see it ASAP. And as soon as I saw it, I went out and got all three books and read them back-to-back. And then kept reading.

Which brings me to Discworld. Which may not actually count here. Because it took at least until I had started my first book to know. But once I did, reading the rest was a foregone conclusion. It was like they were written just for me.

I hadn’t finished the first paragraph of the blurb on the dust jacket sleeve but I already knew I was going to love The Hitchhiker’s Guide to the Galaxy.

I watched them set the album on the shelf, picked one up and instantly knew that Stormtroopers of Death’s Speak English or Die would be something seminal.

I read an excerpt of the first Discworld novel Colour Of Magic in a magazine, when I was 17, and instantly knew I was going to buy that book immediately. Which I did, and every single one after as soon as they were published in paperback.

My 2014 Juke. I was emergency car hunting in October - got T-boned - and ran across it. I kept thinking nah… then said what the hell and booked a test drive. It’s definitely me.

The trailer for “A Quiet Place”. I don’t generally watch horror movies, but I knew that one would be for me. Then I watched the movie, and was absolutely delighted.

Dungeons and Dragons. I was so bored with card games and board games and even the nascent video games of that era. Then along comes this thing with no explicit goal, no set cast of characters, no unending repetition of challenges. Yeah, that’s for me.

Later on, I learned that Stephen King and Peter Straub had teamed up to write a book, The Talisman. I couldn’t get to the book store fast enough. I think I even took off work early.

What We Do in the Shadows - I accidentally came across the movie on Amazon Prime. I’d never heard of it until then. I loved it. Then lo and behold the TV series arrived. I was really surprised because I assumed the movie was pretty obscure. When I watch the series’ episodes, I am smiling (or laughing) through the entire show.

I am usually not the directly intended audience for things, but one film that hit me square in the middle was Peter Jackson’s take on King Kong. We clearly had the same fanboy background for this. I didn’t think the film was too long – even in the full Director’s Cut. I grew up on Famous Monsters of Filmland, so I knew about the Spider Pit sequence, and had seen the storyboard and the one remaining photo from it. so I didn’t think that was an annoying diversion.

The fight against the triceratops (rather than a stegosaurus) that’s in the Director’s cut recalled an element from Delos W. Lovelace’s novelization (and not in any prior version of the film).

The staging of Kong’s debut in Times Square in the winter is perfect. It not only shows the contrast between Kong’s tropical island and his demise in New York, it also brings up the subtext I’ve always seen there about New York as a cold and barren place compared to Kong’s lush and verdant home.

The final battle atop the Empire State Building took the original’s innovative animation of the camera and squared and cubed that. Kong leaping from the top of the building to swat one biplane out of the sky and almost falling was an absolutely perfect moment. Kong almost carelessly brushing off the aerial atop the building acknowledges an issue (Kong couldn’t stand on top – there was something in the way) and disposes of it in one quick movement.

Having Rick Baker play one of the biplane pilots recalls Ernest B. Schoedsack and Merian C. Cooper playing the pilot and gunner who shoot Kong down in the 1933 film. “We should shoot the bastard ourselves,” one of them is reported to have said. Baker had played Kong in the 1976 version, so it’s a sly reference to that earlier, lesser film.

And the long, slow fall of Kong from the top of the Empire State Building, viewed from above, recalls a scene they tried many times to film in 1933 but just couldn’t get the effect to work right. Much more dramatic than the dropping of the “rag doll” model shown in silhouette that they had to use.

And the scenes in New York City just looked and felt so right. The recreation of 1930s times square, with the Pepsodent sign, the look of the 1930s theaters, the homeless camps in Central Park in the depths of the Depression.

It all just worked perfectly, with all those touchstones to other incarnations of Kong and the times.

The first time I saw a poster for an SCA event.
When my dad showed me the cover of a book he’d just bought, with these hooded riders on it. We’d read The Hobbit at school, so I knew the name Tolkien. But this looked different.
The cover of The Sundays’ Reading, Writing and Arithmetic. I just knew I was going to love it when my friend showed it to me: 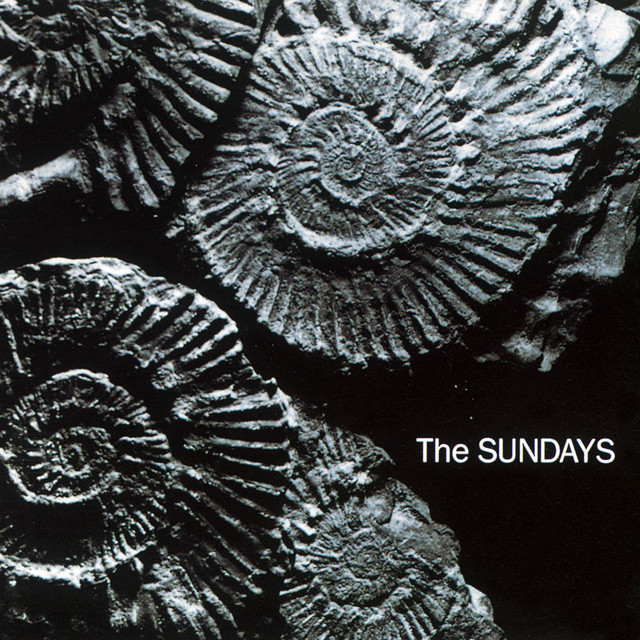 The first time I watched Mystery Science Theater I felt like I was in a room with a dozen people who shared my weird sense of humor.

I used to work at a video store (dinosaur, I know) and I had heard about this movie called The Commitments but it took FOREVER for it to come out on tape even though we had the trailer on one of our repetitive reels. I just knew I would love it and when it finally arrived, I probably kept that from our customers for a week and kept re-renting it so I could watch it over and over again. Great movie & soundtrack too.

You didn’t write this, did you?

Thirty-three years ago, on November 24, 1988, Mystery Science Theater 3000 premiered on KTMA, a cable access channel in Minneapolis. In human years, the show is out of college by now (probably), ma…

In college I read a review for an album called “Rings Around The World” by a Welsh band called “Super Furry Animals” that summed up the album as “A Sgt. Pepper’s for the information age.”

I knew nothing about the band, but bought the album entirely based on that one sentence. It became one of my all-time favorites. Saw them live a couple of times, bought a handful of their other albums.

Sid Meier’s Civilization, I saw a small (2 paragraph) review of it in a PC games magazine and I knew I HAD to play it, I still do 30 years later (Mostly CIV IV, but I have CIV V and VI).

The Lord of the Rings, in this case it wasn’t even a review, it was an side reference in a magazine article about something completely unrelated, some months later I skipped high school to go the public library (I was one of those dangerous teenagers…) and searched for it, you could say I liked it

Sid Meier’s Civilization, I saw a small (2 paragraph) review of it in a PC games magazine and I knew I HAD to play it, I still do 30 years later (Mostly CIV IV, but I have CIV V and VI).

PREACH! My son keeps asking me, “Dad, when are you going to move on to Civ5 or Civ6?”, and for fifteen years, my answer’s been the same: “When I get tired of playing Civ4.”

Often enough, when I hear a piece of music for the first time, I’ll just know it will be good material for working out a fingerstyle guitar arrangement. The most recent one is the theme song of the film Soldier in the Rain. If there’s a bass on the bottom, chording in the middle and a solid melody on top, I’m in.

The film What About Bob? with Bill Murray and Richard Dreyfuss, directed by Frank Oz and released in 1991. The artists aren’t among my favorites, but the plot had me from the get go: A neurotic but not-as-dumb-as-he-seems patient wreaks havoc in the life of his egocentric, humorless psychotherapist. I loved it, despite the disappointing third act.

I was at a point in my life where How I Met Your Mother was the perfect show for me, at the time it came out… Of course, they then went on to ruin it, in my estimation, by how they ended it (Also, Victoria should have been the Mother, and the showrunners brought her back in Season 8, just to tank her character, because they were still mad because she won that poll, and I will die on this hill!).

I think too much focus is given on the final episode. The last season was awful, and it had plummeted a bit the season before. I was rewatching them all and around early Season 8, I just went “nah. no more, this is crap”.

Loved Barney, loved Robin, Marshall, Lily (not Ted, suffered him) all the way through till then, but it lost them then. Babies usually do this to me in comedies, so it was maybe that (Friends, arggggh, though I blame Monica and Chandler getting together ruining the two best characters), but I can’t recall when that happened.

Someone usually comes out with “the showrunner went off to make Cloudy with meatballs after Season N” or something which links this up. I don’t care enough when that (or if that) happened.

I oscilate between IV and V, but IV with the mods (New Dawn and Caveman2Cosmos) has me in its claws right now.