The Egyptian president has ordered the powerful head of the army and defence minister, Field Marshal Hussein Tantawi, and several senior generals into retirement and cancelled constitutional amendments issued by the military restricting presidential powers.

Mohamed Morsi announced through a spokesman on Sunday the dismissal of Tantawi and his appointment as a presidential adviser.

According to state television, Abdul-Fatah al-Sessi would replace Tantawi as defence minister and the general commander of the army.

Morsi also sent into retirement the chief of army staff, General Sami Anan, and appointed him as a presidential adviser.

Al Jazeera’s Rawya Rageh, reporting from Cairo, said that would be no exaggeration to say that no one saw this one coming.

No doubt. But the question is, is Egypt’s military establishment going to take this lying down? After making clear repeatedly over the past two years that they still consider themselves not only a legitimate political force, but the most legitimate one in the country? And if they decide not to take it lying down . . . well, I guess that means civil war.

Their analyst thought it would work out without civil warfare; the military would wait and see how this goes. At least, now, if the economy fails to recover, the military doesn’t have to accept the blame.

No doubt. But the question is, is Egypt’s military establishment going to take this lying down? After making clear repeatedly over the past two years that they still consider themselves not only a legitimate political force, but the most legitimate one in the country? And if they decide not to take it lying down . . . well, I guess that means civil war.

Well, it wouldn’t be the first time the Egyptian military ever so delicately influenced the government.

Morsy is acting with the support of at least some highly-placed officers in the Military Council.

Sounds like there may be a good chance that this is the case: “the likely scenario is a coup to counteract a coup”

“Al-Assar, Al-Sisi and others led a coup against Tantawi and Anan in order to preempt a prospective coup attempt that could have gotten the army into uncertain political confrontations—specifically confrontations that could have led the military establishment to lose everything vis-à-vis the MB. Consistent with this theory is the fact that Al-Dostoor newspaper was confiscated yesterday after effectively making a public call for a coup–which suggests that some elements within the SCAF had been prodding their allies inside the media establishment to begin promoting the image of popular support for a coup”

It is clear to me that something was planned for 24 August 2012 and that is what was pre-empted. The Muslim Brotherhood (Morsi) had to have the support of some elements inside the army so as to come out with this decision.

Though sounds like the verdict may be out on whether Morsi definitely did this in cooperation with other SCAF members, and what it might mean (http://www.acus.org/egyptsource/egyptian-president-morsis-counter-coup-move-three):

There are several possibilities for how Morsi’s move will play out over the coming days and what it will mean for the long term. The immediate question is whether Tantawi and Enan will step aside or will strike back at Morsi, either immediately or later on. That might depend on whether more junior members of the SCAF—al-Sisi, Sobhi, and al-Assar—cooperated with Morsi against Tantawi and Enan. If not, another military coup could take place. Another possibility is that Morsi’s decree will be challenged in the courts and his appointments overturned. Either of these scenarios would be likely to lead to violence between military and Brotherhood supporters.
If Morsi’s moves stand, it could be months before it is clear where they will take Egypt. Optimists on Twitter August 12 were saying that Morsi was finally removing the dregs of the Mubarak regime and would now implement the goals of the 2011 revolution. Certainly it would have been difficult, perhaps impossible, for Morsi to be an effective president under the constraints the SCAF had set up for him. But there is also the possibility that Morsi will move beyond the caution of his early appointments to bring more and more Brotherhood members or sympathizers into senior positions, carrying out the putsch that many have feared.

Apparently Tantawi and Anan didn’t see it coming. Supposedly no negative reactions so far from the military:

Meanwhile, a military source said there is no negative response to Morsy’s decisions.

Egyptian Television broadcast a statement from a military source saying, "It is not true that there are negative responses among members of the armed forces to the decisions [made] by President Morsy.”:

Wow. That attack last week is turning into a real watershed moment.

Wow. That attack last week is turning into a real watershed moment.

What’s that got to do with this? Serious question.

What’s that got to do with this? Serious question.

I think the generals caught a lot of blame for what happened, which gave some of the pretext to shake things up.

Exactly. The attack in the Sinai had everything to do with this upheaval.

For those following at home: a couple of weeks ago, the Israeli government issued an urgent travel warning for the Sinai, due to signs of an imminent terror attack. On August 5th, a team of attackers, of a yet-unknown group (possinbly Al-Qaida-affiliated, possibly originating from the Gaza Strip) attacked an Egyptian army base while the troops were breaking their daily Ramadan fast, killed 16 soldiers, stole two Fahd armored vehicles, and headed toward the Israeli border. The first vehicle exploded at the border crossing, and the second managed to get about a mile into Israel before it and its passengers were taken out by an Israeli helicopter, supported by tanks and infantry. All of the attackers we apparently killed.

Morsi immediately fired the army’s Chief of Intelligence and the military governor of northern Sinai, and after being told that they couldn’t guarantee his security when visiting the soldiers’ funeral, the commander of the Presidential Guard as well. The attack inspired a huge amount of public anger in Egypt, and exposed the military - and especially its commanders - to charges of incompetence, especially in comparison with Israel’s prompt response. If the military’s prestige hadn’t been weakened by this affair, there’s no way Morsi couldn’t have fired the Minister of Defense, Chief of Staff and commanders of the Army, Air Force and Navy, and restricted the military’s legal powers. The Egyptian army’s political power comes not just from its troops, but from its image as the protector of Egypt, and if it can’t protect itself, then why respect it?

The incident in Sinai has to be the most detail free event I can recall: A bunch of unknown men - but foreigners - tried to storm the Israeli border in two stolen armoured vehicles? 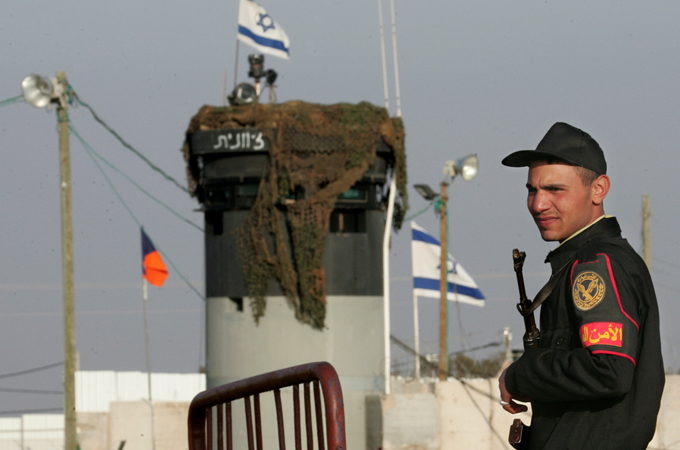 At least 16 officers killed and others wounded in armed attack on police station near the border with Israel.

The general opinion here was that their plan was to reach a nearby town or army base, kill as many people as possible, and retreat with hostages - a raid, not an invasion. As terrorists had never used armored vehicles before, they were probably hoping for a “shock and awe” effect among troops prepared for lightly-armed infiltrators. Unfortunately for them, the Israeli army was keeping a very close eye on the Sinai.

I’m sure that there are plenty of conspiracy theories out there. I tend to ignore them and the idiots who believe in them.

Well, thanks for “the general opinion”, as well as your own.

You have a better one?

Better than the “general” Israeli opinion, or your own Israel-friendly opinion?

Either are, I’m sure, clearly preferable to “conspiracy theories” “and the idiots who believe in them”.

On the other hand, maybe I’ll just wait a while and see what pops up.

The incident in Sinai has to be the most detail free event I can recall: A bunch of unknown men - but foreigners - tried to storm the Israeli border in two stolen armoured vehicles?

What are you suggesting? An Israeli false-flag op? Too risky – could lead to a full-on Egypt-Israel war if it came out. The Israelis aren’t that reckless. And the only effect of discrediting the Egyptian army is to strengthen the MB-led civil government anyway, why would Israel want that? Or, are you suggesting a false-flag op by Morsy?

My theory and that of Israeli military analysts according to the known facts. If you feel like challenging it, go ahead.

What are you suggesting? An Israeli false-flag op? Too risky – could lead to a full-on Egypt-Israel war if it came out. The Israelis aren’t that reckless.

Also, this political weakening of the Egyptian military has weakened Israel’s position - Israel got along with the military. If anything, Israel would be propping them up, not making them look bad.

Better than the “general” Israeli opinion, or your own Israel-friendly opinion?

I’m not suggesting anything other than there’s not enough information, and what information there is comes from one quarter.

Two sources: Israel and Egypt. Sources that do not contradict each other.

And what information are you lacking? Other than the identity and the origin of the attackers, we know pretty much everything.