Even when Beck's bad, bad, bad she's good.(New critter in the house!)

I woke up a few days ago, fed the cats and looked out on my deck.
There, is all his glory, was a big ol’Dog, lounging on one of my deck chairs.
I decided to ignore it. Maybe I was seeing things.

I was bitten by a stray last year so I’m cautious.
Mr. Wrekker got up and I pointed out on the deck. He opened the door and here came the big Ol’Dog right into my kitchen. Cats hissed and flew to the beams.
All the little dogs started dancing around and barking.

He was very friendly, it seems.
Son-of-a-wrek showed up as he does most mornings. Big Ol’Dog woofed a welcome. And ran out to meet him. And followed him back indoors.

No collar or tags. He was clean and plump. Looked to be neutered. A tricolor shepherd-y dog with a dose of hound. Docked tail and clipped ears.
No pestilence on him.

Now, I live far out in the woods. Too far for the average dog to just wander up. And not at least be foot sore. He looked like he caught a ride out here.
Oh, yeah. He probably did. He was dumped off. Most likely.
It happens. A lot.
I usually find a place for these dogs or take them to the shelter.
I emailed his stats and pic to the shelter in case someone was searching for him. They had no inquiries for such a dog.
I was talking to a fellow Doper and relayed my shaggy dog story. This person immediately told me “You have a new dog, name him Bayliss the Tail-less.”
So I did.

Everyone likes Bayliss. And Bayliss likes everyone. A happy dog. He’s been walking with me. The Chihuahuas and Betsy take off running after aromas. Bayliss stays right at my heel. He barked like an idiot at a squirrel he saw. I don’t think he’s ever seen one before. He’s an urban dog, I’ll bet.

Bayliss the Tail-less is a good dog.

He’s very curious and aware. Watching as the kids play. Watching me as I move around.

Son decided he was gonna be his dog.
We had a contest. We both called him at the same time. He came to me, first. “My dog.”

Monday Son takes Bayliss to the vet. He got checked for a chip and a looking over. No chip. The vet said he looked well cared for. He agreed Bayliss was neutered and had had dewclaws removed and the tail dock and ear clip. These were all surgery’s.
Someone cared for this dog.
Son said: “My Dog”

The vet took pix and put him on their lost dog web page and on the bulletin board. And our phone numbers.

Uh, oh. I like this dog. Son likes this dog. All the kids and pets like this dog. (well, except for 2 Siamese cats)
Mr.Wrek is non-committal. He said he best not like fancy schamcy dog food. Ol’Roy was good enough for Big Ol’Dog: Bayliss the Tail-less
Bayliss is a good dog.
“My dog.”
Bayliss really really likes DILs casseroles. Thank God.

Son had Bayliss jump in the back of his truck and took him for a ride. He reports Bayliss stuck his head thru the sliding back glass for the whole ride.
They rode to the county line Liquor store. No one there recognized Bayliss. Son said: “My dog”

Son called Bayliss when he went home. Bayliss jumped right in the back of the truck.
Son said: “My Dog”

God, I hope no one claims him.
My dog: “Bayliss the Tail-less”

Aww, what a sweet story! Bayliss is a very lucky dog. Or maybe it’s not just luck – maybe your kind reputation with animals is known far and wide. I mean really, anyone who can love Siamese cats must have the endurance of a saint. Especially cats who spend much of their time in the rafters, which I’m convinced is a ploy to watch, wait, and then pounce and kill.

Congrats on the new member of your family, this time a gentle and loving one (unlike the damn cats). I’m sure he will have a glorious life out there. My only comment here is about your violation of a sacred rule of the board: no cat or dog acquisition may be described or claimed without pictures. “Pics, or it didn’t happen”, I believe is the standard ruling. So get with it, and let’s see Bayliss!

Ok. I’ve got a couple good pix. I’m working on posting them.
So confusing.

Oh, what a wonderful story about a wonderful dog! You’ve been gifted. So has Bayliss. And for the record, he’s absolutely, positively your dog.

My Stumpy was placed out on the road along with a bag of dogfood. 9 months old and in her first heat. It looks like I’ll have her for the next 12 years. Stumpy

Mr.Wrek likes to say dogs hit the lotto when they turn up on my deck.
I’m gonna see to them. Just who I am.

I was thinking the last few months I wanted a good size dog.
A brave dog.
One with a loud woof.

Bayliss has the biggest woof, evah!
It almost shocks me when I hear it. He’s such a pleasant dog it seems outta character.
I’m happy he’s not too barky barky, though.

Tonight all the dogs were on the deck and Bayliss was herding them. He kept those Chihuahuas rounded up. My little Yorkie just flopped over on her back and he pushed her around with his nose. So cute.
Betsy the Beagle might be a touch jealous. Her throne of Alpha dog was never secure. She’s not got the right stuff. I think she’ll be happier at a lower status. She’ll get lots of love and treats to ease her transition.
I got a text from Son-of-a-wrek.
It said: “My Dog”
I text him back: “Nope”

Ok. I’ve got a couple good pix. I’m working on posting them.
So confusing.

It’s not so hard, Beck. You need to upload your photo to a hosting site (Flickr or Imgur work well), then post the URL of the photo here, on its own line. You’ll have to register on those sites, but once that’s done, it’s easy to upload your photos to them. I posted a step-by-step how to post photos from there (and other sources) to here on the SDMB, in the Caption Contest thread in Thread Games:

Well, dang it. I got the pic all the way here. I hit reply. It said you can’t imbed in a post.
I’m working on it.

@Beckdawrek Try ImgBB. It’s quicker and easier, and you don’t even have to sign up. 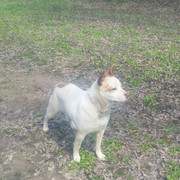 Of course, I hate dogs.

But a dawg who eats the casseroles and herds all the other animals, that sounds like a keeper! Just controlling the little yappers is keep-worthy!

Now we need to see if Bayliss’s WOOF scares off feral pigs!

Well, I screwed up and put Bayliss’ pic in another ‘Topic’

Well, I screwed up and put Bayliss’ pic in another ‘Topic’

Here are direct links to your images in the other thread 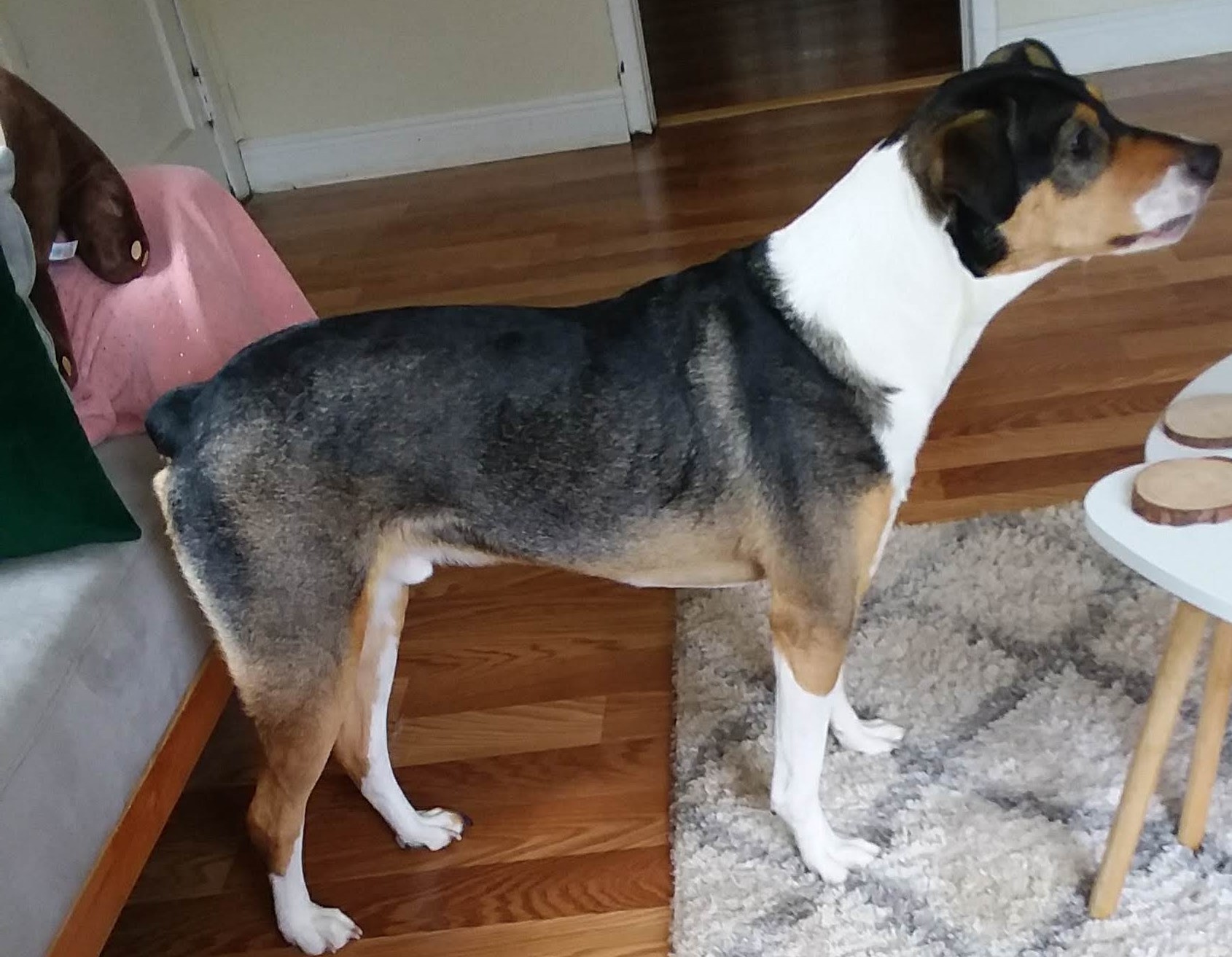 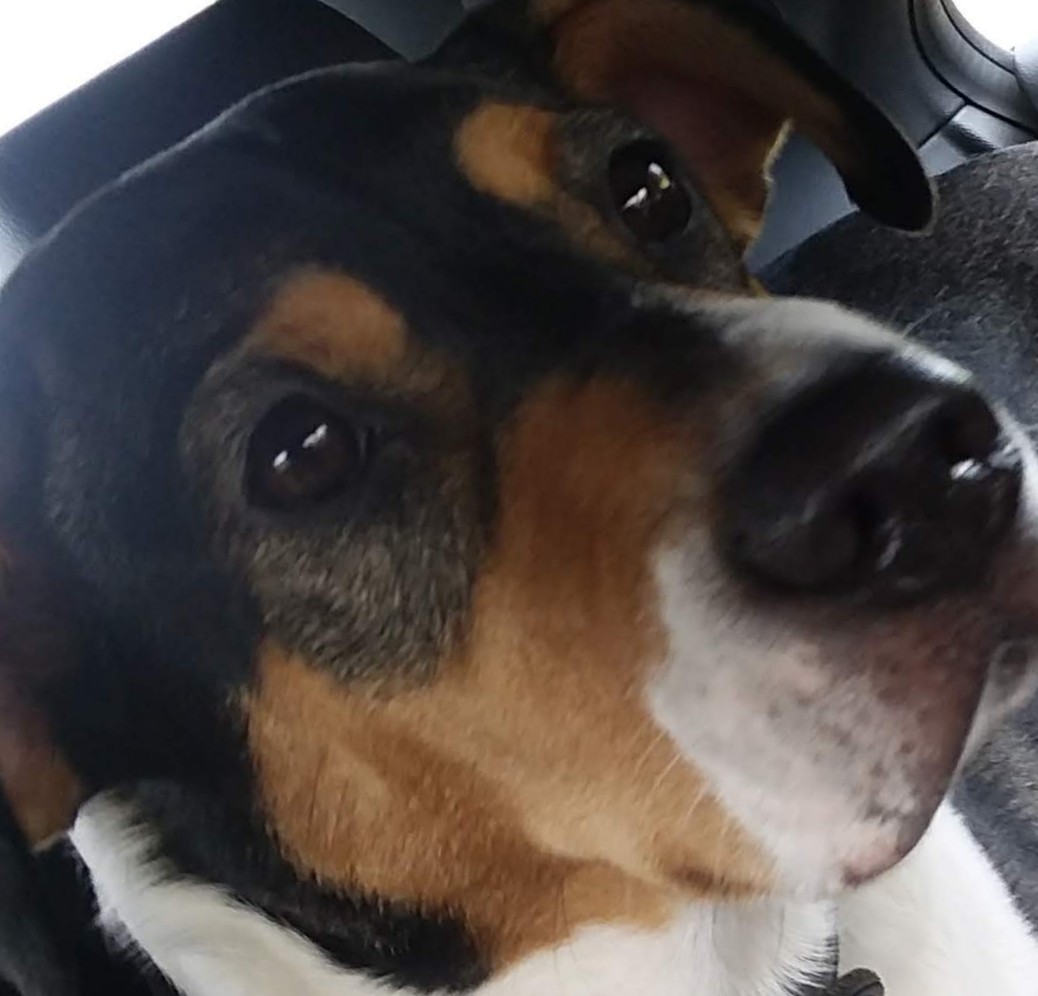 Thanks for posting. Yes, he’s a gorgeous boy. Love the tri-color and the big patch of white on his upper body, and that absolutely adorable face! 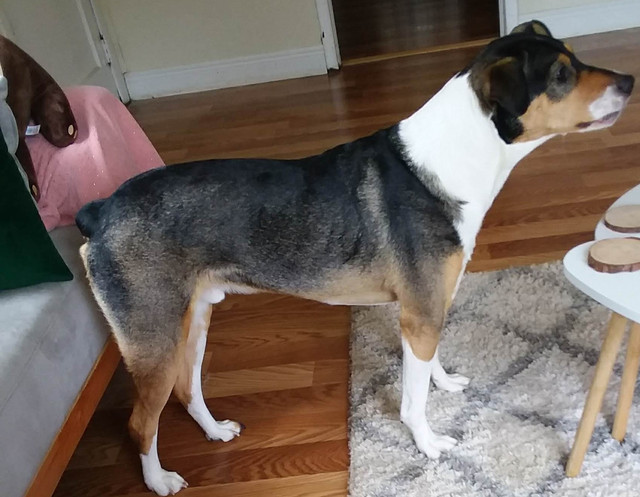 Oops. I think I made a new ‘topic’
I meant this to be in my previous thread.
I flagged myself

what a gorgeous boy! your dog indeed!

He is cute ain’t he?
He’s a bit nervous about the weather this morning.

Bayliss is a BEAUTIFUL doggie! And such a sweet face!