When I was a kid we would have extra long spaghetti. It came in a long box and was doubled over, so that when it was cooked it was twice the length of the box. Is this stuff still available?

I saw it once but it’s been awhile. I like that Giant Eagle has half size spaghetti in small boxes.

Was it doubled over and dried? That’s a new one on me. I love long spaghetti and it’s getting harder and harder to find in the long packages (25” - 30”) I remember as a kid.

Yes, it was doubled over and dried.

I found this. Seems expensive (although it is a kilo). Each strand is near 20" long.

On the flip side this thread reminds me of the Italian boyfriend being shocked when his GF breaks spaghetti in half. 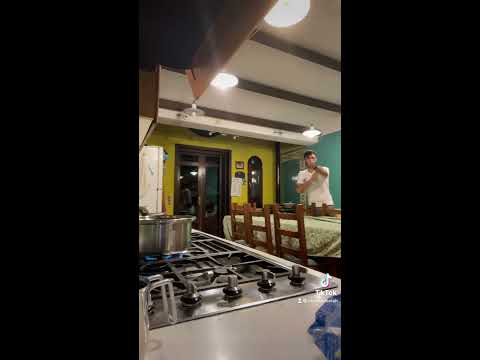 Breaking spaghetti in front of my Italian fiancé

Meter long Spaghetti hand wrapped in Dolce & Gabbana designed paper packaging. This new packaging is like a postcard from Italy, to enliven tables worldwide thanks to their lively Mediterranean design. The pasta is folded over once for a total...

For those prices, ill super glue my own spaghetti together!

Some supermarkets have fresh (not dry) pasta in the refrigerator section. I imagine in that form, they could have long spaghetti without needing unwieldy packaging.

And they use a bronze die, which gives the pasta a better texture.

Spaghetti is hung on rods to dry and then cut to length so there will always be one piece with a kink in it. Extra Long spaghetti is a way to avoid waste by taking what would ordinarily be discarded and turning it into a premium product. The limitation is that for every N boxes of regular spaghetti, you can only ever produce 1 box of XL spaghetti so production is limited.

I saw it once but it’s been awhile. I like that Giant Eagle has half size spaghetti in small boxes.

I have a friend who always breaks the spaghetti in half before putting it in the boiling water. I’ve never seen the extra long or half-size spaghetti in boxes in a store. I didn’t even know they exist.

I have a friend who always breaks the spaghetti in half before putting it in the boiling water.

I do, too. I don’t like slurping or twirling, and it tastes exactly the same in smaller pieces.

and it tastes exactly the same in smaller pieces.

So does a ham sandwich if you put it in a blender.

Yes, and a bonus because you can use a straw. Good for long distance driving.

I do, too. I don’t like slurping or twirling, and it tastes exactly the same in smaller pieces.

Aw, come on, there is joyful etiquette in spooling pasta!

No it does not. That’s ridiculous. Breaking the spaghetti doesn’t change the texture or mouth feel or taste.

To be honest, I feel it does change the mouthfeel. I mean, do what you like, but there’s a certain joy I get biting through many layers of spaghetti wound on a fork vs spaghetti broken in half. I mean, this is a difference I have empirically tested and this is a difference that is noticeable by me. Broken spaghetti just doesn’t wind itself on the fork properly for me to get that feel. It all tastes the same though, true. And I don’t expect most people to care about that textural aspect, but it makes enough of a difference to me. I also don’t like my spaghetti overcooked so it collapses into mush in my mouth.