I don’t know the current term for people who are significantly smaller than average. The last I heard was “little people,” but it that is wrong, please forgive me.

The Decades channel is showing non-stop Wild, Wild West, including the Dr Loveless episodes. The bad doctor is played by the delightful Michael Dunn, my entry to this list. 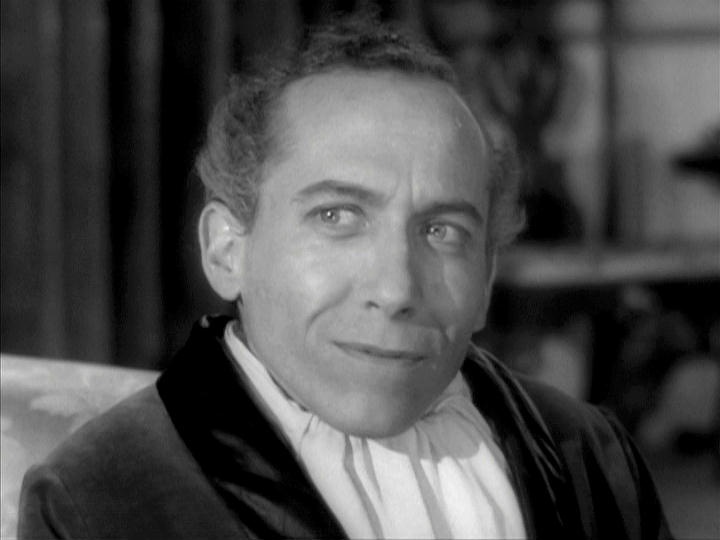 This is his magnum opus, from Living in Oblivion:

Billy Barty was great. As a kid I assumed he was Canadian because of his appearances on “Bizarre” and the Telemiracle telethon. Working with Spike Jones and on “Day of the Locust” is just scratching the surface on his long career.

In addition to his better-known roles (including Star Trek), ther was Goodnight, My Love a made-for-TV film noir with Richard Boone that should have been a series.

WWW is a great show! havent seen it in ages.

No favorites, just happy to see them all acting -

Hayley Burroughs. Was a lading in waiting in ELizabeth, with Cate Blanchett

Warwick Davis has a very long career but I love him for his tv work with Ricky Gervais.

Dinklage is probably the best actor.

But I was watching Forbidden Zone yesterday so a shout out for Herve Villechaize.

Angelo Rossitto, Actor: Mad Max Beyond Thunderdome. Small in stature at only 2' 11", but big in demand onscreen, the diminutive Angelo Rossitto was one of Hollywood's busiest "small" actors and appeared in over 70 feature films between 1927 until...

Only 2’ 11" and with an unmistakable gait, A.R. was discovered by John Barrymore who gave him the role of Beppo, best friend of the hero François Villon, in The Beloved Rogue (1927), thereby launching a six-decade career that included parts in many Hollywood classics, often uncredited. Among my faves, his “undersea creature” in Mysterious Island (1929, recognizable despite the costume), Freaks (1932), The Sign of the Cross (1932, impaled by an Amazon’s spear), A Midsummer Night’s Dream (1935, conducting a gnome orchestra), 1970s cult TV shows H.R. Pufnstuf and Lidsville, Mad Max Beyond Thunderdome (1985, one of his greatest roles as “Master Blaster” which he played while nearly blind), Orson Welles’ last film The Other Side of the Wind and many others. He’s even featured as a character in Nathanael West’s 1939 novel The Day of the Locust.

It would be hard to find any actor, regardless of size, with such a long and impressive resume.

I haven’t seen GoT, but Dinklage is so handsome I expect him to be a leading man getting the leading lady someday if he hasn’t been one already. I like how he avoids rôles where his stature is a feature, much less a requirement.

Have you seen Knights of Badassdom? I don’t recall him being short being necessary to make that movie awesomely stupid.

Daniel Frishman - you might remember him as D.A. Vincent Daniels from “Night Court”.

David Rappaport, whose IMDb bio mentions both Dunn and Dinklage.

How could we forget Tony Cox in Bad Santa?

No love for Herve (da PLANE, da PLANE) Villechhaize? Nah, he really couldn’t act. I’d go for Danny Devito to be at the top of my short list.

Jerry Maren was one of the greats. From Wizard of Oz to Seinfeld. What a career.

Cork “Corky” Hubbert is of note. On the small side but not as short as others mentioned here.

He was visiting LA and waiting for a bus. A guy pulled up asked him if he could act. Corky said he could (he had never acted before) and Hollywood took him in.

He played the chief good Munchkin in Under the Rainbow*, did Where the Buffalo Roam and other things. (Appeared quite often as an elf in Christmas commercials.) But one amazing role was as Cousin Lyman in The Ballad of the Sad Cafe. Here’s who he starred with: Vanessa Redgrave, Keith Carradine, and Rod Steiger. Each one an Oscar winner (although Carradine’s was for song writing).

Was watching an old Norm MacDonald thing with guest David Letterman the other day. Dave mentioned some of the offensive bits comic Lenny Schultz used to do. One was having Corky sit on his lap like a ventriloquist’s dummy.

See what waiting for a bus can get you?

Died young at 51 due to his physical condition.

Hank wasnt an actor really but he was very entertaining.

My sister and I were walking though a mall a while back right after The Station Agent came out and I loved that movie. I’m pretty sure my sister had never seen it. Anyhow a vertically challenged person (with company) was walking toward us and I started staring. My sister admonished me for staring and I responded, “you don’t understand, it’s Peter Dinklage!”

I didn’t meet him as I’ve never been one to bother famous people, but I’ve always thought that was a little funny.

I love Peter Dinklage, but if he counts my pick would be Danny DeVito. He’s 4’10" so he is definitely below average.

I haven’t seen GoT, but Dinklage is so handsome I expect him to be a leading man getting the leading lady someday if he hasn’t been one already. I like how he avoids rôles where his stature is a feature, much less a requirement.

I’ve heard that about him, but GoT (obligatory GoT spoiler tag) had a lot more of it than I expected from hearing about his avoidance of short-centric roles. It was, however, the characters who were often demeaning his stature rather than the writing poking fun at it per se. It was, however, indeed, not a requirement for him to be short and with slightly different writing it could have accomodated an actor of any height.More serious spoilerThey could have made him “disfigured” in another way (the closest thing I can think of is a malformed or underdeveloped limb) and had characters always pointing that out and it would have explained why people disrespected him forcing him to often be an eminence gris rather than the ruler. Other than that the show would not have had to change anything (I haven’t read the books.)

I love Peter Dinklage, but if he counts my pick would be Danny DeVito. He’s 4’10" so he is definitely below average.

If being four-foot-something counts, then Kristin Chenoweth.

My mother interviewed Billy Barty back in the 1950’s, when she was a reporter for The Radio and Television Journal. She thought he was great, and whenever he was on TV when I was growing up, she would watch that episode.

If being four-foot-something counts, then Kristin Chenoweth.

My thread, my rules. A merely petite woman doesn’t count. There was this woman in college who prided herself, at 4’-9", of being an inch too tall. I still managed to walk with my hand on her bottom without twisting myself like the Elephant Man.