Do you like your zombies slow and stupid, fast and furious, or old school Voodoo style?
My favorite zombie flick is a short titled “Fist Of Jesus”-pound for pound the most gore anywhere, with just the right amount of religious overtone. The zombie cowboys were underused, but the flying fish more than made up for it.

Robert Rodriguez’s Planet Terror, the faux B-movie he made as one half of Grindhouse, had the perfect combination of practical-effects gore, just enough plot to create an excuse for gratuitous sex and violence, and an utter refusal to take itself seriously.

I was surprised to find myself really liking Z Nation. At first I thought it would be a Walking Dead knock off/parody but about halfway through the first season I realized that in many ways the characters in Z Nation were more likable and more sensible than those in TWD. Which is not to say they were paragons of reason - they did a lot of stupid shit. And there was a lot of crazy, over-the-top, violate-the-laws-of-physics stuff, too, but the show didn’t take itself too seriously most of the time.

I was surprised to find myself really liking Z Nation .

Me too! I had extremely low expectations, anticipating “Sharknado” levels of silliness. But I wanted something watchable but not too serious for about 45 minutes at a time on the elliptical. And while there is an element of parody to it, the characters had a practical, positive, “can-do” attitude that was a refreshing contrast to the gloom & doom and stupid decisions of the characters on TWD.

The original Night of the Living Dead was the first and most terrifying zombie movie I’ve ever seen, and it’s impact has suckered me into watching dozens of really subpar zombie films and TV shows. I’ve only recently realized it’s the cinema verite of the event and characters portrayed in that film that made it so impactful, and not the living dead themselves.

Dawn of the Dead (1978). I’d seen so many horror movies by the age of 18 that nothing scared me anymore. Saw this in a theater, had nightmares for three days. Yay!

One thing I enjoyed about Z Nation was the self-referential genre-savvy humor. Also the repeated phrase [expletive] Zombie Apocalypse. This past year I’ve adopted the paraphrase [expletive] Viral Apocalypse. I don’t think anyone in earshot gets the reference, although I often have people agree with the sentiment.

The “Return of the Living Dead” series was the right combination of silly and scary and my personal favorite. Also the concept that being dead was PAINFUL seriously fucked me up at the age I watched the first one.

Dawn of the Dead, 2004. Starring Sarah Polley and Jake Weber (the husband of Patricia Arquette on ‘Medium’). Set in a deserted shopping mall, and featuring the birth of a zombie baby! I thought it was really good, and the ending where they ‘escape’ to an island…yikes.

Technically it’s about a revenant (a type of ghost - Back from the dead in physical form so nearly / sort of a zombie) but I felt little known British film Nina Forever (2015) deserves mentioning whever possible.

The DVD has a nifty little extra bit about Andy and his gun store.

Zombieland was fun; I haven’t seen the sequel.

Shaun of the Dead is the only one I can watch again and again.

Evil Dead 2. Because it has the perfect ratio of actually creepy bits to side-splitting humor that I enjoy in zombie films. Favorite scary/surreal moments include the dance macabre and the zombie mother lullaby, while favorite comedic bits are the infamous flying eyeball and of course, the perfection that is Bruce Campbell in general. While I enjoy zombie/horror hybrids such as Zombieland (@Skywatcher the sequel was meh, not bad, probably worth a $1.80 Redbox rental but not much more) and Sean of the Dead, none of them were quite as perfectly balanced for me as ED2, not even Army of Darkness (too far into the camp/comedy).
Which doesn’t make the others worse movies, just notas good to my tastes.

A strong honorable mention is Braindead (1992) just because it is so over the top about everything. But you just have to the be more in the mood for it than the ones I’ve mentioned by name before.

Dead Alive. (AKA Brain Dead)
A more humorous zombie slaughterfest. Directed by Peter Jackson before he hit the big time. (Featuring a must see zombie baby.) Here the protaganist attempts to take the zombie baby for a nice stroll in the park: 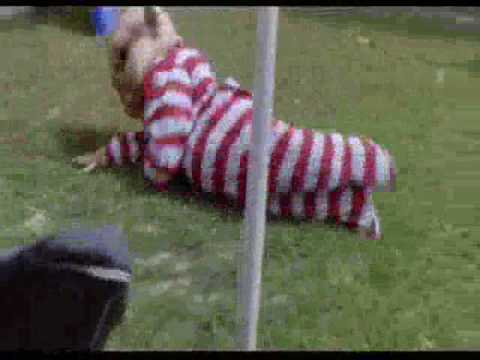 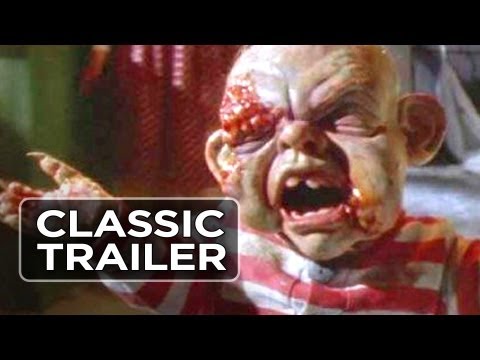 Braindead (also known as Dead Alive in North America) is a 1992 New Zealand splatter comedy film directed by Peter Jackson, produced by Jim Booth, and written by Jackson, along with Fran Walsh and Stephen Sinclair. It stars Timothy Balme, Diana Peñalver, Elizabeth Moody and Ian Watkin. The plot follows Lionel, a young man living in Wellington with his strict mother Vera. After Lionel becomes romantically involved with a girl named Paquita, Vera is bitten by a hybrid rat-monkey creature and be...

Dead Alive/brain dead is the only entirely correct answer. 90% credit for dawn of the dead and planet terror. The Walkind Dead gets a D. Really the only way to fail is if there are no zombie like things in the show.

Everyone already got my top three. Sean of the Dead, Dead/Alive (aka Brain Dead), and Planet Terror.

Honorable mentions to 28 Days Later and Zack Snyder’s Dawn of the Dead (not a fan of him generally but its a really well done zombie movie). Also Fido is a pretty good entry in the Zombie-Comedy genre: 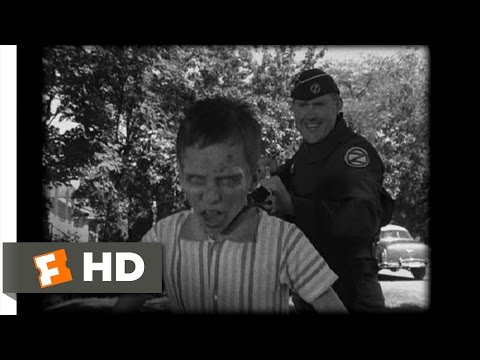 My favorites are 28 Days Later, Dawn of the Dead (the remake), and The Girl with all the Gifts.