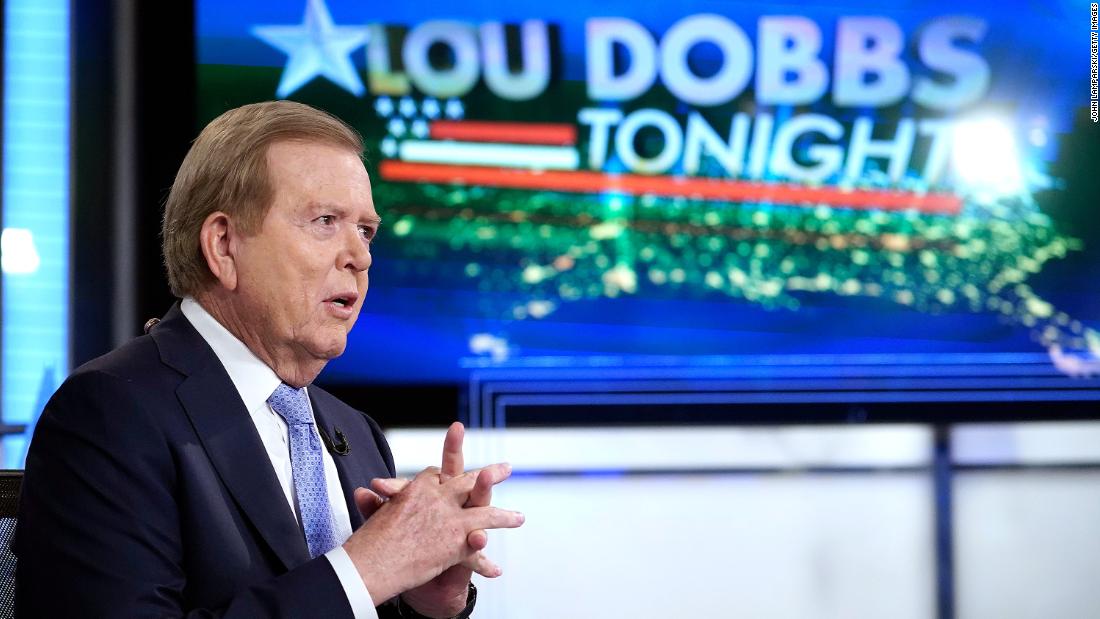 Lou Dobbs, the longtime host of the signature right-wing talk show on the Fox Business Network, was canned by the network on Friday night.

What are they afraid of? 2.7 Billion dollar babies, I mean lawsuits?

Running scared. Look for a couple of more firings over the weekend.

I’m guessing Fox’s legal teams broke the news to the Murdochs: this lawsuit is real money we’re talking about here, and the First Amendment is probably not going to protect them. As I mentioned in the thread about why the plaintiffs didn’t sue earlier, part of the equation calculating damages; the other part - and this is where Dobbs’ firing comes into play - was waiting to see how the accused would behave.

There’s a big difference between a prospective defendant who says “We misspoke, we’re taking corrective action, and we regret any unintended implications, blah blah”…and one who says “Lawsuit, lol. Kiss my ass.” Fox was the latter, and now it’s going to cost them.

They’re making up for lost time and hoping that by firing Dobbs they can show the plaintiffs (or a jury) that they’re trying to make amends. My guess is that they’ll probably approach Dominion and others with a settlement offer.

Waitaminute! You mean it’s against the law to dress-up as a serious reporter and use your TV persona and make stuff up out of thin air!?!?

You mean it’s against the law to dress-up as a serious reporter and use your TV persona and make stuff up out of thin air!?!?

If you’re even minimally smart about it, no it’s not against the law. You can lie your little heart out.

Unfortunately for them, they weren’t minimally smart about it.

He’s low hanging fruit. I’ll wait and see how Hannity and Carlson are affected by the lawsuit.

After Fox is sued into the dirt, expect many people claiming the trial was stolen.

In the early-90’s I spent a long weekend in Provincetown, Mass. Like a few places in the US, it is/was a famously LGBTQ-friendly town.

And Rush Pigbaugh* was, at the time, ascendant in his radio career.

Many of the souvenir shops in Provincetown sold T-shirts that said:

I presume I don’t have to draw you a map. Let’s just say I’m overly concerned about your COVID status and – based on data out of China – want to err to the conservative.

Many/most of my conservative friends loathe attorneys. But in cases like this … aren’t they just a divine byproduct of the much-vaunted free-market ?

I hope every suit that was filed by Dominion and Smartmatic leaves a horrible and indelible mark in the balance sheets of their defendants.

The lawsuits are doing what we’ve always hoped for and thought could never be achieved: making blatant lying on the air a risky and potentially devastatingly costly blunder. In the land of capitalism, you can lie all you like about Obama being a Kenyan-born Muslim and Hillary being a baby-eating pedophile, but heaven help you if you accuse a voting machine manufacturer of making an unreliable product! But I don’t care about the reason – I’d love to see Fox and/or Newsmax taken down.

Let’s hope that answers the question posed in this thread:

Can anything be done about obviously disinformational news outlets? Great Debates

After seeing the role that obviously wrong, inaccurate, and frankly fraudulent news sources like Newsmax, Fox News, OANN, Daily Caller, etc… have played in a lot of recent events, is there anything that can be done? The reason I ask is because it seems like there’s a fundamental difference between say… an editorial spin on things, which all reputable news sources have, and being a propaganda arm for a political philosophy or even more than that, being an active source of deliberate misinformati…

Must’ve been sometime in the early 90s I remember listening to Dobbs’ program on CNN. He was doing his usual rant about Mexicans. I thought to myself, “You are one racist motherfucker. Why am I listening to this garbage?” I switched him off and never listened to him again.

It’s only taken 30 years and some heavy lawsuits for Fox “News” to wise up.

ETA: “comes in here” had a typo. Lordy what a difference a single letter makes!

ETA: “comes in here” had a typo. Lordy what a difference a single letter makes! -

Ah, yes. The GOP and their hate of “cancel culture”.
This was posted in another thread. 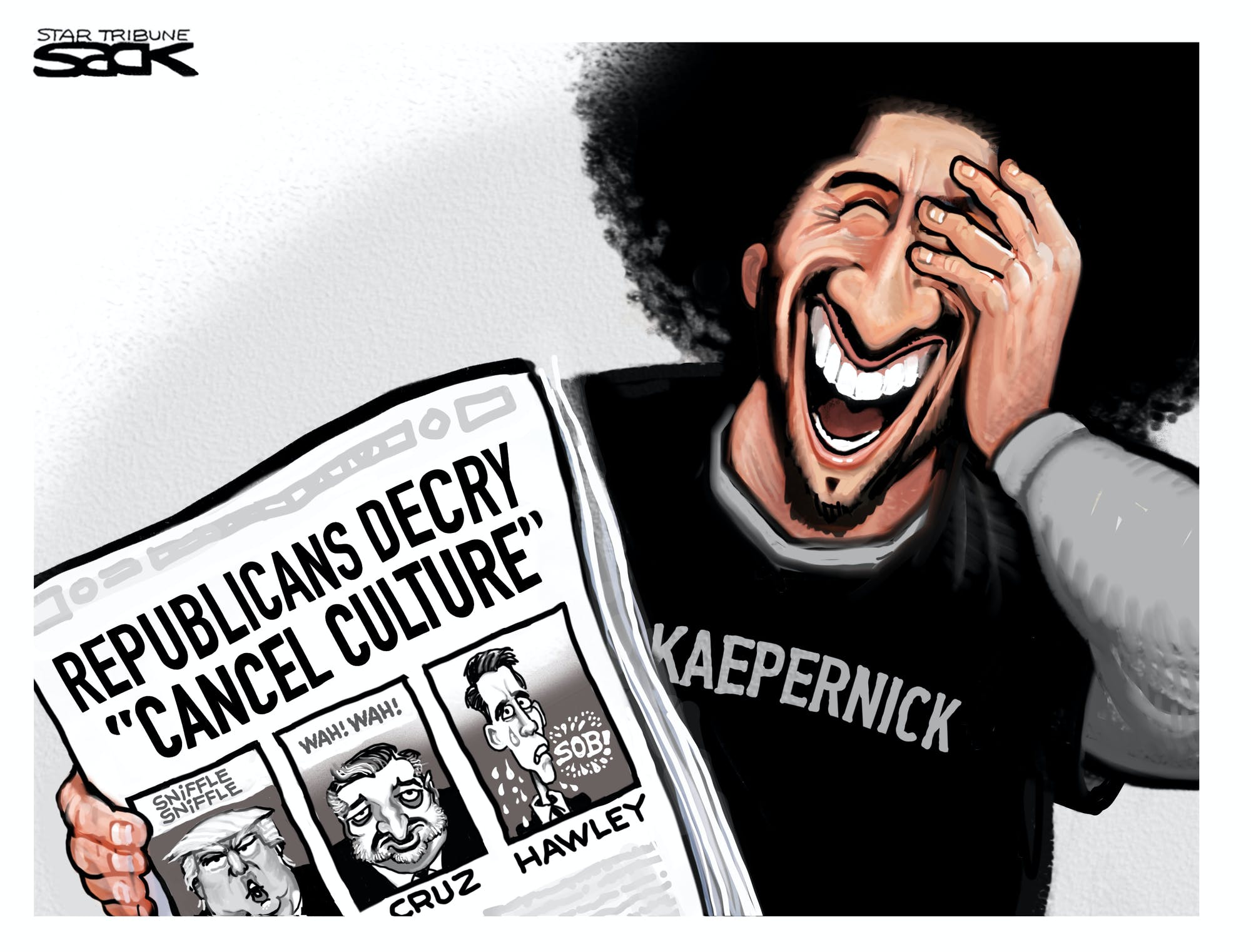 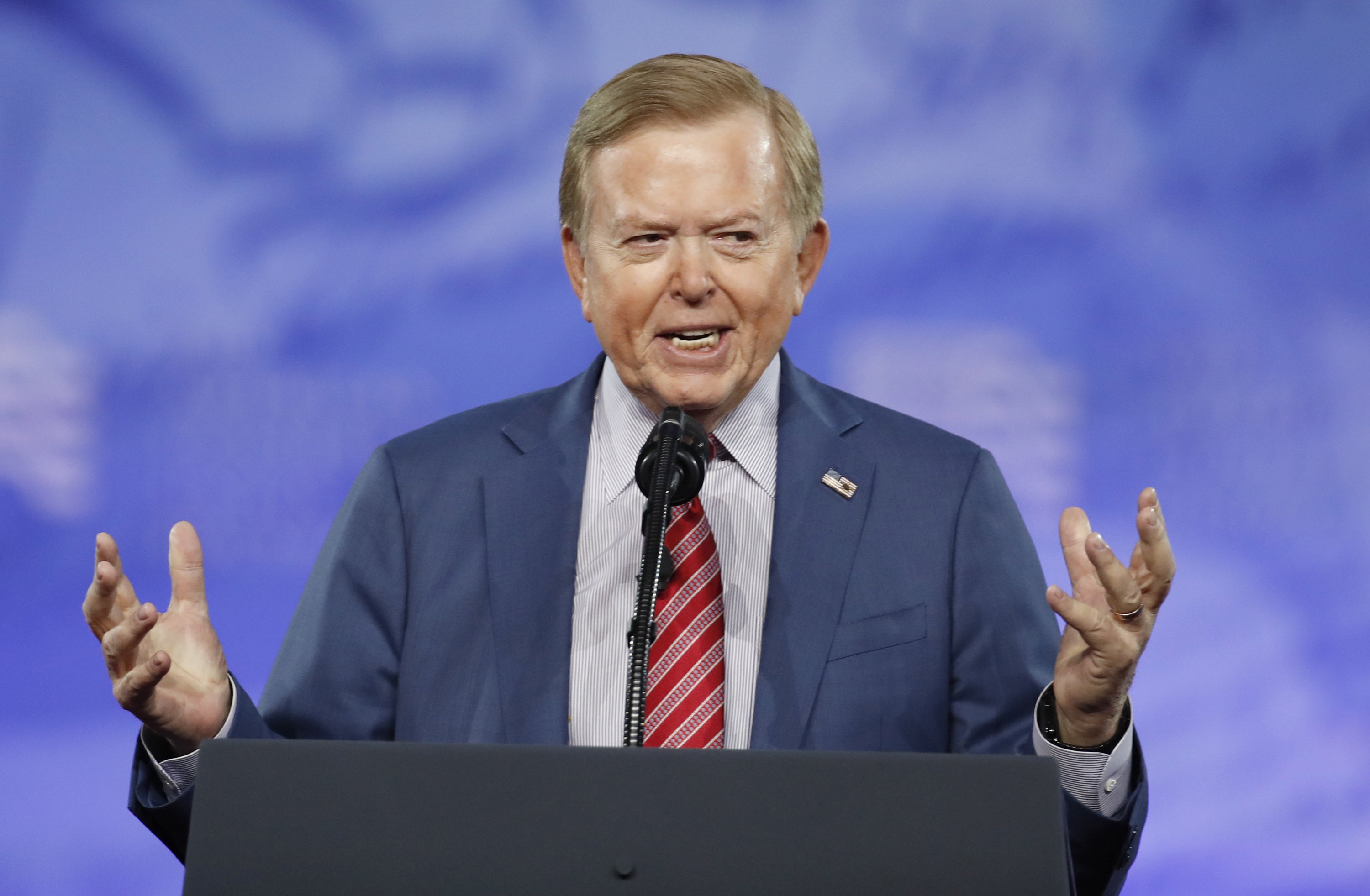 LOS ANGELES (AP) — Fox Business Network's “Lou Dobbs Tonight,” whose host has trumpeted unfounded assertions of voter fraud in the 2020 election, has been canceled. In a statement Friday, Fox News Media said the move was part of routine programming...

In a statement Friday, Fox News said the move was part of routine programming alterations that it had foreshadowed in an announcement last fall.

Fox News “regularly considers programming changes and plans have been in place to launch new formats as appropriate post-election, including on Fox Business — this is part of those planned changes,” the company said.

At this point it’s clear that there isn’t anything that conservatives wouldn’t lie about; my question is: is there anything they feel the need to tell the truth about?

Maybe it’s true. Maybe Fox News really did anticipate last fall that Trump would lose the election, that he would lie about “election fraud”, that lunatic Fox talking heads would support his claim, that Fox would be sued into oblivion for it, and that they’d have to start throwing said talking heads under the bus to try to save themselves. Maybe it was all part of a Grand Plan™, brilliantly formulated by the disembodied ectoplasm of Roger Ailes and what’s left of the living remains of Rupert Murdoch.

Fox News “regularly considers programming changes and plans have been in place to launch new formats as appropriate post-election, including on Fox Business — this is part of those planned changes,” the company said.

So they are trying to say that Lou Dobbs was only on the air to promote Trump and now they have no more use for him. Nice of them to admit it but it still won’t affect the lawsuit.

Of course the fans of Fox are going to blame the MSM and Deep State and anything other than Dobbs’ lying on-air for him getting the hook. Depending on how he comes out of this, might he find a welcome mat over at Newsmax or OAN or other nutty, right-wing propaganda outlet?

Since he was specifically named in the lawsuit, I expect not. They’re suing him personally, too, not just his employer. I don’t think any employer is going to want him at this point.