Friends vs Cheers - Which is better?

In a thread about the Pit, this claim was made.

Most common reason to be Pitted Appears to be Dishonesty?

Friends was not the greatest sitcom on television. The correct answer is Cheers .

I could not let that stand. Friends is definitely the better show. What say you?

Poll is public. Stand by your convictions.

Sorry, hands down it is Cheers. Even the terrible Rebecca years are better. Plus, come on, hanging out in a bar or hanging out in a coffee house? Bar is going to win every time. Plus darts. Darts and beer just go together.

This is where I’m showing my ignorance, but I’m pretty sure Cheers didn’t have a reunion like Friends. The Friends Reunion is on HBO.

OK, you have me curious. I might go back to watch the first season of Cheers which is supposed to be streaming on Peacock. I don’t remember much of it.

Maybe it’s a generational/demographic thing, but I never did get into Friends. The few episodes I happened to catch never grabbed me. But I loved Cheers. Recently I’ve been rewatching it and many of the episodes still crack me up! Coach was a gem. Early Cliff wasn’t nearly as entertaining as later Cliff, but he was still a great character. I haven’t gotten to the Woody years yet - as I recall, there were a bunch of goodies among them.

Loved them both, but Friends was much more cheerful than Cheers.

I think Cheers is the best sitcom ever. The humor stands the test of time, and has remained on the top of my list even over some others (like Seinfeld) that I thought would supplant it.

Only rarely can I get through an episode of Friends without feeling the urge to smack the majority of the characters in the face (not that I would ever do it). And the worst part is that it’s not even laugh-track funny. Plus, the show stole an actual incident that happened to me as a story line.

Maybe it’s a generational/demographic thing, but I never did get into Friends . The few episodes I happened to catch never grabbed me.

Neither did I. I agree with Jerry Seinfeld that Friends was just a low-grade mercenary ripoff of his own show. Though personally I tend to prefer the British sitcom style, and could easily name half a dozen or more that top both of those shows. 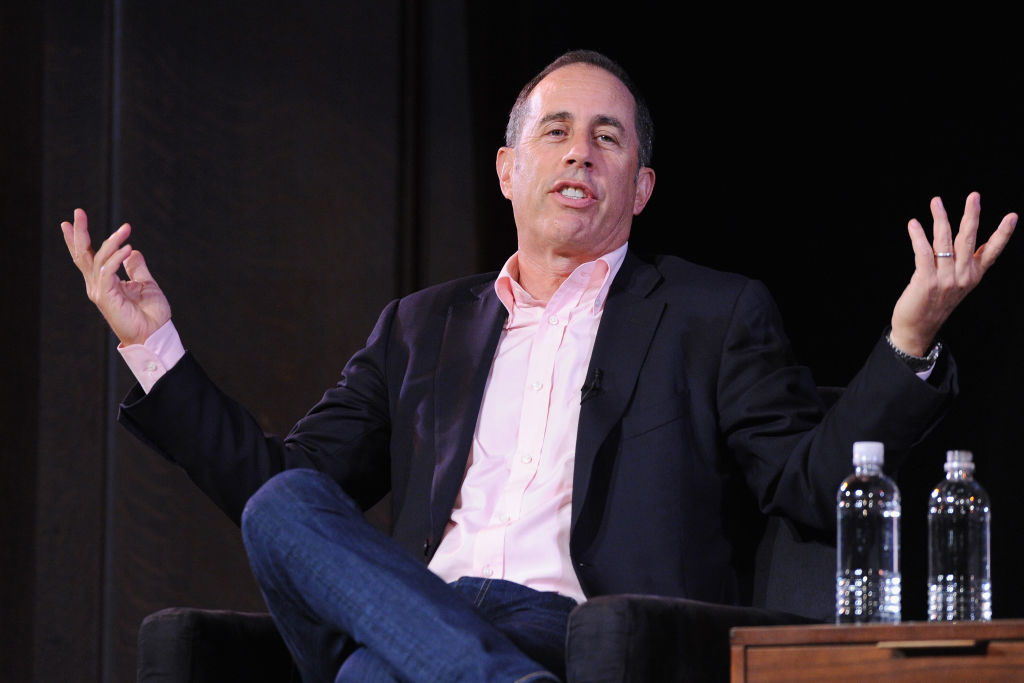 Jerry Seinfeld Accused 'Friends' Creators of Ripping Off His Show With...

Jerry Seinfeld accused 'Friends' creators of stealing the idea for the show from his iconic sitcom.

I loved Cheers when it was first on, but with Friends there are more funny moments that I look back on fondly. There may be some recency bias going on there, I admit.

It’s a bit hard to compare them because Friends had six main characters, whereas the first few seasons of Cheers were clearly Sam and Diane (and everybody else contributing some one-liners).

Plus, the show stole an actual incident that happened to me as a story line.

Early Cheers had too much of the 80s “lesson of the week” sitcom style. Friends didn’t have that, but still had times when it took itself seriously. Rebecca era Cheers, with its focus on the group of buddies hanging out a bar talking about some wacky adventures but not taking themselves seriously, was far more entertaining.

ETA: IMHO Woody and Rebecca were more lighthearted and less serious compared to Coach and Diane. Sure, Rebecca had issues, but they didn’t come across as issues that needed to be treated with seriousness and a sense of gravity, which is the impression I got from Diane. Frasier and Lilith also added a lot to the later seasons of Cheers.

Early Cheers had too much of the 80s “lesson of the week” sitcom style. Friends didn’t have that, but still had times when it took itself seriously.

Actually, Friends did have that. It was Seinfeld that scrupulously avoided any sort of “morality play” and focused instead on purely silly nihilistic humour. From the link I posted earlier:

There was one unwritten rule on Seinfeld that didn’t apply to the cast of Friends . David insisted that the show not become a vehicle for moral instruction and instead used dark humor to promote a kind of nihilistic worldview.

As Matt Zoller Seitz at Vulture wrote, “Seinfeld was never content merely to amuse. It seemed to loathe the idea that audiences might get too comfortable with it. David admonished the writing staff that there would be ‘no hugging, no learning’ in the scripts, and there wasn’t. Ever.”

Meanwhile, there are dozens of instances of Ross, Rachel, Monica, Chandler, Phoebe, and Joey embracing and learning important lessons about life.

Actually, Friends did have that. It was Seinfeld that scrupulously avoided any sort of “morality play” and focused instead on purely silly nihilistic humour. From the link I posted earlier:

Right. That’s why I have the Rebecca era Cheers ranked higher than Friends. Rebecca era Cheers (at least the way I remember it) was more about wacky hijinks than a moralizing lesson of the week. Friends did have some of that (taking itself seriously), but not as much as Diane era Cheers.

I’ve got nothing against Friends, but I stopped watching before the show came to an end and I cant remember if I’ve seen a single episode since they stopped producing new episodes. Cheers went off the air while I was still in high school and I didn’t watch the series regularly as I was growing up. But Nick at Nite started airing them reruns when I was in the twenties after over the years I managed to watch the entire series. It was consistently entertaining for all eleven seasons. I enjoyed Friends well enough when it was at it’s height of popularity but I never had the desire to go back and watch the seasons I missed.

Cheers created better and more memorable characters. How do we know this? The true measure of how good characters are in teeveeland is how successful the spinoffs are. Cheers-----> Frasier; Friends------> Joey? I don’t think so.

To be clear, the way I remember Friends is that it often took itself seriously. There may have been some 80s style lessons of the week as well, but I don’t recall anything specific as much as a general sense that it took itself seriously. Then again I admit I may be falling victim to a bit of Mandela effect. I remember watching Friends every Thursday night all through high school. It would come on right after Seinfeld (at least the way I remember it). I graduated high school in 1995, which means that in reality I would have only watched one season by that point.

Cheers was much better and Frazier never failed to make me laugh. I really tired of Friends pretty early on. The smelly cat girl was just annoying. Who would ever really hang out with anyone so irritating?

I’m sure this is why I have no real life friends. I have so little patience.

The few times I watched Friends, I was pretty much just lost. Nothing made sense without understanding the complicated relationships between all of the characters, and one got the impression that those relationships were so complicated that nobody understood them, especially not the people involved. Like, “This scene is funny because these two people used to be married, until they divorced, and one of them hooked up with this other person”. At least, I think that’s sort of thing that was going on, but in any event, I didn’t get it. It could maybe work in today’s DVR/streaming world of binge watching, but it’s the last thing you want from an episodic sitcom.

Which still put it ahead of Seinfeld, of course, because Seinfeld seemed to be entirely nothing but “This scene is funny because I hate all of these people and want to punch them in the face”, except that that’s not what “funny” actually is.

I won’t necessarily say that Cheers is the greatest sitcom ever (there are a few other serious contenders for that title), but if you sit down and watch a single episode of Cheers, you’ll instantly know everything you need to know about all of the major characters, you’ll instantly see how those characters are interacting, and it’ll be funny. That’s what you’re supposed to get from a sitcom.

Friends never clicked with me. I tried several times to watch the series and something about it just didn’t gel. The humor never resonated and I didn’t much enjoy the characters. Cheers I’ve loved since I was a kid.

I won’t necessarily say that Cheers is the greatest sitcom ever (there are a few other serious contenders for that title), but if you sit down and watch a single episode of Cheers, you’ll instantly know everything you need to know about all of the major characters, you’ll instantly see how those characters are interacting, and it’ll be funny.

I mostly agree, but there’s some stuff with Evan Drake and/or Robin Colcord in the Rebecca years that would probably make me think “who are these guys and why am I supposed to care?”

How is a romance between one of the actors and her real-life boyfriend (who did in fact once appear on the show) remotely relevant to the discussion in question?