Maskless shitbag couple walk into a bakery, with a camera rolling, looking for a fight over masks. A fight ensues when maskless shitbag the female shoves shop employee/owner(?). Maskless fucking shitbags get a police car ride to the booking process.
(Bonus points for the bakery’s cool name: Crumb Together.) 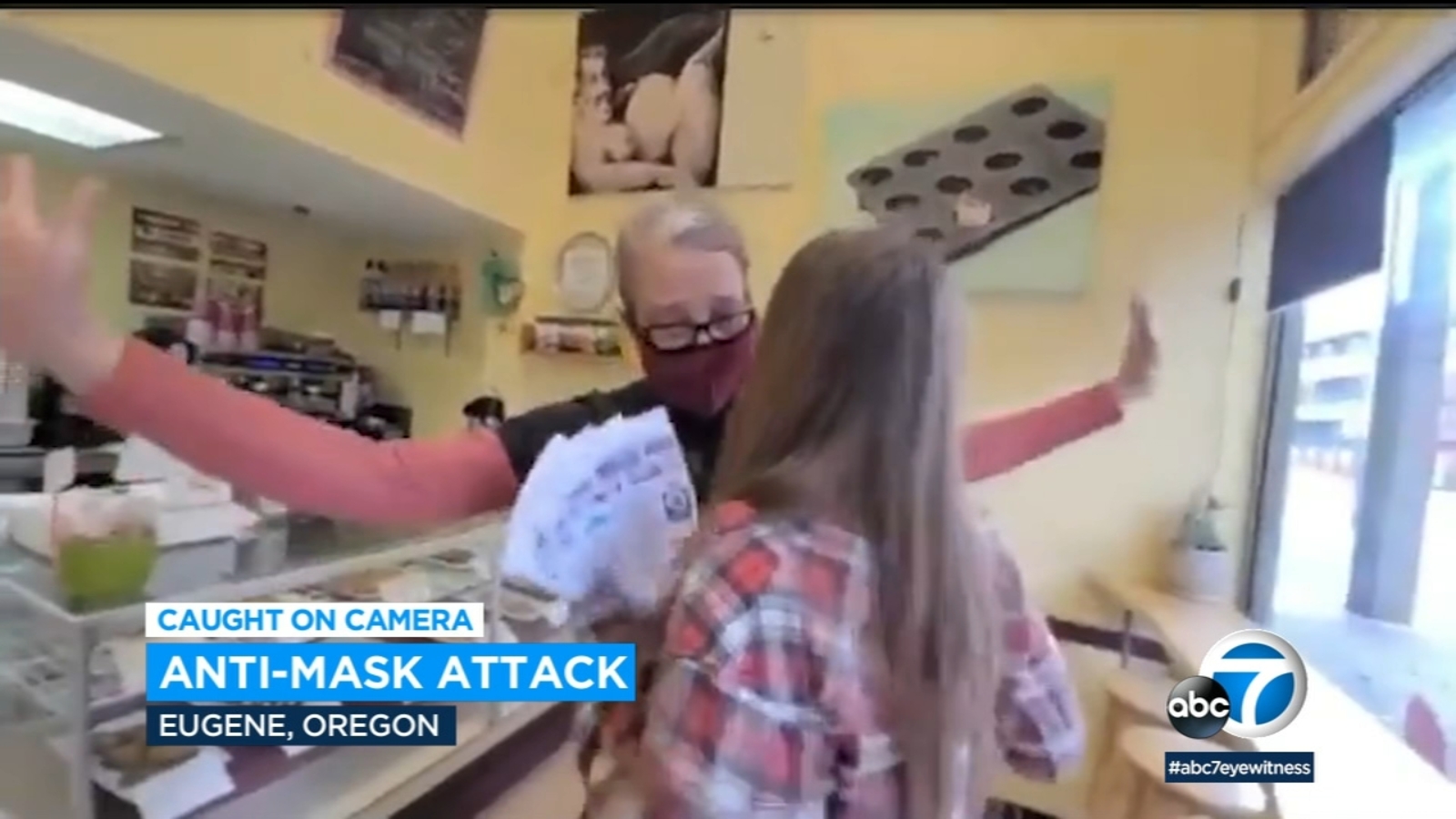 2 arrested after violent attack over face masks caught on video inside Oregon...

It all began when a man and woman walked into a cookie shop in downtown Eugene, Oregon, without face coverings. However, they were holding a camera that was already recording.

You left out how the couple left the altercation and found police officers on their own. They claimed to have been the victims of an attack, so police started looking into it.

I posit that one of the two or someone they know had been there prior and was refused service for not having a mask so they went there knowing they could pick a fight.

Yeah, the maskless shitbags tried to play the victim. I hope their new assault charges fuck up their lives to some degree. The report said that the bakery is doing gangbuster business now.

Yeah, I went online to make a donation and they seem to be well-held by the community.

ETA: Not from Eugene. 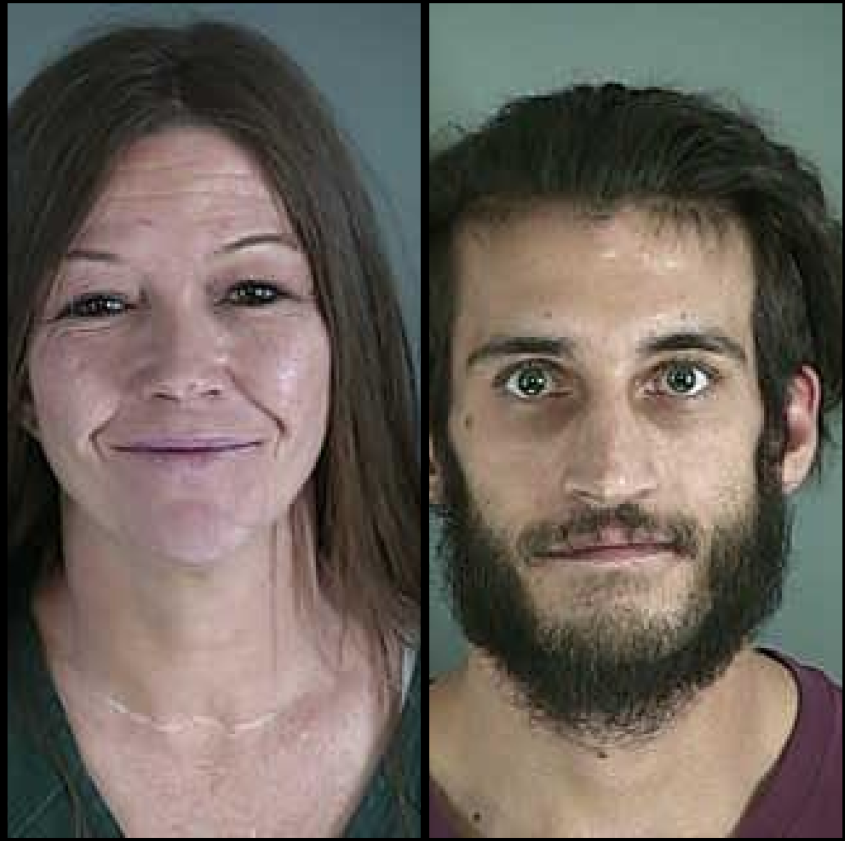 PORTLAND, Ore. (KOIN) — A man and a woman were arrested for assaulting the owner of Crumb Together in Eugene, after being asked to leave the store for refusing to wear masks, according to pol…

Their own words stating it, 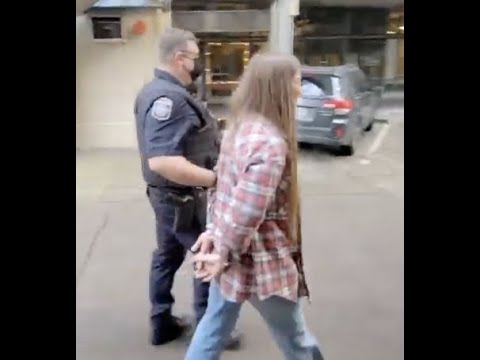 Wow. The long version is something. Long, sure. But I like how the chalkboard in front of the shop already uses the word Maskholes. Sounds like these American Job Providers have had to deal with shitbag motherfuckers before.

Pair charged in Crumb Together assault has history of criminal charges

A Douglas ESD employee shares what happened when the two walked into the Roseburg Public Library in October.

Interesting article, and clearly these people are assholes. I can’t help being perplexed about this bit, though:

Sgt. Daniel Allen of the Roseburg Police Department said there are protocols when it comes to responding to mask-wearing issues.

“We haven’t had too many of them really. But as far as us responding to any type of mask complaints, those will generally come through to dispatch and then we will give those to a supervisor, whichever supervisor is on duty, and we’ll have that supervisor handle it,” Allen said.

He also said most complaints go to OSHA, but if the situation escalates to violence, they would treat it like any other call for service from a business owner if they have somebody trespassing at that point.

Huh. Why would most calls go to OSHA? Does that mean most calls are from employers whose employees refuse to wear masks? Or is OSHA in charge of customer-caused safety issues, too? And if somebody is trespassing and, say, scaring customers and/or employees, Eugene wouldn’t dispatch cops? Or is this just a COVID-era rule?

I know in most places, cops don’t come running because someone refuses to wear a mask. I’m wondering if this general protocol is common.

I found that hard to parse as well.

I know in most places, cops don’t come running because someone refuses to wear a mask.

My business has been “NO ENTRY WITHOUT MASK” the entire pandemic. A handful of people have complained, and I’ve told them to get off my property or the police will be called to enforce my trespassing complaint.

There is no local police, so my call goes to the PA State Police. I’ve gotten as far as picking up the phone, then the person skedaddles. But I’ve asked and I’ve been told the State Police are happy to arrest people who defiantly trespass.

I hope they charge that stupid shit with littering too. He casually flicks a lit cigarette to the sidewalk while talking to a police officer. If he feels he can do that in front of a cop, he probably does it 20 times a day.

I wonder what these morons think about “No shirt, no shoes, no service”

I bet they represent themselves in court. Ha. hahaahhahahah.

OK, I feel better. Thanks. And thanks for being so great about enforcing mask rules at your business.

One of the funniest parts of a recent SNL skit ( “Mellen” ) was when someone came up behind a seated anti-vaxxer guest and vaxxed them. It makes me wish cops had spare vaxx doses next to their NARCAN ®.

“Wearing cuffs? A shot for your Duffs”.

My biggest confusion from that video is the very end, where the cop tells the guy he’s being arrested for assault, not trespass. Did he actually get charged with assault?

AIUI, assault is basically a visible thread of violence. He did not, so far as I can tell, physically threaten the store owner at any time (unless they’re counting being unmasked in the store as assault in itself, which I very much doubt). Is this a sort of ‘felony murder’ thing where he was participating in the crime that lead to the assault?

Or did the cop give him the wrong charge, and he was actually charged with trespass?

My biggest confusion from that video is the very end, where the cop tells the guy he’s being arrested for assault, not trespass. Did he actually get charged with assault?

The store owner reportedly went to the hospital to treat cuts and bruises.

The store owner reportedly went to the hospital to treat cuts and bruises.

I think they’re saying the woman is doing all the assaulting (or battering I suppose). But shaky cam is shaky and you can see he’s holding the owner’s bat as he backs out the door.