So… I have met a man via the Net. I really, really like him. Thus far, it is mutual.

Here is the problem. He’s Christian and has had it drilled into him since he went into a Christian treatment program for alcohol dependancy that the reason he became an alcoholic is because he is gay.

I am the first gay man he has clicked with since he went through treatment.

Now by virtue of being interested in me, he is having a major crisis of faith.

He’s Christian, I’m Pagan. He has internalized self-loathing about being gay and that he has feelings for me.

He wants to be able to talk to other gay Christians via e-mail so he can work this through.

So, of the gay Christians on here, who might be up for talking with him?

Thanks for at least considering it.

Try pointing him to www.whosoever.org

And the following is an example of the writing there. It makes me cry sometimes. 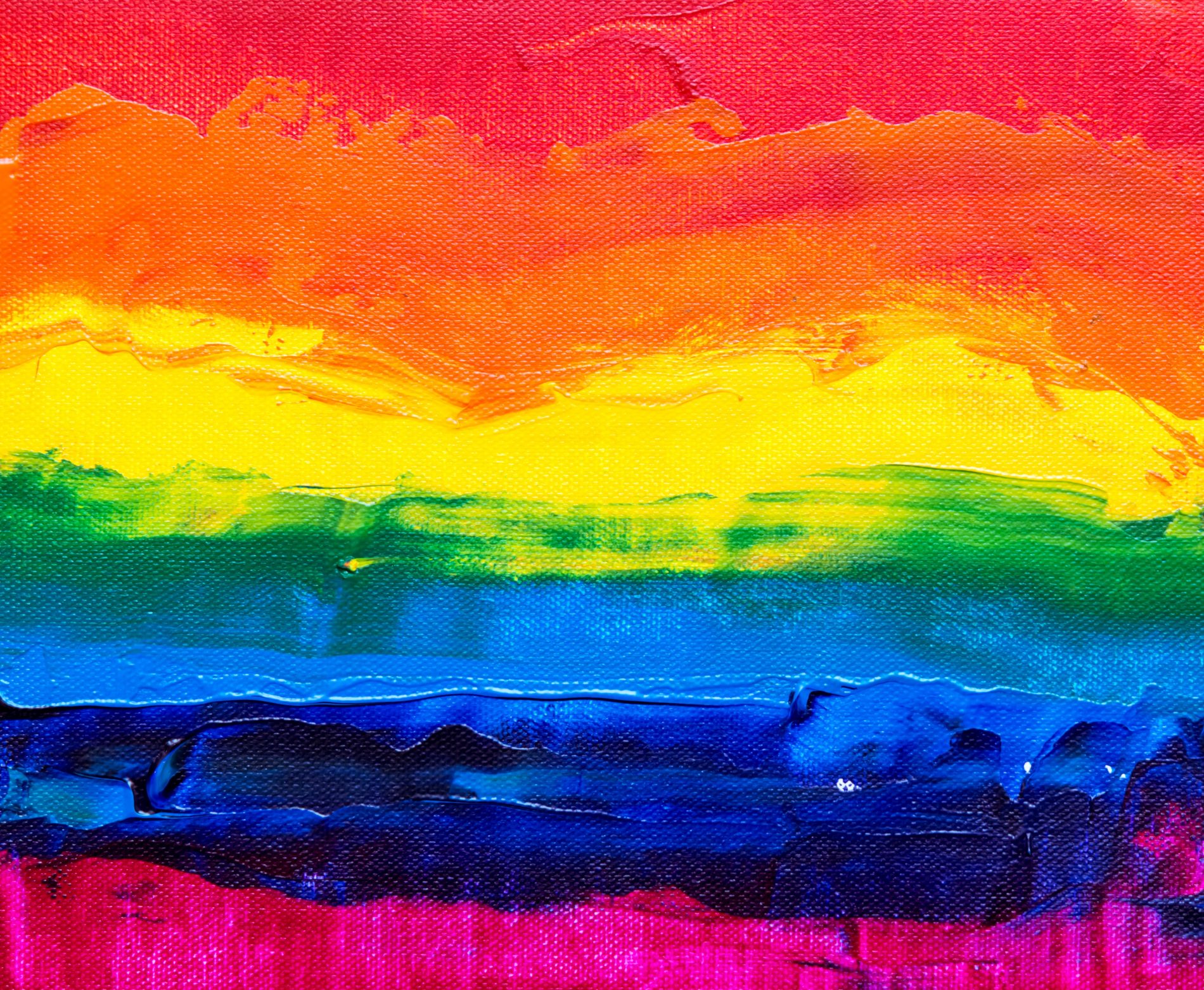 A Letter of Love to the Rev. Fred Phelps | Whosoever

Whosoever | A Letter of Love to the Rev. Fred Phelps

I am not gay, and I am a Christian, but not as good a one as the person who wrote that letter. Wish I was.

I’m sorta what you’re looking for, and sorta not. I used to be Catholic and now describe myself as an agnostic theist, which means (to me) that there is currently no proof I know of to conclusively show me that God (typically the J/C construct, but really any G/god(s/esses) or whatever). I also happen to be bisexual.

Email’s in my profile, and if he’d like to do realtime chat (i.e. not turn-based, as email can be), my AIM SN is also in my profile, and he can reach me on Yahoo! IM as itallfizzestothetop, or MSN messenger at itallfizzestothetop (I think. might be without the “itall” bit). Those last two are the SNs of my fiancee, so just have him say “I’m a friend of a doper who wanted to talk to punha”.

*Originally posted by Baker *
**Try pointing him to www.whosoever.org

And the following is an example of the writing there. It makes me cry sometimes.

I am not gay, and I am a Christian, but not as good a one as the person who wrote that letter. Wish I was. **

Thanks. He’s reading it now. It’s a good start.

Not only is there no prejudice against gays, it will give provide a common ground with your Pagan faith. Blessed Be.

I can’t really provide any help, but I’d like to jump in on the thread. A friend of mine is going through a similar situation. He’s 18, and is just now going through the real ‘questioning’ phase. A couple of years ago he had a very close ‘friendship’ with a gay guy from school, and, unfortunately, his parents found some of their letters and sent him to some sort of church counseling to ‘fix’ him.

He pulled me aside a couple of weeks ago and said that he wanted me to take him to a gay bar. I told him that a gay bar would probably be the worst of all possible places to learn about being gay, so soon we’re planning on going to a local gay youth support group. He’s still wavering back and forth between going and not, with quite a lot of Christian guilt weighing on him.

I’ll definetly send the boy the link provided above, and will be watching the thread closely.

Not gay but very sympathetic and fairly knowledgeable about the faith – with a “take” on “homosexuality is not necessarily sin” that makes sense from a Christian perspective (at least from my own). I’ll be glad to exchange e-mails with you and him on this, if I can be any help.

God, I come onto this board and it’s just starting to hit home how badly my faith has messed people up. I thought I had problems when I kissed a girl and had to quit being a deacon. I don’t know if I wanna go back.

G’luck, dude! This is going to take work on both your parts. But i’m rootin’ for you both!

All I can say is, Christianity has a lot to answer for.

I thank you all for your support.

He and I are trying to figure out what to do.

I am praying. Hard.

Add me to the list. I’m a straight female, but I am at least Christian, and I’ll do what I can.

Mockingbird lemme ask my SO. Sniffs_Markers is a devout Christian. Her faith is an extremely significant part of her life, but she finds no conflict between it and her sexuality.

I can ask her – though she has been workig very, very long days and may not be able to commit to complicated correspondence.

E-maill me of the boards.

Hi there, Mockingbird. Catholic Lesbian with a minor in Theology from Notre Dame checking in here - talk about your seeming contradictions!

I hadn’t seen this thread but Munch pointed it out to me via e-mail. Big thank yous go to him.

I went to see a priest when I was a student at ND. You’d almost think I’d know better but I told the priest that I knew I was gay and that I’d always known and I was scared to death of what that might mean to my salvation, etc. He told me to go home and read Matthew, Chapter 25.

I went home and read it. And I came back a few days later and saw him and he asked me to tell him what it said. I retold the story about how Jesus separated a group of people into sheep and goats and told the sheep that they had the kingdom of heaven and told the goats that they did not. When asked why, Jesus said to the sheep, (and I am going from memory here) – ‘when I was hungry, you fed me. When I was thirsty, you gave me drink. When I was cold, you gave me shelter…etc – whatever you do for the least of my brethren, you do for me.’ And Jesus told the goats that they didn’t do this.

After I retold what I had read the priest told me that that passage was the only place in the gospel where judgment is specifically mentioned – and it is based purely upon one thing. It is based upon how you treat people.

That meant the world to me because he showed me that in the end, how I treated people would mean more than if I was gay, straight, black, white, etc.

Being Catholic, I’m not much of a fundamentalist. I tend to read the Bible in the context of the world’s history when portions were written. This brings a richness to the text that really does amaze me.

I’m a bit at a loss and I hope this doesn’t sound poorly - but my gut says that if you try to reconcile a Christian religion/organization/anything that says that being gay is bad/wrong with being gay yourself, it will never work. It’s like asking what happens when a rolling ball that knocks down everything in its path hits a pole that can’t be knocked down. What might be wrong is the understanding of Christianity and how it perceives homosexuality. For me, it was to conclude that the bible itself lends truth to the message that how I treat people will be the final word on the matter of my salvation.

I wish you the best. Please feel free to e-mail me - I don’t know what I can do but lend support and I am very willing to do that.

I’m a straight male Christian (Protestant), but if I can do anything to help, my email is in my profile.

Tiburon, if someone had sat down with me and explained that concept in that way when I was a teenager, not only would they have saved me a lot of soul searching, but they may have had a convert for life.

Mockingbird, I hope this works out for you. I’ve been in a similar relationship, albeit briefly. The man you’re talking to is in a tough situation, and you could be pivotal in helping him out of it. But take care of yourself in the process; starting a relationship by taking the role of counselor can complicate things enormously.

Again, my thanks to my fellow dopers who have given their kind support.

Things have progressed. Fast. And I am taking it in stride as best I can.

Today the words ‘I love you’ were exchanged. It is amazing the alchemy that is in those three words.

We talked about it and he decided to move here.

Now… I know it sounds premature, foolhardy, and reckless.

This is the real thing. And for once, it isn’t a rebound love.

I love him with all my heart. In a little over two weeks, he’s coming to be with me.

The joy I feel is balanced by the absolute terror of the speed things have moved at, and worries that we are going to fail.

We are thoroughly harmonious thus far. I feel blessed.

Good luck, my friend. I hope it works for you.

Mockingbird, you feel happy and love and loved, and so does your friend. The god I believe in thinks these are good things, period.