The Feds are apparently serving a search warrant on Rudy’ Giuliani’s apartment. Rudy isn’t that stupid. How likely are they to find something incriminating at this point in time?

[Checks forum]
Did you see Borat 2?

Yes, I saw it, but Rudy is a renowned prosecutor. If he did something wrong, and let’s assume he did, he knows better than most how to bury the evidence. Maybe a year ago he might not of destroyed all of the documents, emails and disk drives, but he’s had plenty of time to deal with it. I guessing this is a fishing expedition for show more than anything.

I think you’re assuming that he knew he did something wrong. If instead he has lost his sense or right and wrong then there would be no reason for him to cover up the obviously correct things he did.

Yes, I saw it, but Rudy is a renowned prosecutor. -

Was. Now he’s a punchline.

Yes, as a prosecutor I assume he knows the law. Whether he obeyed the law is a different story. Maybe he was counting on an executive pardon.

Yes, I saw it, but Rudy is a renowned prosecutor.

He was, perhaps. But I feel like he isn’t too knowledgeable about electronic devices and their security.

He hasn’t been a prosecutor in 30 years there is zero chance he hasn’t forgotten most of the details.

I understand where dolphinboy is coming from–Rudy seemed to be a competent lawyer at some point–but there is little evidence of that now and I won’t be surprised if they dig something up. Maybe Rudy thinks “the system” will protect him. Maybe he really does think he hasn’t done anything wrong. My money would be on Rudy thinking he is so much smarter than everybody else that he has them hoodwinked and they’d never think to search his home.

Can phone calls legally be recorded without a court order? I know that emails live on even after you delete then.

I think it’s a combination of losing his marbles and a huge dose of hubris.

Can phone calls legally be recorded without a court order?

It is a federal crime to do so without a court order or consent of at least one party. (wiretapping)

I wish I knew exactly what the search warrant was for. That would tell us what they are looking for. 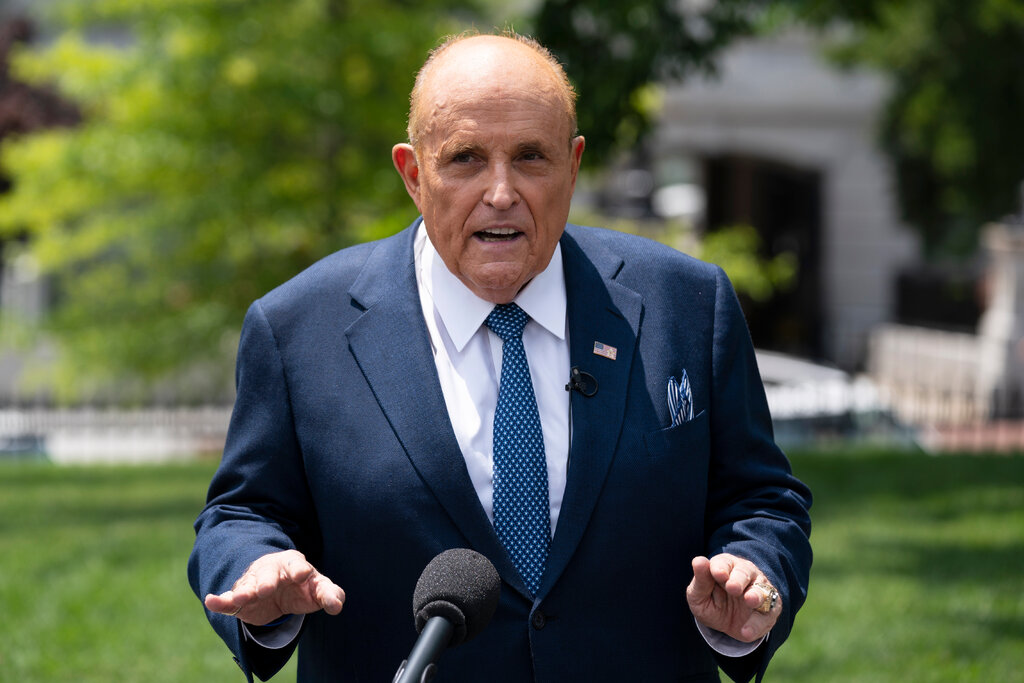 Prosecutors obtained the warrant as part of an investigation into whether Mr. Giuliani broke lobbying laws as President Trump’s personal lawyer.

“The federal authorities have been largely focused on whether Mr. Giuliani illegally lobbied the Trump administration in 2019 on behalf of Ukrainian officials and oligarchs[…]”

I think you’re assuming that he knew he did something wrong. If instead he has lost his sense or right and wrong then there would be no reason for him to cover up the obviously correct things he did.

This is close to the correct answer, IMHO, but it’s not about “right and wrong” - which is not what’s relevant here - but rather conclusive evidence of law violations.

I don’t think there’s much chance you will (or were ever going to) get any explicit evidence of Giuliani saying “let’s do this illegal act”. Rather, the case against him would be comprised of a huge amount of texts and emails and documents which combined would paint a picture of what he was doing. Prosecutors would argue that based on their interpretation of all this evidence, what he’s doing amounted to something illegal. Giuliani would argue that the correct interpretation of all the evidence is different, and that what he was doing was something else, which was not illegal. If the jury buys the prosecutor’s interpretation, then he gets found guilty.

Even if he wasn’t confident that he could beat the rap on that basis, it would be very difficult for him to hide all that type of evidence. It would be a massive amount of material, and much of it would be mixed up with more innocuous material, and also much of which would be information that he would be hard-pressed to function without. If he just erased all his communication will all his various business associates for years and years, it would be tough. (Plus, it would probably be obvious to the prosecutors that he had done so, which would be suspicious and possibly illegal in its own right.)

Bottom line is that if the nature of the evidence prosecutors are looking for is a message from Giuliani saying “hey, I’m planning on acting as an agent of a foreign government” or something like that, then it would be easier to just delete (assuming they couldn’t get it from the recipient). But as it is, I don’t think it lends itself to that.

That all makes sense and we’ll have to see if it leads to anything. It sounds like they want to gather evidence and see if there’s a smoking gun. Even if they find evidence of wrongdoing that doesn’t mean there’s enough to convince a jury he’s guilty. Hopefully this rattles Rudy for a while and he loses some sleep worrying about it, but I doubt it.

Can phone calls legally be recorded without a court order?

While the answer to that is ‘no’, it is possible for the feds to obtain a court order to record phone calls without the knowledge of the user. Indeed, that’s common in federal cases - the government obtains evidence of a possible crime amongst a syndicate of people, argues to a judge that they were likely communicating to facilitate the crime, and obtains a sealed order that they then send to the phone company, which enables them to receive a phone dump, or then starts providing a tap to a phone line.

Many, many federal warrants derive from the results of these wiretaps. In other federal cases I’ve seen (as a defense lawyer), they use informants.

The feds are notorious for being thorough, and for being patient. It is almost certain that there has been months (if not years) of information gathered. Especially when you consider that Giuliani is so high profile, I’m sure there is a pretty damning affidavit that supports this warrant.

(My wild speculation is that Rudy has had extensive contacts with other people the government is already investigating, or prosecuting, for crimes. Either some of these people squealed, or they are being surveilled in furtherance of other prosecutions)

I wonder if there aren’t two possible bars here:

We don’t know what the Count knows, but it’s almost surely not nothing.

This may be a pretty typical prosecutorial squeeze in exchange for immunity (or a deal) as a way to get to the larger, vaguely orange-hued fish.

Can we use the word “irony” yet. Most of the investigative tools the feds are using against him were pioneered by Rudy. I imagine this is one of the happier days for dozens of wise guys doing time in the federal pen.