Going to New Orleans for a few days, what should I do/see/eat?

Mrs. Cups and I are taking a much needed vacation. We are driving to New Orleans and will have 3 full days to play! I am looking for any fun and unique things to do. We aren’t too snooty to do some touristy stuff, so don’t be afraid to suggest that. Here are the things we’re already planning to do:

Of the things I have listed, we haven’t found a specific ghost tour to do, so if you know of any let me know (just no jump scares please). I know that I want to have some good gumbo and some good Jambalaya, but other than that, the world is ours. Fire away!

I’ve only been to NO once — right before everything shut down; it was my last trip {sigh} — but I will highly recommend Jacques-Imo’s.

Antione’s has a good lunch special. At dinner they are a super fancy fine dining establishment with a dress code requiring a coat and tie. But the lunch special is more affordable, and at lunchtime they are more casual and don’t enforce the dress code. 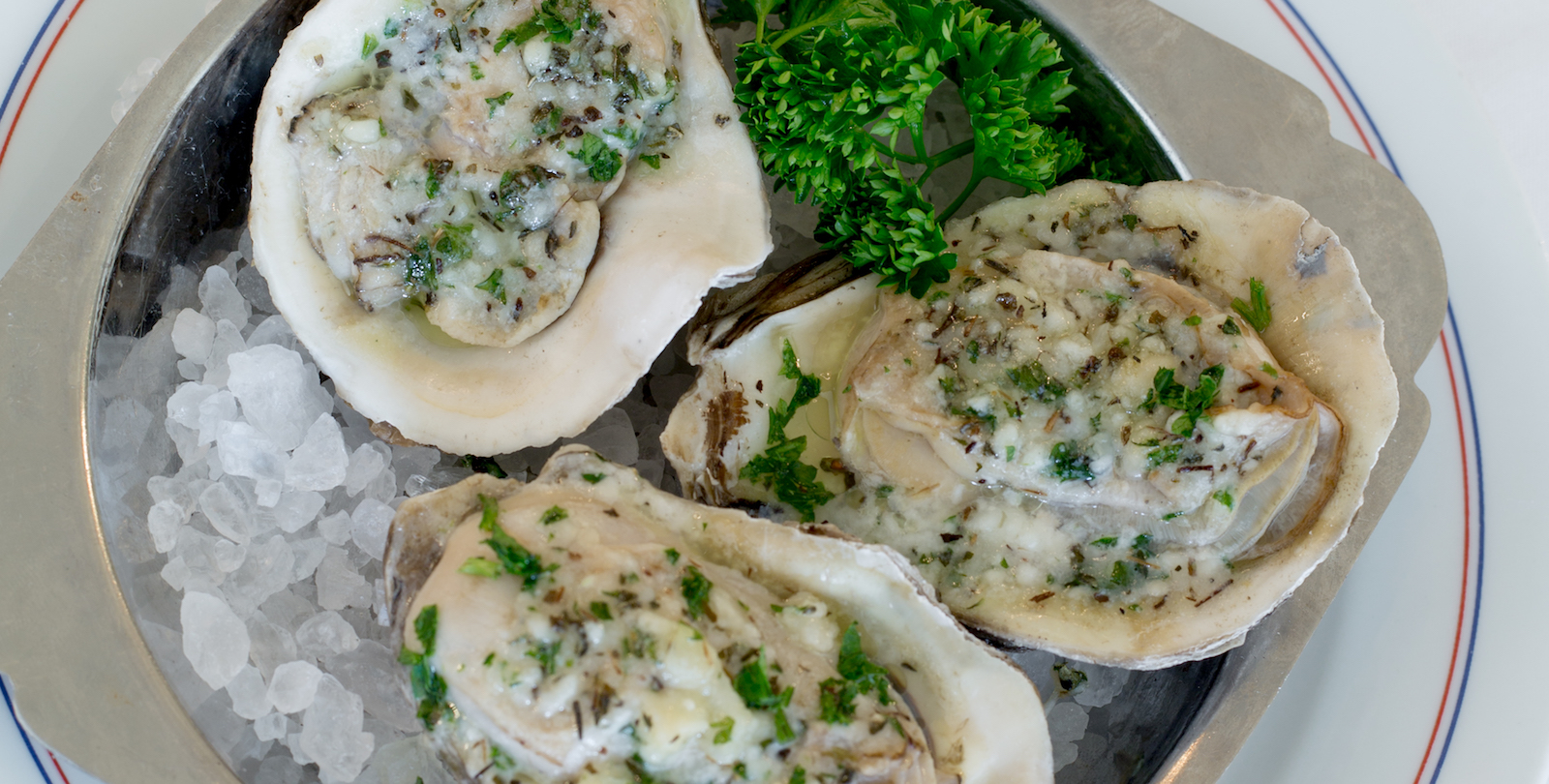 The Pharmacy Museum tour is actually really fun. I know when you hear “Pharmacy Museum” it doesn’t sound fun, but this is old timey apothecary stuff, with leeches and bone saws and that kind of thing. And the guy working there when I visited in 2016 was very entertaining. But… their website says they’re closed for the entire month of July for exhibit restoration. When exactly are you going?

ETA:
Oh, and head over to Frenchman Street in the evening and just go into whatever jazz club strikes your fancy. I personally really loved the Spotted Cat, but there are a ton of clubs along that street, mostly with no cover (albeit a two drink minimum usually, but it wasn’t really enforced at the Spotted Cat at least). Or skip the club and just watch the street performers. It seemed like there was a brass band performing in the street pretty much every night. A visit to Cafe Du Monde
The WWII museum

These two are awesome.

New Orleans has both an excellent Zoo & a really nice Aquarium on the waterfront in the French Quarter. Also the Bug Museum, I think it is one ticket. As you’re already hitting Cafe Du Monde, also do the French Market which is very close. Heck wander the whole French Quarter. (though be prepared for the unlovely smell, especially on Bourbon St.)

If you like used books, pick up one of the French Quarter Maps (free) and hit the 8-12 used bookstores.

The Art Museum up at the main park is pretty awesome and I’m from the NYC area, so that is that saying something.

If you’re adventurous, look for one of the swamp tours outside the city. The one at the Battle of New Orleans site is good but if you want, I might be able to get the name of the really good one from my BIL. I can’t remember where we were that day.

Plantation tours are popular though not my cup of tea.

N.O. is all about the food. Look up Brennan family restaurants and take your pick.

I thought Mardi Gras World was fantastic. You get to wander around a big warehouse where many of the props are made and stored.

The Muffalettas at Cochon Butcher are absolutely delicious!

Oh man, muffalettas. Okay, way more motherfucking bread and salty shit than a man needs to consume, but over-consumption is kinda the point in New Orleans. I personally prefer Po Boys to muffs.

Oh, a note about driving in NOLA–the streets in some areas are in bad shape. I was there during heavy rains and hit a submerged pothole right in front of my hotel and blew a tire.

Plantation tours are about a mile out of the city. In recent years, there’s been more of an effort by locals in NO to confront the horrible history of slavery & segregation by putting up plaques and historical markers around the city.

New Orleans is extremely complex - arguably the most complex city in the Americas when it comes to racial reckoning. Prior to Reconstruction, New Orleans was the most progressive city when it came to matters of race. It was a complex world in which whites and blacks (mostly light skinned) owned black slaves, and occasionally both races ‘owned’ white indentured servants (rare but it happened);

After the civil war, whites were paranoid and saw all black as evil. Ground zero for Jim Crow laws was New Orleans because the whites wanted to impose their will on all of non-white New Orleans/Louisiana.

Also, if you’re from a city that has a grid and you’re used to finding your way around a city that way, forget it. New Orleans is an easy city to get lost in. You’ll be heading north one minute, east and west the next.

If you have a car, take a day trip to Bay St. Louis, Mississippi and have lunch by the water. On the way, or on the way home, stop at Cajun Encounters for a nifty swamp tour.

If you have a day, explore New Orleans beyond the Quarter

Johnny’s Po-Boys on St. Louis is really good. Better than Mother’s on Poydras, in my opinion. And the line is shorter!

We had a good breakfast at the Old Coffeepot, but I’ve heard it’s shut, and I heard it had declined, so YMMV.

The bar at Arnaud’s is pretty nice; definitely the place for a civilized drink or two.

Mr B’s is very good as well. Cafe Pontalba is pretty good, and they have a great place overlooking Jackson Square for food and people watching.

And to make the trip complete, go over into the gay part of the Quarter and have a hamburger at the Clover Grill. FANTASTIC burgers, and it’s a total hoot to boot, with sassy waiters, etc…

I had some amazing jambalaya at Coop’s on Decatur Street.

You must get a muffuletta from Central Grocery.

I also recommend the charbroiled oysters from Drago’s.

Damn now I want to go back and get all these again!

I was going to suggest breakfast at The Old Coffee Pot, but looking it up I remembered they closed permanently a few years ago. Damn.

Drink a Hurricane at Pat O’Brien’s, where they were first served. If you’re up to it, drink a second, but never have a third.

Have lunch at Port of Call, where folks line up and eagerly await their opening each afternoon. Don’t order fries with your order!

I very much enjoyed a cemetery walking tour there and if you choose carefully you can support historic preservation at the same time. I preferred my cemetery tour over the ghost tour-more history and less hookum.

A simple thing yet very enjoyable is a streetcar ride. It doesn’t have to be one named “Desire” to give you all the flavor and I found it a good way to get a taste of the Garden District.

I echo the advice about drinks~they are fabulous but restraint is advised, they are potent!

I got to the point of visiting the Cafe du Monde twice daily, it’s that good!

I highly recommend Shaya on Magazine street. it is an Israeli food restaurant and the food is awesome.

Coops at the French Market end of Decatur is a local bar (where locals eat) crowded, a bit rude but awesome food. Red Fish Meuniere is my favorite.
For breakfast Camillia Grill was worth the long line.
I don’t eat oysters personally but Drago’s chargrilled oysters are praised by many who do. I relly like their Barbeque shrimp, My Dad personally likes Acme Oyster house or Felix’s.
Mr. B’s was good too. Bananas foster was so good.
Muffelttas at City Grocery (or the place next door to it)
I was disappointed in Mother’s shrimp po’boy but apparently the debris po’boy is good.

For music Frenchman’s street seems to be the place to go. One of my favorite groups plays there often, sometimes on the street… Tuba Skinny.

I quite liked the art museum as someone else mentioned, City Park is beautiful. I like to ride the Streetcars. I love the French Quarter are a lot of really interesting parts of the city besides. The Garden District, Magazine street.

We’re actually going to New Orleans later this month, so thanks for all the tips.

I was last there in 2003, so a while ago. I remember a display at a historic building that resonated with me:

I am not your dad, but I agree. It is in the French quarter on Iberville and I haven’t been there in 30 years. But when I was I had a dozen and then a second dozen and then a wonderful jumbalaya.

One of my favorite groups plays there often, sometimes on the street… Tuba Skinny.

Hey, I actually bought a CD from them when I visited NO! They were performing in Jackson Square, as I recall.