Got a question about Boondock Saints II (Spoilers, obviously)

OK, so, the second FBI Agent that turns up towards the end. “Cunty”, as Bloom called him. I was a bit confused towards the end, but was he working for the Roman, or was he legitimately trying to catch the bad guys when he and his men turned up at the end?

Also, a bit curious on some of the untranslated Italian that some of the characters used, such as Otillio’s “Family Famoso!” (I know “Famoso” is “Famous”, but was he saying “Family” in English, or was I mishearing “Familia”, or what? And was he simply saying that the McManus family was famous, or what?) As well as Concezo’s last words, which sounded like he was saying “Vaya Con Dios”. (“Go With God”). Is that just a traditional “Yep, I’m about to die.” kind of last words thing, or was it a sort of elegant way to tell the Brothers to go to the hot place?

Agent Kuntzler shows up because Agent Bloom did a bad job covering up the massacre at the Silver Peso. I love that they didn’t actually draw this out the movie and left it subtle.

Panza was saying “Va mi famoso” which is Italian for “Make me famous”.

Edit: Concezio says “vaffanculo” which is Italian for “Fuck your mother”. Papa Joe said the same thing in the first movie.

I have grown to love this movie and I find that while it’s not quite as balls-out awesome as the first, there is still much to adore. “Get a hostage negotiator down here you fucking wad! He could be in there all touching her… and shit!”

And then of course there is also: 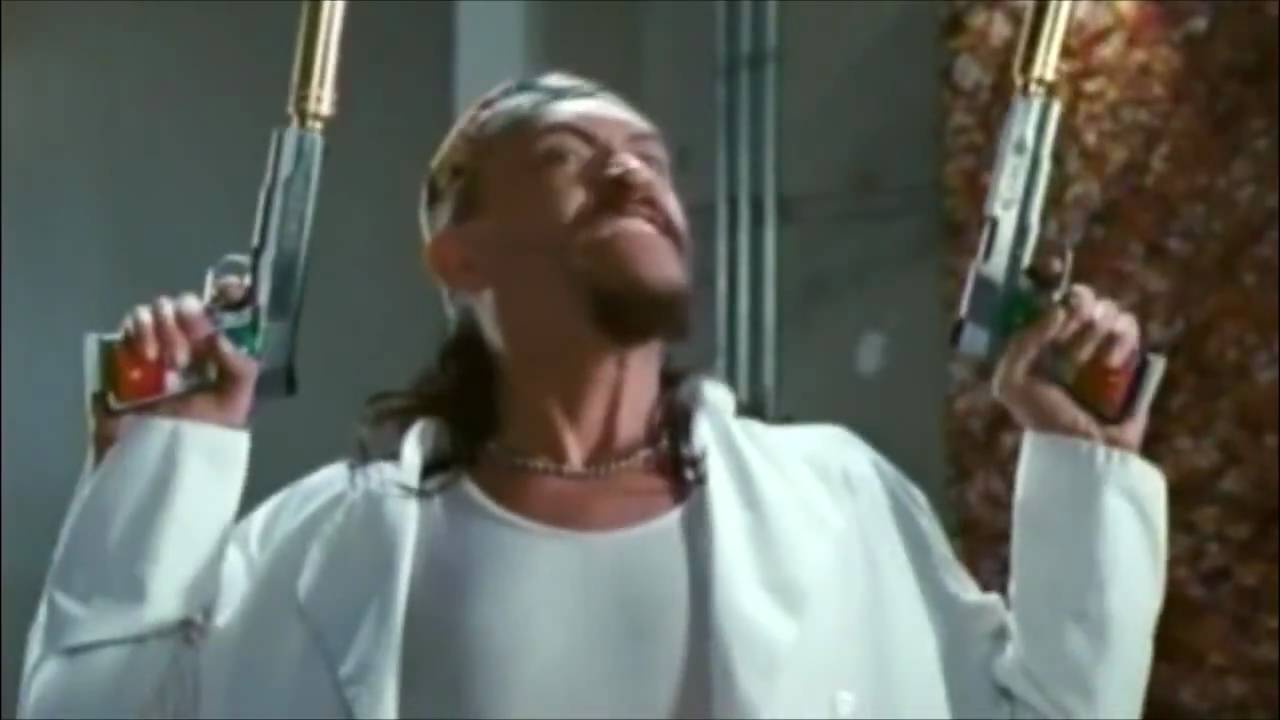 And then of course there is also:
http://www.youtube.com/watch?v=zbWuxrYhflo

I still say “Who ordered the WHOOP ASS Fajitas?” is better.

But then, I’m from El Paso.

“You talk to that man Jimmy Green, he’ll tell ya!”
“Oh here we go again! Jimmy Green, oh Jimmy Green… I don’t care if Jimmy Green’s ho-ing out your sister like a Chippawa Indian! You’re gonna get in there Jo Jo… and you’re gonna middle-of-the-road this fucking thing for me. AND YOU’RE NOT GONNA FUCK IT UP! You tell 'em everything we discussed.”
“Even the panic room thing?”
“Sure.”
“Good, cause that’s a nice icebreaker. They’ll like that. You know, I didn’t even think those things were real. I thought they made that up for that movie. Remember the one with the broad and the kid? The guys in the house?”
“PANIC! …Panic room?”
“Nah, the other one!”

And then of course there is also:
http://www.youtube.com/watch?v=zbWuxrYhflo