*X-Men *isn’t bad, but it’s very stiff compared to its sequel. The opening sequence showing Magneto’s origin is perfect – washed out colors, boots stomping through mud, his mother screaming “Erik!”, a family being torn apart, the Stars of David on their coats, a human tragedy.

The first ten or so minutes of Elektra were so good they made me think the rest of the movie wouldn’t be such a turd.

In Dirty Dancing, when Baby and Johnny are goofing around and crawling towards each other on the floor, lipsynching to “Lover Boy”. That moment sells their romance.

Probably contrary to the spirit of this thread, but I love the “Not the bees! Ahhh!” scene in the remake of The Wicker Man. Cracks me up, it does.

In fact, there were several awesome hilarious moments in that film …

My answer to this question is always the generally forgettable Honey, I Blew Up the Kid, in which Rick Moranis has accidentally embiggened his toddler son to 100x normal size or so. The poor kid is wandering around, not recognizing anything, quite upset, throwing a very destructive tantrum.

The solution they come up with, which I have to give them credit for being genuinely clever and logical in the absurd situation, is to embiggen his wife, the toddler’s mother, to the same scale. The toddler will then recognize her and she will be able to comfort and control him until they can be shrunk.

A witness to this dramatic event speaks the immortal words:

Look at the SIZE of that mother!

My answer to this question is always the generally forgettable Honey, I Blew Up the Kid,

There was the amazingly craptastic The Messenger: The Joan of Arc Story. Horrible all around. Joan finds a sword in a field and reasons that God put it there for her. There is a scene where The Conscience (Dustin Hoffman) gives her a number of alternate scenarios of how the sworn may have come to be there. It’s a brilliant scene.

This may not count as a crappy movie. It’s possible I just didn’t “get” it, but I hated Blue Velvet.

However, there’s a scene with Dean Stockwell playing someone who is magnificently drunk, but still trying to act “smooth”. His facial expression in the scene is just perfect.

If you’re talking about the bit where he lip-syncs Roy Orbison’s “In Dreams” (“A candy-colored clown they call the Sandman / tiptoes into my room every night . . .”), then, yes, that is a true Cinematic moment of Zen!

From the craptacular Night Of The Demons 2.

Mostly it’s cheezy and bad. But at one point, the nun who has gone to rescue the students has her crucifix and holy water knocked out of her hands. The villain says ‘Whaddya gonna do now, huh?’

The nun smiles, taps her chest and says “I have everything I need right here. It’s a little thing called faith.”

It’s a very well-delivered line that stands out from the rest of the film.

Creeps- A mad scientist builds a machine that brings legendary monsters in to the real world. Due to a malfunction, the monsters arrive as dwarves. Mostly, this film sucks. But B movie regular Phil Fondacaro gives what may be the finest Dracula performance ever. He’s sexy, noble, atavistic and threatening all at once. To me, his performance in creeps was the final proof that if the man had been born regular size he’d be an A list star with numerous Oscars.

Probably contrary to the spirit of this thread, but I love the “Not the bees! Ahhh!” scene in the remake of The Wicker Man. Cracks me up, it does.

In fact, there were several awesome hilarious moments in that film … 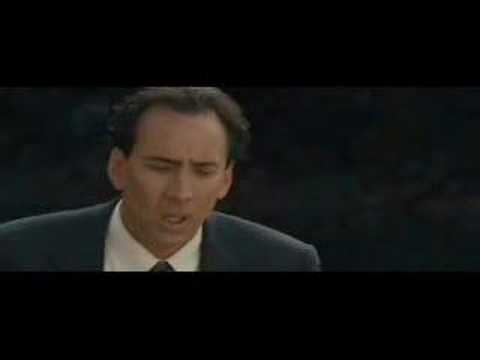 The scene is Ryan confronting her estranged mother about why she left her and her sisters in the care of her loving but alcoholic father.
“Motherhood… it just didn’t take.”

I thought Beerfest was kind of dumb even by the standards of this type of film. But there was one great gag in it

where after Landfill dies, his twin brother just sort of appears out of nowhere after the funeral and he asks all the other guys to call him Landfill also, and they go on as if nothing had ever happened. I just like how the film takes time to acknowledge the ridiculousness of this concept. You knew the writers were sitting trying to figure a way out of this dilemma and they just sort of said, “Fuck it. We know this is stupid, but we’ll make it a gag out of the fact that it’s stupid.”

Before YouTube, I would gladly sit thru The Hollywood Knights for this.

This may not count as a crappy movie. It’s possible I just didn’t “get” it, but I hated Blue Velvet.

However, there’s a scene with Dean Stockwell playing someone who is magnificently drunk, but still trying to act “smooth”. His facial expression in the scene is just perfect.

An absolute stinker of a movie, in spite of the Epic Awesomeness promised by this early scene.

Lots of people loved “Five Easy Pieces” but I thought it was pretty bad. But the scene in a restaurant where Jack Nicholson tries to order toast is classic.

I rather thought the whole movie was pretty good up until the end of that scene. I cite Generations as the textbook “Most Abrupt Collapse of a Motion Picture”.

For the OP, I submit The Keep – Lame throughout, with a near incoherent ending, but two gorgeously composed scenes – one of Scott Glenn riding a motorcycle away from a border checkpoint, and one long pullback into a cave that Nazi soldiers have discovered. Breathtaking, but to no end…

I rather thought the whole movie was pretty good up until the end of that scene. I cite Generations as the textbook “Most Abrupt Collapse of a Motion Picture”

Could you elaborate? I thought the movie was pretty bad but, for me, the battle and the crash are great.

Wow. While not a great film that was definitely the crappiest moment in it.
The never ending alley fight scene that ground the movie to a screeching halt.
.

Opinions vary, but if you didn’t like the movie overall and you didn’t like the fight scene, I think it’s safe to say the movie just wasn’t your thing. That fight scene was epically over-the-top, and everyone involved with making it knew it. I think it accomplished exactly what it set out to do, and I LOVED how the attitude of those involved changed over the course of the fight. Anger, laughter, shock and apologies, pigheadedness. . .I liked the movie, and I think the fight was very much the best thing in it.

I enjoyed the opening street dance sequence to Austin Powers - along with the credits - I thought I was going to like this film - but then the self indulgent mess of a film followed .

and don’t get me started on the sequel.

“I believe there are two things in life you should do with pride: taking a shit and gettin’ laid.”