Guitarists: Whom Do You Admire Most As A Player?

Thought I’d get some music convo going. So like…my tastes have evolved a lot, especially recently. Where I would once rank Eddie Van Halen and Yngwie Malmsteen as the Gods of Rock, I would now replace them with Marcus King and Billy Strings.

Whom is really getting your ear these days? For me, it’s the aforementioned Mssrs King and Strings, but Laur Jomets is a cat I could just listen to play without any words. Molly Tuttle, a recent introduction to me, slays flatpicking. There are others.

Which brings me to how my evolution has been driven by good songwriting. EVH is a perfect example to use. Great and innovate playing, but Van Halens songs mostly suck. Same thematic elements (girls, partying, cars, beaches. etc) over and over. Sure, they were always an LA party band, but so was Motley Crue and most of their songs suck too.

I do not know how to quantify good songwriting very well, but for me it’s about breaking genres (personally, Billy Strings caught my ear and I do not like traditional bluegrass much, but the songs and playing are too good to deny) as well as having lyrics that say something, something that speaks to the listener.

Going to go with the obvious and say Hendrix. I didn’t really appreciate him as much as I shouldv’e, growing up with his hits as background. But when I started listening to his live stuff, especially a “lost” recording that came out in the early days of DVD, ‘Live at Winterland’ hearing the freshness and innovation of live songs I had heard a million times really opened my understanding of his creativity and sheer talent. Sure, guitarists who came later like SRV may have been more technically precise, but not better.

Underrated guitarist I admire: David Gilmour. Not as technically flashy as some, like the aforementioned Hendrix, but he sure could do a lot with fewer notes.

Man, I do not think Gilmour is underrated, unless you’re talking about the shredders that scoff at anything not played at 180bpm. But yeah, so tasty. His work on that Strat tremolo arm alone is worthy of mention, let alone his songwriting, singing, producing, etc.

Hendrix was always someone I heard and really liked but cast it into “I can never do that” category in my brain.

Man, thanks for that. I know whom Howlin’ was. I didn’t like the song all that much but man that tone of that axe he’s playing there on that solo with the horns “brrrrrriiiiiiinnnngggg” along is awesome.

It sounds like a Tele on the neck pickup played through an old Fender amp drenched in spring reverb. That’s my guess! It’s great playing though, thanks!

Interesting choice! And if IRC from before my extended absence on here, by extension Stevie Vai. And I believe you like heavy music too.

Anyway, Zappa could play the fuck out of the guitar, but I honestly have to say that despite his obvious brilliance as a player, composer, songwriter, developer of talent, whatever…I never really got into Frank’s music.

In some photos, it looks like a Les Paul.

I think Prince is amazing – great parts, super tight and funky, and can shred with the best of them. His solo on the George Harrison tribute at the Rock and Roll Hall of Fame thing was ridiculous.

Starts at around 3:27, in case you haven’t already seen this: Prince, Tom Petty, Steve Winwood, Jeff Lynne and others -- "While My Guitar Gently Weeps" - YouTube

Brian May. He did some incredible things on the guitar for the Queen albums.

In some photos, it looks like a Les Paul.

Cool! I have some nice guitars but nothing near as antique as that!

I think Prince is amazing – great parts, super tight and funky, and can shred with the best of them. His solo on the George Harrison tribute at the Rock and Roll Hall of Fame thing was ridiculous.

Starts at around 3:27, in case you haven’t already seen this: Prince, Tom Petty, Steve Winwood, Jeff Lynne and others -- "While My Guitar Gently Weeps" - YouTube

I have seen that a few times. I think in his case that people always knew or talked about his multi-instrumental prowess but didn’t really hear him lean into it on guitar like that before.that video were more surprised than anything, lol. He didn’t really break out a lot of guitar solos in much of his recordings, as pop-chart focused as they were. And disclaimer: I do not like his music for the most part.

Here’s a video of him playing bass live in Paris in 2011, where he trades his Telecaster onstage for a bass and declares to the crowd “Ya’ll ain’t ready for me!” and just kills it.

Brian May. He did some incredible things on the guitar for the Queen albums.

Man, no doubt on that guy. I kind of put him and like, Mark Knopfler in this otherworldly category. I mean shit, May and his pops made a guitar that he still uses today out of a fireplace mantle, lol. I think I read somewhere that he’s a PhD in something like astrophysics or something too. Interesting cat.

And here I’d opened this up to say Mark Knopfler.

I was entranced by his soundtrack to Local Hero, and was reminded of the jazz adage “…it’s the notes you leave out.”

SO different from other superstar guitarists of those days. Still love his stuff.

I have learned that there’s realy not a replacement for feel, knowing how to swing a beat, and that tone is mostly in your hands. And man, is it a tough and often expensive lesson to learn.

I think I read somewhere that he’s a PhD in something like astrophysics or something too.

He’s on my short list of guitarist whom I really admire for their virtuosity, along with Prince and Steve Howe.

He’s on my short list of guitarist whom I really admire for their virtuosity, along with Prince and Steve Howe.

I forgot about Steve Howe. I always had the feeling that he never had to rehearse; whatever popped into his mind for a song came right out of his fingers first time without having to write it down.

Hate to say Clapton because as a human being I admire him the least just now, but he could do something no other shredder could do as well: he could get his guitar to emote. (And he’s an underrated vocalist as well.) Sometimes it verged on schmaltziness, sometimes it was too raw to be processed, sometimes it was too blatantly pulling on the heartstrings (pun intended), but MAN, he could express pain, longing, heartbreak, more effectively than any other guitarist I ever heard.

I still remember the first album I got for Christmas… Cream, Wheels Of Fire. The second LP was live, and that version of Crossroads blew me away.

*Now if we were doing bass players…

When I was 10 years old we got cable and the first thing I ever saw on MTV was Slash in the video for “Welcome to the Jungle” and all I ever wanted in life from that moment forward was to play guitar just like that guy.

He’s nothing special in a technical sense; most of his own contemporaries could play circles around him in a “shredding” contest, and really if you break it all down his style is entirely comprised of a handful of speed licks, and a complete mastery of the minor pentatonic scale. But he had style and he just has a natural sense of melody and groove that feels totally organic. He may have come up with that riff or solo decades ago, but it always sounds like he’s playing it for the first time, because he’s still into it.

If I really had to defend my choice in one sentence, it really just comes down to “he’s my guy.”

I agree with Brian May…it’s interesting that he and his dad built his guitar from scrap and such.

The Red Special is the electric guitar designed and built by Queen's guitarist Brian May and his father, Harold, when Brian was a teenager in the early 1960s. The Red Special is sometimes referred to as the Fireplace or the Old Lady by May and by others. The name Red Special came from the reddish-brown colour the guitar attained after being stained and painted with numerous layers of Rustins Plastic Coating. The name Fireplace is a reference to the fact that the wood used to make the A guitar... 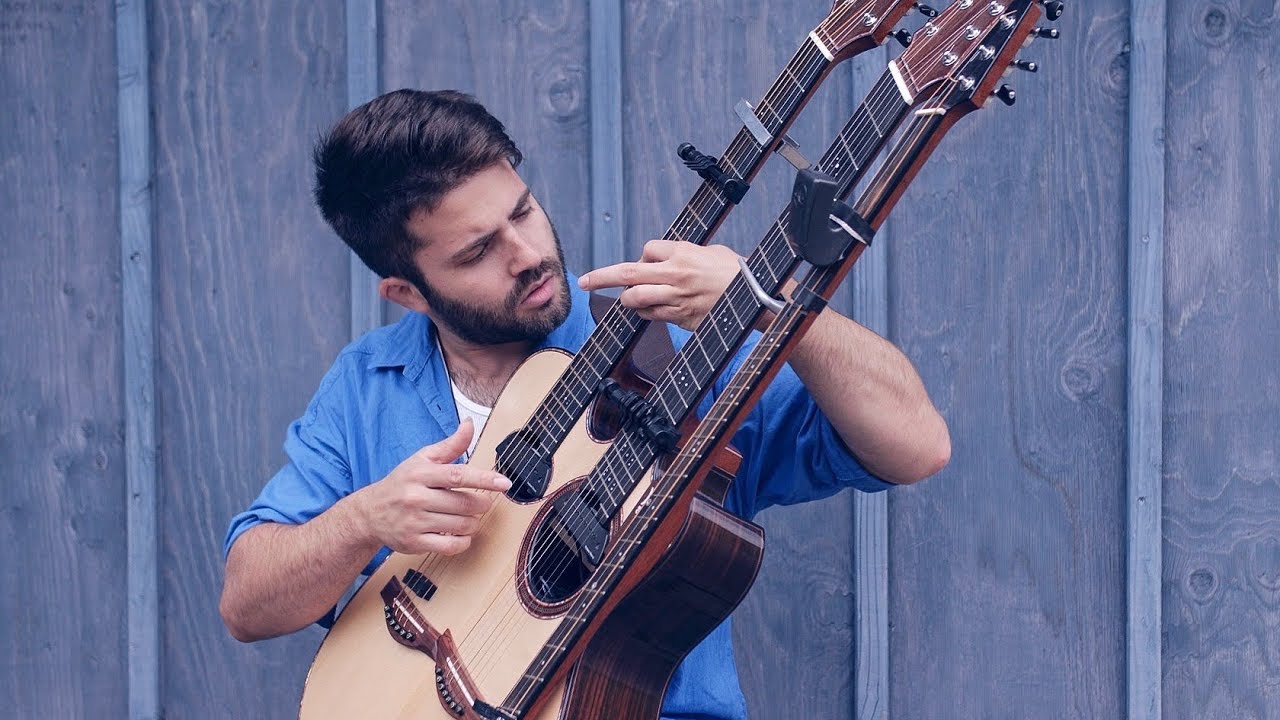 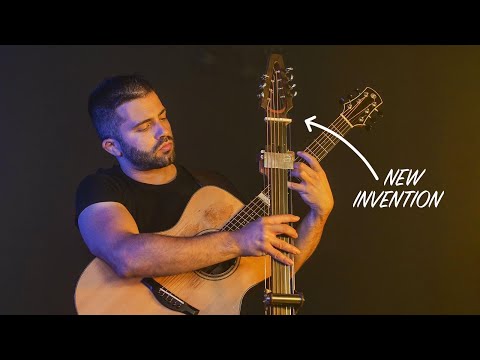