has anyone seen Dan Orlovsky’s new “hair storm” (can anyone call it hair style?) He’s shaved sides, but bunch of hair on top resembles bad toupee

For those who are wondering, “who?” – Dan Orlovsky is a former NFL quarterback, who is now a football analyst with ESPN.

@fedman1: is this the hairstyle you’re talking about?

As someone who works with teenagers and young adults I can say that this hairstyle is the new Big Thing. Shaved sides and back, the top long enough to flop over but not long enough to cover the ears. It looks completely stupid to me but hey, it’s not my head and who am I to judge? But its definitely trendy today.

Yes, that hairstyle is everywhere (it’s called a “quiff”), so I’m surprised you haven’t seen it before.

Yeah I have a similar style though the top is longer. It’s weird you think it’s anything of note since it’s extremely common, I see it everywhere.

I see it on Peakey Blinders. It’s a blind prejudice, I admit, but it conjures up images of young Nazis, historical and contemporary. But hey, I just wish I had hair

It’s a blind prejudice, I admit, but it conjures up images of young Nazis, historical and contemporary.

Yes, this, it always makes me think of Nazis. I don’t think that’s intentional with the folks getting the cut, but it’s the first image that pops into my mind’s eye.

Heh, one of my favorite lines from Modern Family:

“It worked for Sheena Easton and it can work for you!”

I’ve been cutting my own hair since the beginning of the dark days. My initial attempts were at “a fade”. I’ve gotten pretty ok at it.

One time I started cutting and got frustrated at how long it was taking, so I said fuck it after finishing the sides and back. My gf convinced me to finish it the next day.

Son-of-a-wrek calls it ‘high and tight’ from his time in the military. But it wasn’t near as long on the top…

The ‘mullet’ truly scares me.

The only person who can pull off a mullet is Jaromir Jagr. Otherwise, please, for the love of god, let it pass.

Ahhhh, Jaromir. I remember when he first signed with the Pens. A buddy ran into him at a bowling alley. They were simpler times.

Femme version, known as a “chick fade”. I think it’s hot on the right woman. 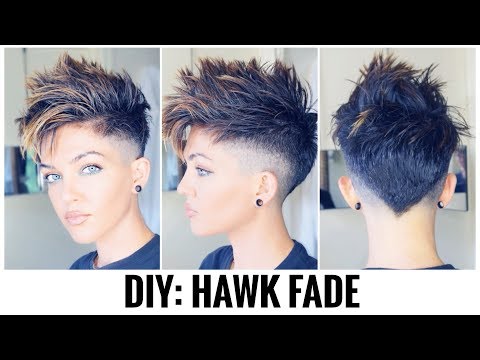