Please help me identify this game that I remember playing. It was a conquer the world type simulation, where you could choose to play as any real world country, not just major powers, but any nation, even the Bahamas, Luxembourg, and other such small countries. I remember playing around 2004 or 2005, but it could very well be an older game. Countries had four resources, food, water, energy, and metal; or it could have been that food was divided up into grain and meat and water wasn’t a resource. You could research technology on a scale of 1 through 9 for various types of weapons like tanks, fighter planes, infantry, helicopters and such in general, but also specific aspects like armor, speed, fuel efficiency, firepower, rate of fire, etc. The actual battles took place on a vertical screen, with units being represented by small icons approaching each other and firing what looked like small lasers at the enemy, regardless of what type of unit it was. The player units started at the bottom and the AI units started at the top of the screen. Each country started with actual real life weapons already available to build, i.e. the US could build Abrams tanks, Russia could build T-80s, and so on, with the real world names being used. What game was this? Thank you for any help in helping me identify it.

Sounds like maybe Hearts of Iron? It’s from 2002 and the Metacritic blurb says:

The game’s map spans the entire world and allows players to take the War to any new front of their choosing. Any nation in the world is playable, but the game focuses on the struggle between the great alliances of the new world orders: Fascism, Communism and Democracy. Hearts of Iron is developed by the team behind the award-winning sales success “Europa Universalis I” and “II” and brings the same depth of gameplay and historical accuracy to a modern day gaming experience.

Sounds like maybe Hearts of Iron? It’s from 2002 and the Metacritic blurb says:

I checked all three of those. It wasn’t any of them. This game was set in the present day as of the time the game was released. There were some initial built in loose alliances, in the sense that overseas US bases were included, but no formal mechanism to make new alliances. It was basically every country for themselves.

The actual battles took place on a vertical screen, with units being represented by small icons approaching each other and firing what looked like small lasers at the enemy, regardless of what type of unit it was.

Do you remember if it was turn based or real-time? Did you have any control during the battle or are we talking about an animated battle sequence? What were the graphics like, top down? 3D? Were your military assets represented by abstract boxes on a grand strategy map? Was there hex grid? a square grid? Was the map always the real world? Did the game support a mouse?

Do you remember if it was turn based or real-time? Did you have any control during the battle or are we talking about an animated battle sequence? What were the graphics like, top down? Were your military assets represented by abstract boxes on a grand strategy map? Was the map always the real world?

Units were stacked based on type, meaning an attack force would have a small tank icon for a stack of M1A1 Abrams, a second icon if you built some M1A2s, and so on. In theory you could control the units, but they would respond rather slowly. Left on their own, they tended to do dumb things, like an anti aircraft unit deciding to attack a tank unit even though a fighter jet unit was right next to the tank unit.

Outside of combat the game was turn based. It was basically a map of the real world. No separate scenarios, just one “here’s the world, go out and conquer.” The map had small squares representing military bases, which were the main units that would launch attacks / be attacked. There was a research and design screen where you would research tech and design new units. These could be arranged by individual armament for more advanced units. For example, you could design different missiles, then different fighter jets that could swap out which missile they would be armed with, and then aircraft carriers that could have different fighter jets attached. The design screens had a generic missile / tank / helicopter / submarine / whatever, depending on which unit you wanted to work with at the time. There were nuclear weapons, but as in real life, when launched would lead to MAD, regardless of target, and that would be the end of the game. The AI countries wouldn’t use nukes, even when losing a conventional war, except in response to the player launching. The US nuking Mexico, for example, would likely lead to Russia nuking the US.

ETA. The combat screen itself was an overhead view, with little tiny icons representing the units. IIRC one was better off having more variety in units than one large stack. For example you would be better off having 50 M1A2s and 50 M1A1s rather than 100 M1A2s.

I also recall that the funnest countries to play were those with a diversity of resources but that don’t start as superpowers. Colombia, in particular, was my favorite country to play. It wasn’t already built up, so you could develop as you please, but it had enough resources to start with so that you weren’t stuck with no way forward like the more resource poor countries.

I would say SuperPower 2… it features 140 playable nations, a conquer the world objective, boxes for units on the world map, modern vehicles, 10 rather than 9 levels of military technology, resources broken down into foods/energy/raw materials/industrial materials, stacked units on the battle screen, nuclear warfare, etc. But that is a real-time game, the map was a globe, and the battles are from a side angle rather than vertical and lack the lasers. Also there’s a whole lot more than military going on in that game.

All above links are timestamps to this video 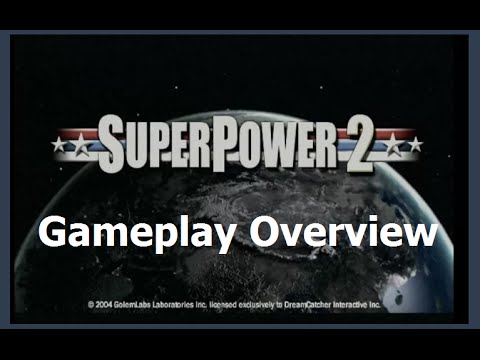 I would say SuperPower 2 … it

Very close. After watching that video, I checked out a similar one for the original Superpower. That was the game that I was trying to remember. Thank you for your help

. The weapons weren’t actually lasers. It was just a generic, this unit is shooting at that unit graphic, rather than separate graphics for bullets vs. bombs, missiles, rockets, tank shells, etc. Now that I think about it, I probably forced it into a pseudo turn based mode by pausing frequently.

I bought the game Superpower back in the day and never could get it to run.

Honestly I’m surprised at the dearth of grand strategy wargames set in the modern (post-cold war) era. You have Risk ports, Axis & Allies ports, a couple Paradox titles (Hearts of Iron and Supreme Ruler), Super Power, and a handful of more recent indie titles like Realpolitiks.

Same, the original release was buggy as hell, from what I recall. Occasionally I think about picking it up and see if they patched it, but then I just reload HOI4 instead.