On the 22nd, I went for a walk and when I came back around 10PM on what had been a rainy evening, I heard meows from behind me. There was a kitten under a car that had been hiding from the rain: Imgur: The magic of the Internet

It took about 5-10 minutes for me to approach him enough to grab him and I brought him home. He saw a vet a few days later and he may have had a sprained wrist for which he got anti-inflammatory meds and it’s alright now. He may have intestinal worms so he’s staying in kitty quarantine in my bedroom until the treatment is complete because I have 3 other cats. They’ve seen him a bit, had a sniff, even a lick and though there’s been some hissing from the current residents, it looks like they’re going to accept him. They hissing is just them being pussies. The vet says he looks about 3 months old.

For names, I thought of Bumpy because he had a bumpy start and I found him under a car.

I also thought of naming him after my favorite philosophers.
Thales of Miletus was a philosopher who, instead of trying to explain natural phenomena with the will of the gods, tried to explain him with naturalistic phenomena. He said that everything was ultimately made of water in different forms and configurations. He was wrong about the water part but the idea of explaining the unknown with the known rather than the unknowable has worked out well. The connection to water would also fit that I found him on a rainy evening so I thought of Thales.

He’s been remarkably chill for a kitten given the circumstances so I thought of calling him Aurelius after the Stoic philosopher Marcus Aurelius.

Mill or Stuart are also possibilities as I quite liked John Stuart Mill’s On Liberty and the kitten seems to have the self-control combined with desire for freedom and pleasure/happiness that I associate with Mill.

I’m open to other name suggestions.

I also want to buy a cat tree and toys/accessories to welcome the new cat.

Extremely cute little guy. I’m sure his name will become clear as his personality emerges.

We will, of course, need more pictures of him and his older feline siblings.

Cute little feller. I’ve had good luck with this tree, although Chewy seems to be temporarily out of stock. I liked it because it looked (and so far is) easy to keep clean. (If I could have found something a little less modern looking but without carpeting or fake fur wrapped around posts or cubes, I’d have gone for one of those as I am SO not into modern architecture or furniture, but the cat comes first.) 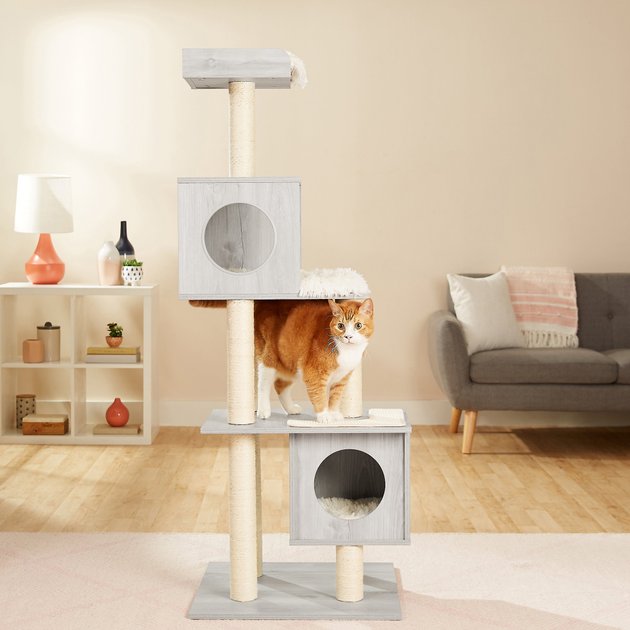 Four in total you say? If you like classical references, how about one of the four famously mutually supportive sons of Attalus I of Pergamon. Works better with a full litter of four boys I guess, but Athenaeus was the youngest. You could call him…erm…hmmm…how do you shorten Athenaeus? Atty?

But I do like Aurelius. But how do you shorten Aurelius? Orry?

Call him Aristotle, and shorten it to “Tots”.

d’Artagnan, as he is joining the three musketeers. Call him Dart for short.

I’m gonna say it again on the off-chance someone might actually use it:

So when you show him to folks, you can say, “This is our Kitty, Carlyle!”

Last time I’ll suggest it; I try not to be a pest.

Similarly, I’ve long been trying to get someone to name a dog Askim.

No opinion on the name at the moment, I’ll check back in if I get an inspiration.

Cat tree? You are obviously insufficiently worshipful of your new furry master.

Check out these incredible cat rooms filled with cat supplies, like cat steps, a covered cat bed and cat trees, and the lucky felines who get to call them home.

But if you are somehow limited to a single tree, it’s been my experience that cats love hammocks and crow’s nests. 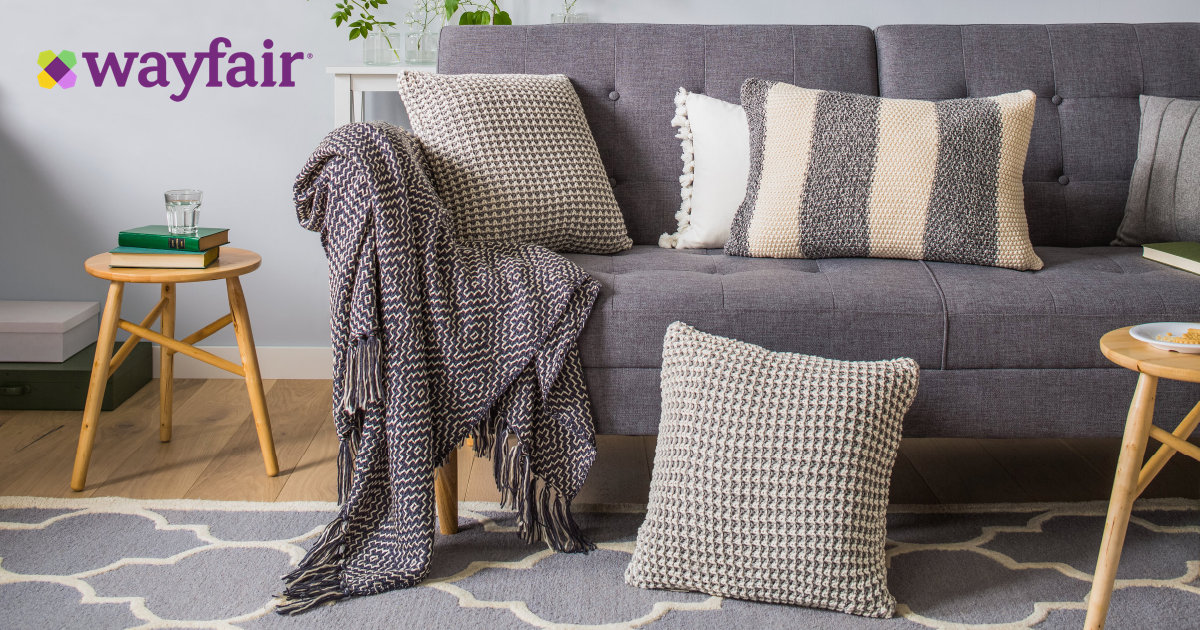 Shop Wayfair for A Zillion Things Home across all styles and budgets. 5,000 brands of furniture, lighting, cookware, and more. Free Shipping on most items.

Righteous! Has the potential to be an outstanding Abbott & Costello routine.

For people who don’t know who Kitty Carlyle is, substitute Forman. Then do the laugh. 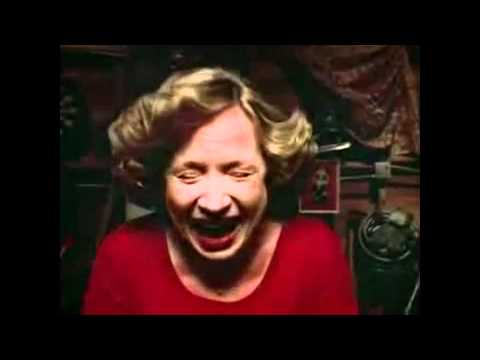 He’s been remarkably chill for a kitten given the circumstances so I thought of calling him Aurelius after the Stoic philosopher Marcus Aurelius.

Stoic is a great name

On the 22nd, I went for a walk and when I came back around 10PM on what had been a rainy evening, I heard meows from behind me. There was a kitten under a car that had been hiding from the rain: Imgur: The magic of the Internet

It took about 5-10 minutes for me to approach him enough to grab him and I brought him home.

Are you sure you haven’t taken someone’s pet?

Did you advertise him, and check the area the next few days for ads and posters? (The vet. presumably checked for a chip.)

– I don’t know what his name is either. But he may tell you.

I also want to buy a cat tree 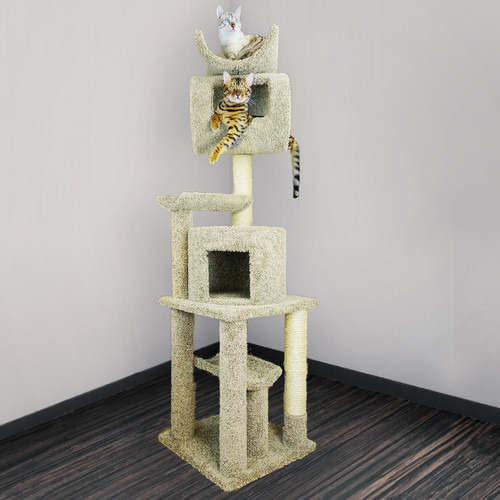 The lowermost supports could use recarpeting but at least it’s not a danger to our kitties.

With that coloration, I might go with “Smoke” or “Smokey.”

Sir Meowington of The Large Ears.

He’s going to like the boxes they come in better than any tree or toy.
I vote for Bumpy, and please do advertise in case he belongs to someone.

I’m an author, and when I put a cat in a story I generally use the names “Whiskers” or “Sneakers”.

Koritza approves of the second tree. She really enjoys sunning in it, and lager likes the Astro turf bottom.

Good luck with the little one.