How is Buy dot com?

They have HP Procurve switches at about half the usual price.
Are they on the up and up?

I have made occasional purchases from them over the last ten years or so. I’ve never had a problem.

They are basically modeled after amazon (but a lot less popular).

Note that like amazon, they also have “marketplace” sellers. You may see some items being sold by third-parties through the buy.com web site. These parties may or may not be reliable (just like amazon marketplace sellers). I’ve only ordered stuff sold directly by buy.com. If that concerns you, every item does explicitly say whether it is being sold through a third party.

Buy.com is pretty big - not Amazon/Newegg big (#1/#2 online only retailers), but plenty big. I’ve ordered probably a few thousand dollars from them over my lifetime and had no problems. (vs probably 20k Newegg/Amazon combined)
I tend to use them when they have refurbished items at cheaper than the new cost at Amazon/Newegg - and it seems like they have more refurbs than Amazon does.

I once had a problem with their customer service (I never received a package and they were just like “sucks to be you” and I replied that that was not acceptable, and they ignored that email [my reply really just said I found their response unacceptable, I didn’t tell them to go fuck themselves or something that they’d be right to ignore]). I’d ordered from them several times before that and never had a problem, but I haven’t bought anything from them since.

They have abysmal customer service reviews: 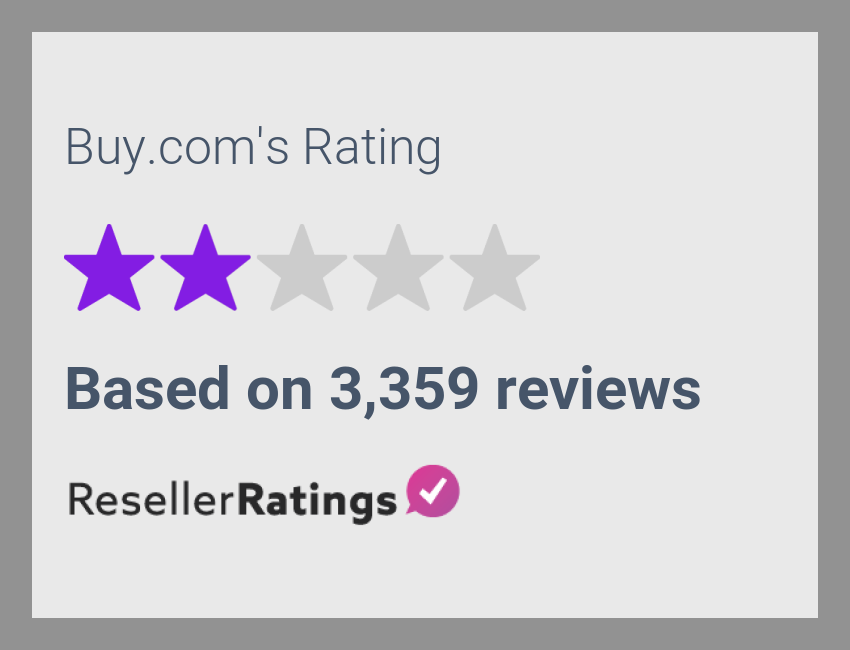 It’s one of those places where, if the order is OK and you don’t need to return it, I’m sure it’s fine. But if you actually need to talk to someone, good fucking luck. I avoid them for this reason, though I have bought the odd thing when they’ve had severe discounts. Generally I stick to Amazon and Newegg because I don’t like to deal with customer service hassles and they don’t treat me like an idiot/criminal. It’s just not worth saving a few percent when buy.com has the lowest price when I know if I’m not happy, Amazon will just give me a return label, no sweat. And mind you, I don’t return much, but I do order a ton of stuff online and things do sometimes end up broken or not quite what the website described.

The nice thing about Procurves is the lifetime, no-questions-asked replacement warranty. The last time I bought something from Buy.com was about 10 years ago.

The nice thing about Procurves is the lifetime, no-questions-asked replacement warranty.

Thank you all for your input.

Thank you all for your input.

I hope this isn’t too much of a hijack, but I love customer service stories like this.