How many products use the "razor blade" business model?

For those who don’t know, the “razor blade model” refers to the business model of selling the main product cheaply, usually for less than it costs to make, but making up the difference by repeatedly selling replacements for some consumable component of that product. The model gets its name because IIRC Gillette invented it when they marketed the first replaceable blade razor by selling cheap razor handles, so people would have to buy replacement blades from them.

In a thread about printer ink, @Limmin mentioned inkjet printers using the same model – sell cheap printers, so people are locked into buying expensive replacement ink cartridges. In fact printers might actually be the more well know example of this business model nowadays.

Then @Mean_Mr.Mustard mentioned glucometers and their replacement test strips following this model as well.

So that inspired me to start this thread to see just how many products we can think of that use this model. So far we have:

A few more I thought of:

Athought sevices instead of products, and I don’t know about the current situation but satellite TV (Dish, Directv…) used to. [they sold the receiving equipment at a loss.]

Polaroid used to be big on this. Their cameras were pricey, but not as pricey as they could’ve been. Polaroid intended to get back most of its costs by selling you a lot of disposable film.

They continued this business model with the abortive Apollo line of laser printers that were going to take digital X-ray, CAT scans, and the like and turn out perfect X-ray-type images. And it was a gorgeous system. The plan was to sell the equipment cheap and make back the money on the plastic sheets that were required to print out the image ( and which only Polaroid could provide). But the company went belly-up before they could implement this. I suspect this was the plan for their Polavision instant motion pictures, too – but that never caught on, and then videotape made it obsolete.

Polaroid used to be big on this.

When film in cameras was still a thing, I think that Kodak made most of its money on the chemicals and supplies to process the film in the camera. Cheap cameras were plentiful, but the film could a bit more pricey, and the processing of film was even more.

Freemium, a portmanteau of the words "free" and "premium," is a pricing strategy by which a basic product or service is provided free of charge, but money (a premium) is charged for additional features, services, or virtual (online) or physical (offline) goods that expand the functionality of the free version of the software. This business model has been used in the software industry since the 1980s. A subset of this model used by the video game industry is called free-to-play. The business mod...

It’s not quite the same thing, but luxury-level carmakers are introducing something along the same lines. They don’t sell the base automobile at a loss, but they are trying to switch over to an ongoing-revenue type of model, where activation of key up-sell features is supported by monthly subscription rather than a one-time installation fee like it used to be. 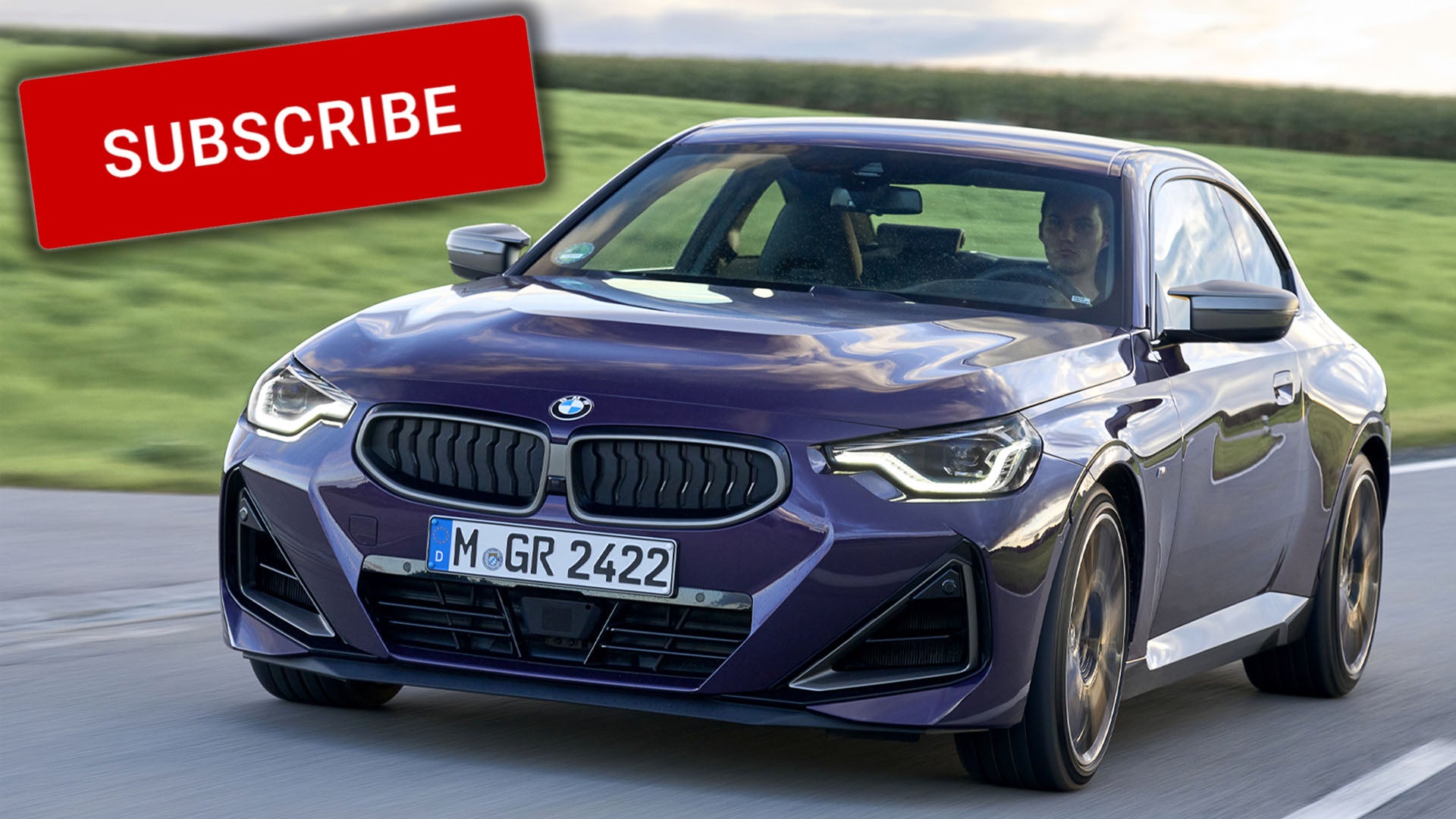 The automaker charges for the use of pre-installed hardware in some markets, and people still aren't happy about it.

A friend who works on the floor of an auto manufacturer opines that this is less about changing the revenue stream, and more about saving money during manufacturing. It’s cheaper, he says, to make every single car exactly the same way, with all common features included, than it is to accept buyer-customized orders via dealers that require individual cars to receive individual attention on the line. He’s on the floor, though, so he’s not directly privy to management strategy, and he concedes this is just his opinion. Still, it makes sense.

I once bought a box/carton stapler that was. essentially, free, but linked to a contract for the ongoing purchase of staple wire.

I also bought a nail gun that used strips of nails with a resin coat (to make them hold better). This was on a similar deal, although did pay something for the gun.

It’s cheaper, he says, to make every single car exactly the same way, with all common features included, than it is to accept buyer-customized orders via dealers that require individual cars to receive individual attention on the line.

I recall some CPU manufacturers did that with their chips. They designed one top-of-the-line chip, and then physically disabled certain features to produce budget-priced CPUs. They figured it was worth it to sell the “same” chip slightly cheaper, rather than have someone decide not to buy the top-end model at all.

A friend who works on the floor of an auto manufacturer opines that this is less about changing the revenue stream, and more about saving money during manufacturing. It’s cheaper, he says, to make every single car exactly the same way, with all common features included, than it is to accept buyer-customized orders via dealers that require individual cars to receive individual attention on the line.

Possibly, but that doesn’t explain the use of a subscription business model – it would be simpler and possibly generate less customer resistance to have a single upfront fee for turning on specific features (which could be installed on all cars if it’s cheaper to do it that way, with a special manufacturer-accessible electronic or mechanical switch to enforce the price premium).

Well, sort of. The manufacturing process isn’t entirely consistent: Some chips will be high enough quality to support the maximum speed, and others will be lower quality, and can’t support the top performance, but can still function just fine at a lower performance level. So they stick the high-performance label on the best ones and sell them at a high price, and sell the lower quality ones at a low price.

At the start of a production run, this natural variation is usually enough to account for the different markets for chips at different performance levels. But as the run goes on, they learn how to make them more consistent, and so you get more of the high-quality ones rolling off the fab. At that point, they usually start downclocking some of the high-quality ones, and selling them at the price of low-quality ones. Which means that if you know how to increase the clock speed (not all that difficult), you can buy a cheap chip that will probably be able to perform like an expensive chip… but might be a genuinely low-quality one and burn out when you try it.

I have a Litter Locker. It came with fancy bag inserts that came in a ring and you tied the end to close it. After what came with it ran out, I just stuck regular 13 gallon trash bags into it. Works fine. Never bought a single refill.

So yes buying a Swiffer mop/jet/handle does create a market for the subsequent refills but I’m not sure the pricing structure really matches the “razor blade” business model, where the refills are super heckin’ expensive compared to the thing you attach the refills to.

I think it’s not just whether the refills are expensive compared to the original cost but whether you’re locked into buying the refills only from the same company that makes the model work.

Remember back when you would get the toy you wanted so badly but were only able to use it a few times because it was necessary to buy expensive refills to ever use it again. Easy Bake Oven, Sno-Cone machine, Creepy Crawlers, rock tumbler, etc. My parents would never spring for the refills. We’d have to be creative. We melted chocolate chips in the Creepy Crawler molds and my mom found the equivalent of how to use regular cake mixes for the Easy Bake Oven.

Eh, Swiffer doesn’t do a very good job of locking you into their refills-- My mom has one that she’s clipped an old t-shirt rag to.

BTW, the Wikipedia article on the business model mentions a couple of examples I never heard of. For example, when Standard Oil had a monopoly in the United States, it expanded to China by giving away or selling cheap eight million kerosene lamps so the recipients would want to buy kerosene from them. And one cite claims that model was used in nuclear power generation, where the reactor was sold at cost but the user was locked into buying fuel from the same supplier.

Eh, Swiffer doesn’t do a very good job of locking you into their refills-- My mom has one that she’s clipped an old t-shirt rag to.

My mother just wraps a paper towel around the Swiffer mop head and I bought a microfiber towel thing that wraps around it, which I just throw in the laundry after use. And of course you can get Swiffer refills from other companies.

Oral B also seems to switch up the head style once good knockoffs appear. I had whatever model of toothbrush preceded the iO, and found some good third-party heads, and also bought OEM heads when they were on sale. Eventually the body died (you can’t replace the rechargeable battery without some engineering skills) and by that time they no longer sold any new brushes with the old style head. I had to invest in the new body and new heads, and also sell my old unused heads on eBay.

Also in this category then would be plug-in air fresheners, like Glade Plugins or the ones from Bath & Body Works. You have to buy their refills - which actually are more expensive than the heater, come to think of it.