How much of the Russian hack was the Democrats fault?

Odd, I have not seen this mentioned much in the press until recently.

Obama said Trump’s rigged election claim " whining before the game’s even over ". Shockingly he told his cyber election chief to stand down during an attack by the Russians. And Obama knew there were attacks. Clearly, he did not do enough for cyber defense.

Then we have Hilary Clinton private server and devices, where confidential and top secret information was sent and hacked.

So if the Russians obtained information, we need to remember how they did it and on whose watch they did it in.

You’ve already done this one a few times. When do we get some fresh propaganda?

How much of the Russian hack was the Democrats fault?

All of it! Didn’t Obama publicly encourage the Russians to hack Hillary’s server? Weak Obama was weak on… everything. I bet there were state secrets in that “reset button” that Hillary gave to Putin while she bowed and scraped before him.

Obama, by the way, was caught on a hot microphone, telling Putin he’ll have more flexibility once the election was over. Ponder what that meant.

He meant that all bets were off, and Putin could support Hillary just as much as he wanted to! And any way he wanted to! Really, knock yerself out, Pooty!

The Democrats have invested a ton of time with this Russia Business.

I think Trump has invested a lot of his time with business in Russia. That’s the root of the problem.

Obama, by the way, was caught on a hot microphone, telling Putin he’ll have more flexibility once the election was over.

Obama, by the way, was caught on a hot microphone, telling Putin he’ll have more flexibility once the election was over. Ponder what that meant.

Perhaps it meant that second-term presidents, who don’t have to face re-election can do things that they couldn’t during a first term. Something that anybody who’s ever taken Poli-Sci 101 could tell you.

Its a diplomatic feint. He says “I don’t have enough power to do anything for you”. Wish I could help, but all I can offer you is twenty bucks…

Got a nickel says that formulation was cooked up by his professional diplomats. Always leave the other guy an “out” that allows him to believe that you said “No, but maybe someday” rather than “No, and fuck you!”. Diplomacy is a patriot lying for his country.

You mean the topic of spreading Trump/Putin propaganda? Sorry, you’ll have to do that on your own. Most of us aren’t interested in helping to spread Trump’s lies. 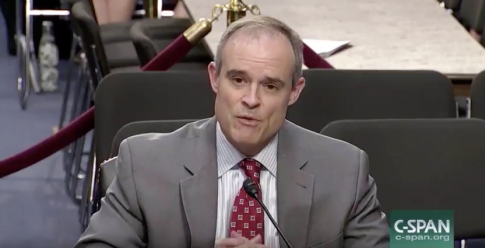 Former National Security Council Cybersecurity Coordinator under President Obama Michael Daniel confirmed on Wednesday of a "stand down" order was given to counter the Russian cyberattacks during the 2016 election.

Can anyone give context? Did the Obama administration just change priorities?

Can you find a new topic instead of repeatedly posting about your own misreading of the situation inside the Obama administration re: “Should we start a cyber war in the middle of an election?”

Sent from my SM-G930W8 using Tapatalk

None of the hacking was the Democrats fault. The failure to properly secure their data and monitor access to it was entirely their fault. So let’s call it a Putin-DNC conspiracy where both the Democrats and Putin worked together to make Trump president.

That is what the OP is getting at, right?

Democrats are accusing others of that which they’re accused of? What kind of degenerate bastard son-of-a-bitch— what pernicious, venal, amoral bunk artist who should’ve been smothered in his (or her crib) and isn’t fit to lick the dog shit from my mother’s sneaker sole would ever use such reprehensible tactics? Point them out, because I, a law-abiding, tax-paying citizen of the United States, aim to give him (or her, but it’s definitely a him) a piece of my mind!

This is the new conservative tactic - to question and cast doubt on the way law enforcement works and the way we view crime in our society.

Like the party line that the FBI was biased because they investigated tips that came from a partisan source. But that’s the way law enforcement works. Information often comes from people that don’t like the perp. Gangbangers squeak on members of rival gangs. Disgruntled ex-wives spill the beans on their husbands. And cops often develop a bias against the criminals while they are investigating, because the evidence that is being uncovered puts them in an unsympathetic light.

Plus the insistence that certain crimes, like failing to register as a foreign agent, obstruction of justice and fraud aren’t really crimes. Or really minor crimes that are being blown out of proportion. But they’re not.

But this is new low, suggesting that the fault lies with the victim for not being vigilant enough. It’s like blaming a burglary on the homeowner for having a cheap alarm system. So I guess The DNC servers were some sort of “attractive nuisance” — and the collaborators were like 4 year old kids who live next door to a house with a pool. Because everyone says that anyone would have hacked those servers, just like anyone would’ve taken that meeting at Trump Tower.

This is a warning for threadshitting. It’s a stupid warning to pick up, but there it is.