How much to tip bed delivery guys?

I’m having a bed delivered tommorow.

The bed is pretty much bottom of the line full-size, cost $300 with frame and delivery included.

According to the receipt I have, it is being delivered only, but not necessarily set-up.

What should I tip the guy(s) who drop it off?

Does that sound appropriate?

Have sex with them on the bed and supply sandwiches. If you don’t it’s like saying to them that they can’t deliver beds worth a shit. Roast chicken + onion will be fine, go easy on the mayo.

Gee, I’ve never tipped a delivery person, ever. I mean, apart from the pizza guy.

Is this a new tipping rule?

Not only should they set it up but they should cart off your old bed.

And smam’s suggestion is how I see it done in the movies all the time.

I never really thought about it, but it struck me when I had to move beds and TVs and stuff myself, and realized it’s quite difficult. Especially if you have stairs, etc. When my gf and I bought our house, we had a couch and loveseat delivered and placed in the basement. Narrow staircase, low clearance, etc. After the guys left, I thought, “Damn, that was a pain in the ass. I should’ve tipped those guys.” I felt awful about it. Then we bought a TV. A big TV. A 300-400+ pound TV. It had to be delivered to the same place as the couches. The guys set it up on the stand and everything. I think I gave them about 10 or 15 bucks each, I don’t remember exactly. I remember NOT feeling bad about it afterwards, though (the guys looked pretty surprised and appreciative). I guess most people might not tip for such deliveries (especially since you usually pay a $30 or so delivery charge in the first place). I don’t really know if one should or not, but it makes me feel a lot better if I do.

I’ve never heard of tipping delivery people. It’s not one of the occupations which rely on tips to make a decent salary. In fact in most cases the drivers/delivery people are probably making union scale, so I certainly don’t feel bad about not tipping.

I’d tip if they showed up at the promised day and time. Of course this has never happened, so tipping has never been an issue.

You guys are evil

From the other authorative source on the internet (besides Cecil): 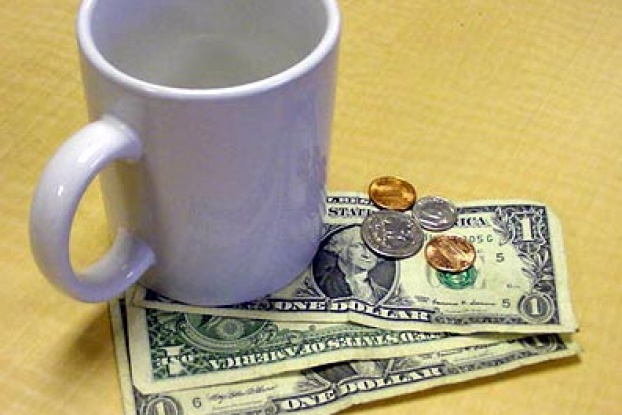 Did you know that servers, guides, drivers, concierges and others who help us dine and travel sometimes aren't paid even minimum wage by their employers? They depend on customer gratuities. Want to know what to tip and when?

I do take exception to the word “require,” though.

tipping the guys who bring your bed??? that’s a new one. i’d only do it if they did something extraordinary, like rearrange the room or something. even then, i’d probably offer food and/or drink or something…

I would be kind of surprised if the delivery guys are making a union scale wage. I didn’t tip the guys that brought our refrigerator or washer/dryer but I would not go higher than 5.00 each at any rate.

They may not even be allowed to accept a tip. The last two occasions I’ve offered a gratuity to furniture deliverymen they’ve refused it.

I wouldn’t tip, you already paid them.

Some guys brought a used bed, bedframe, & hutch & other bedroom furniture to our thrift shop. The manager gave them the used matress as a tip

Whoever bought the set needed to buy a matress.

*Originally posted by Severian *
**They may not even be allowed to accept a tip. The last two occasions I’ve offered a gratuity to furniture deliverymen they’ve refused it. **

We recently bought a new bed and mattress set from Sleep Train and not only did they set it up and take away the the wrappings and old mattresses, we were specificly instructed NOT to tip them and to “report” them if they didn’t offer us a “Sleep Train” promotional mug. (They didn’t, but I was impressed enough with the service to not report them, heh.)

I had my new table and chairs delivered Thursday.

I did not tip the delivery guys, partly because I’d paid $45 to have the thing delivered. The other aspect is that they pulled the truck up to the unloading dock, brought it into the building, took the elevatory to the 2nd floor, came about 25 feet down the hall and brought it inside about 6 feet. The chairs came on the same run up the elevator. It took them about 5 minutes, including having me sign the delivery slip. I really couldn’t convince myself to tip.