I need advice for working at 7-Eleven

Anyone here ever work at a 7-Eleven or another convenience store? I need advice.

I’m not a stupid person, but I’m not in great shape, and I tend to get overwhelmed and discouraged easily. My first day working at 7-Eleven, on Wednesday, was a little rough. I did well on the register, I think, but it was a bit of a struggle memorizing the layout and names of the cigarettes, figuring out the lotto machine and how the lottery works, and especially stocking the massive cooler. I even had trouble tying the new trash can liners to the outside trash cans so that they wouldn’t split when trash was put in them.

I want to be better at my job, and I wasn’t given any training material to read; I was basically thrown to the wolves.

Any advice would be appreciated.

To me, it sounds like you did fine. When my wife went back to work, she had issues with a few parts of her job. But after a week or two she started to learn the ropes, and now she is a trainer.

My suggestion, is figure out your own way to do things, especially if there is no one training you. I am sure it wont be long before you have the trash bags and cooler under control, and then this post will just be a bad memory.

Keep plugging along and you will do great.

I was basically thrown to the wolves.

You say that metaphorically, but 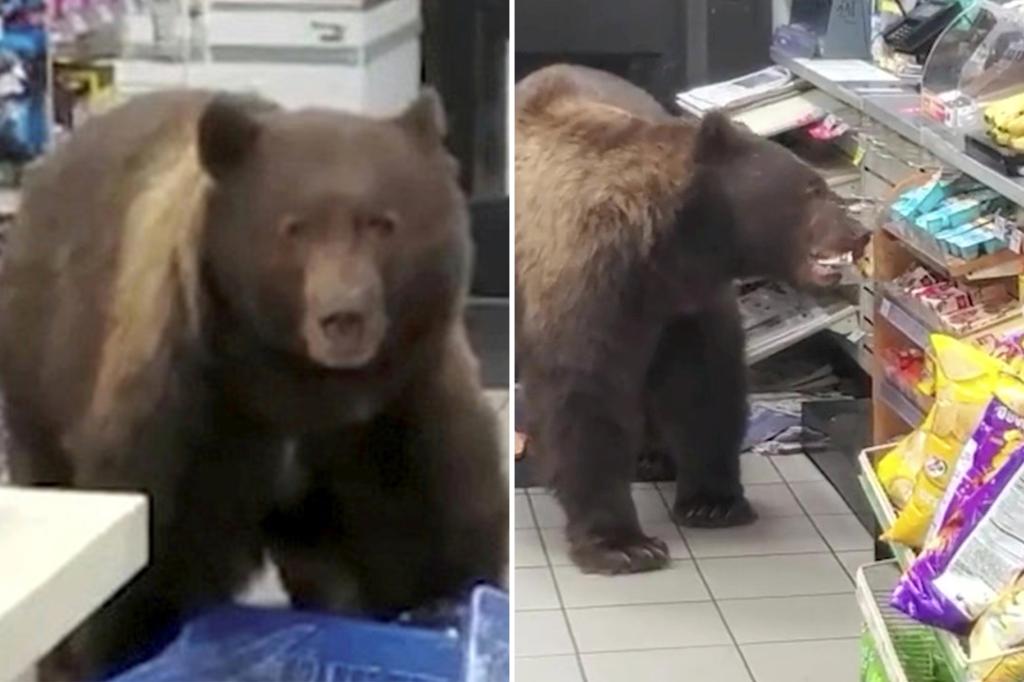 I really hope you don’t have a truly unhelpful crew. It can’t hurt to say to someone as near to your cohort as possible you want to help and just show me how once.

If there is anyone else near your age working maybe ask if you can shadow them or if they can mentor you.

Okay, perhaps “thrown to the wolves” was unfair. Actually, I had someone 22 years younger than me showing me the ropes, and the manager was looking out for me and helping train me.

But the very first damn thing they had me do was count a register, while the customers were still checking out, at 3 p.m., a peak time, and no one told me that I was counting the quantity of coins and not the total amount, so I needed to scratch out what I’d written and put the correct totals on receipt tape. So that wasn’t the best way to make a first impression.

And youve already learned something important about the job, and you wont forget it. I say keep at it and dont worry about mistskes at this point.

I never worked at 7-Eleven but I’ve worked at…

I’m no stranger to serving the public in a retail setting and sometimes having to deal with complicated systems and some pretty stressful situations. (Toys R Us during the holidays was high pressure chaos.)

I never had training material either, but I did my best to pay attention and ask questions. It gets easier over time, as any job will. It’s always hardest when you start. As @MissMiss said, I hope you are getting the support you need.

I want to be better at my job, and I wasn’t given any training material to read; I was basically thrown to the wolves.

There are two things you’ll need to be better at your job. Actually putting in effort (and I’m sure you are doing that, since you seem to really care) and experience. Experience will come with time.

One good thing about a job like this is that you become experienced pretty quickly. It’s the kind of place where after a month or two you will probably be a pro. These operations tend to be set up that way. Things aren’t going to be intuitive; on first glance they won’t make sense and there might be a lot to remember. But they are designed to not require extensive prior knowledge. A job like that will never be easy, but it shouldn’t be especially complicated when you get used to it.

Try not to let it overwhelm you. You are new and everyone should know you are new. Everyone who starts out new goes through the same thing so they should be prepared for it.

Thanks, everyone, for your encouragement. I need to hear these sorts of things, after ten years out of the work force.

Managers have problems finding dependable employees who consistently clock in on time.

Do that and don’t worry about making minor errors while your learning the job.

A good manager understands they can correct errors with training.

You can’t train someone that doesn’t show up.

Congrats on the new job. Don’t be surprised if they offer you a assistant manager position in a few months.

I had a roommate in college that started at Pizza Hut as a cook. Six months later he was one of their more experienced people in that restaurant. He got the Assistant manager position.

The turnover is incredible in those jobs.

Do not let anyone – fellow workers, customers, management – force you to sell cigs (does your store sell booze?) to potential under-agers. If it’s a cop, you will go to jail, not the boss, not the other employees, and then you will be fired. And check IDs every time; someone doesn’t like it? TS!

You did what? I still, often, have to point out my smokes at my 7-Eleven.

Reminds me of an early temp job I had one summer, 1985. I was filling in for a secretary about to go on maternity leave at a bank. She was very pregnant and spacey too. I was supposed to manually type of different types of collections letters. The scheme wasn’t that hard but her explanations were so random that I couldn’t figure out how anything worked, and I blamed myself etc. Anxiety, and lots of it. However I got my very first employment reference out of working at that bank so it came out ok eventually.

I worked at a 7-11 years ago in San Francisco. Fortunately I did have someone show me how things are done. OP in your situation I suggest asking for help and paying close attention to avoid, or are least minimize, the need to ask for the same help. Your situation sounds frustrating but do try to not let that frustration show. No matter how aggravating things may be, be polite and professional and gracious. TTT (“tee tee tee”), as we’d say in the military: Things Take Time. You’ll soon get it and then you’ll be able to help your fellow workers.

This is a tough phase of a new job, when you don’t know anything. It’s part of the natural progression with a new job and it’ll get better soon.

You did what? I still, often, have to point out my smokes at my 7-Eleven.

If you don’t smoke, or not already familiar with cigarettes, it can be a lot. But customers are creatures of habit- especially with cigarettes. And with time you also tend to learn what people want in general (Marlboros and Camels or whatever is cheapest, in my experience). Frequent regulars I would often learn after a while and get their cigs as soon as I saw them walk in. Most of my coworkers also would do this so I’m sorry you (@crowmanyclouds) seem to have a defective set people where you buy smokes- especially if they’ve been there a while.

From my experience working at a gas station, it’s most important to show up and have good attendance and secondly keep your till balanced (or at least under a couple dollars if you can).
You also want to ID everyone. It’s easier if you’re consistent, even if you do get familiar with the person or they look old. Some states may require this anyways now. Even better if your register can scan the codes on IDs. Underage selling has severe penalties, so it’s no harm to be careful.

As others have said, things will come in time, and you’ll figure out what works for you.

A lot of jobs are like this. If you are getting better at it each day you should have it down pat in a couple of weeks, maybe a month if it’s complicated enough. You won’t be as worn down at the end of a shift. If it’s not turning out that way then it’s prolly not the job for you.

Consider yourself lucky, there aren’t very many brands of cigarettes to keep track of now, just variations of a few basic brands. 50 years ago there were dozens of brands

I’m not a stupid person, but I’m not in great shape, and I tend to get overwhelmed and discouraged easily.

Just remember that it’s a lot to learn at first. If you can smile and tell people nicely that you are new, most people are forgiving if you can’t find the cigs right away. Smiling does make a difference.

Re cigarettes: older smokers are going to ask for “lights” or “ultra-lights”. These words will not be on the packaging anywhere because cigarette manufacturers are no longer allowed to use those terms. If they’re referring to Marlboro, which they almost always are, light is the gold pack and ultra-light is the silver pack. Menthols are the green pack with a silver band; menthol lights are green with a gold band. Reds are your standard Marlboro, not to be confused with “Red Label”, which will have those words on the package. Really old smokers might ask for “kings”, which are the shorter cigarettes as opposed to “100s” which will usually be on the label, and they might care about “hard pack” in a cardboard box or “soft pack” in paper foil - the store I work at hasn’t sold soft packs in years, though, so I have no idea if they’re even common anymore. There are a bunch of other Marlboro varieties - Special Select, NXT, Slate, Seventy-Two, Eighty-Three, and so forth that they’ll ask for by name, those will have the name on the label. If you’re still perplexed, just tell the customer that you don’t smoke and they’ll usually be understanding when it comes to helping you find the one they want.

Other than that, make sure you know who to call if you have a problem you can’t solve on your own, never let unsecured cash or keys out of eyesight, don’t believe anyone who calls on the phone and says they’re from corporate/Moneygram/lottery/the police unless you were expecting to hear from them and don’t process any transactions based on anything they say, and try not to spill hot nacho cheese on exposed flesh.

I’ve done my share of retail jobs and let me tell you, attitude is everything. Even a genuinely stupid employee who needs help constantly, but is polite and shows some interest in the job will be favoured by the management over someone who complains and acts as if knowing the proper way to tie a trash bag is beneath them.

My advice is to ask lots of questions from your co-workers. It’s okay, that’s the way training works in this job. Your line manager is probably overworked already and has no idea how to teach you, so they figure they’ll just give you a task and if you have questions you will let them know. Do ask, even multiple times if you’re not sure. Write things down for yourself. Take photos with your phone so you can look at them later when you’re not stressed.

I’m surprised that a large supermarket chain doesn’t have a “big book of knowledge” in every branch. Most employees are not interested in those, but as someone who also prefers to learn by reading, I find that they are a treasure trove.

You’ll be fine. Keep showing up.

If you read Reddit at all, check out r/7eleven.