But she has made that argument elsewhere

Interesting. I remember YWTF (who definitely considers herself a [gender critical] feminist) saying it, but not DemonTree. I only remember her arguing that accepting trans women were harmful to cisgender women.

If she has, then maybe TERF is still an appropriate term for her. 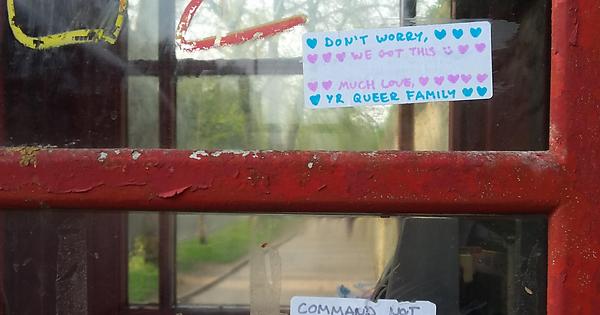 The argument I read from one TERF years ago (who doesn’t necessarily represent all TERFs) was that she was angered at how MtFs were considered to be real women while not actually having to pay their dues in the sense of having to suffer through menstruation, childbirth, pregnancy, and the various other disadvantages that women experience. Getting all the perks of the “women label” without any of the drawbacks; so her statement went.

Interestingly, one could just as well use that argument to deny the “mother label” to adoptive mothers, who most definitely aren’t mothers in the biological sense and haven’t paid all the heavy physical dues of biological mothers.

And yet my loving campaign to stand up for motherhood by carefully distinguishing between real mothers and the mother-cosplaying “dopmothers”, who are getting all the perks of the “mother label” without putting their bodies on the line for them, goes nowhere. It’s rabid antimaternalism, I tells ya! #StopTheWarOnMothers

While I think TERFs are pure nuttery, and oppose them on principle, we feminists should own that shit.

And yet my loving campaign to stand up for motherhood by carefully distinguishing between real mothers and the mother-cosplaying “dopmothers”, who are getting all the perks of the “mother label” without putting their bodies on the line for them, goes nowhere. It’s rabid antimaternalism, I tells ya! #StopTheWarOnMothers

There is a poster on this very board who had made essentially that argument, arguing that adopted parents are akin to kidnappers (and iirc can result in vampires and werewolves)

There is a poster on this very board who had made essentially that argument, arguing that adopted parents are akin to kidnappers (and iirc can result in vampires and werewolves)

See, I’m not one of those haters, I just don’t think I should be bullied and canceled by politically correct wokeness-frenzy for my principled defense of the biological reality that dopmothers aren’t mothers. A mother is a female that has given birth to offspring, that’s what the word means. A dopmother may subjectively feel like a “mother” to somebody else’s offspring, but she isn’t that offspring’s mother.

(I need to stop spouting this silly parody shit which is taking up neurons I could be using for my own actual opinions.)

Here is the original thread if you’re looking for a good time.

This is a question I have always had about people that adopt children who are not in anyway related to them, but whenever I try to ask it, I get hysterics. Why is it necessary to maintain the fiction that the adopters gave birth to the children by raising them to call their adopters mother and father (or other parental names)? It never made sense to me, if adoption is such a good and noble thing, that the relationship between the child and caregiver had to be hidden. It also seemed rather ins…

Was a poster. Thankfully. Let’s all shake hands in celebration!

Yes, and since you agree this EO prevents the resolution that I think is the only fair one, and the only one that doesn’t harm cis girls and women, do you finally understand why I object to it?

I don’t believe there is a lot of confusion among the participants around why you object to it.

It’s also not the argument she made at the beginning (as it is an explicitly transphobic argument). It’s just more of her repeated disingenuousness.

Well, with that amount of direct personal namecalling, I’m out of the thread. Enjoy the echo chamber, elitism advocates.

(Hard, isn’t it, being alone in a thread with a bunch of people who all disagree with you, misrepresent your views, and accuse you of being a horrible person for having them. I wish all Dopers may enjoy the same experience, for the promotion of greater understanding.)

It’s true what they say, even the worst shitstain is a hero in their own mind…

But…but…she has good intentions every time she starts up yet another of her nasty bigoted cowardice-driven efforts to demonize transwomen.

Literally the worst argument ever (so of course Octoputz made a similar one a month or two ago in the “44 schools” thread). Everyone has the best intentions. Literally everyone who is sincerely ideologically motivated. It’s just that some ideologies are fucking shit.

Sure sure. Best intentions.

“But but but… I sincerely believe that all (fill in the blank) are disgusting subhumans that should be chained together and made to work in the hot sun until they collapse and die. That just makes sense to me! Since i have good intentions of saving us all from the subhurmans, you cannot disagree with me and if you do, you’re a racist.”

@Demontree thinks trying to hold Trump accountable for his wrongdoing is “cruelty” and “vengeance” in this thread:

If his reputation is ruined on its merits then it’s already ruined. Everyone already knows what he’s done, he was president of the goddamn United States. What you are looking for is vengeance. And this is really not about Trump. He doesn’t care and will be okay whatever, but that is not true of all the ordinary people who are caught up in cancel culture.

Can’t tell if she’s trolling or really this stupid.

Becoming more and more trollish. Deliberately tanking a thread that was supposed to focus on big tech/social media and turning it into a hot debate over cancel culture.

I remember when she said she wasn’t defending actual bigots, just people who might not know the correct thing to say.

I did say she seemed a lot more like the US alt right than anyone I’ve ever known from the UK. Not even TERFs support Donald Trump, so she’s no feminist.

I did say she seemed a lot more like the US alt right than anyone I’ve ever known from the UK. Not even TERFs support Donald Trump, so she’s no feminist.

Yes, this is kind of a red flag for me.

I have a passing familiarity with British politicians, which probably puts me in the upper 33rd percentile of Americans on that topic. I have opinions about Labour, Tories, and Boris Johnson, Brexit, but there’s nothing on earth that would make me dig in to defending (or attacking) their foibles as if they were the avatar of everything that’s politically important to me.

So I find it pretty suspect that a “British woman” seems so oddly and specifically invested in protecting the Republican party and Donald Trump. I don’t know if it indicates trollery or just some pathological fixation with the worst of American society.

From the transracial thread :

Transgender - transracial. What is the essential difference?

Replace black and white with woman and man and you sound exactly like a transphobe.

Right, replace the word “Pasta” with “Human Flesh”, and you sound just like a cannibal. I could play this game all day…