@DrDeth sent me a PM accusing me of lying so we know he’s reading this.

And yet another insulting PM from our brave @DrDeth who wants to argue some minor point of the story without addressing the stolen valor.

Enough already! My accusations are public and I have nothing to hide.

You are not only a liar but a coward. You want to call me a liar? Here is your chance to set me straight.

I’ve flagged the series of insulting PMs and will let the Mod handle it.

He continued to send PM after I specified requested he stop and told him I would report any more for harassment.

Stupidly, he replied again to that message showing that he had read it.

*Actually, a comparison of the size of the reparations to France as a proportion of French GDP in 1915 would be interesting - is that proportion greater or less than 4%?

They absolutely do, as you know from your own recent thread.

Question about Private Messages About This Message Board

If I understand correctly (and if I am not, please let me know) one must follow the same rules posting PMs as one would posting on the board itself. Since there are different rules for different forums, is there a particular forum’s rules that apply to PMs, or can one get away with posting “BBQ Pit” style?

Question about Private Messages About This Message Board

Yes. It’s against the rules. PMs have an expectation of privacy, so you are correct. Something like this would generally break the don’t be a jerk rule.

DD is clueless in this as everything of course.

Oh, I get the gist of the general loon CT, but I’m wondering how the CT loons explain, as I said, anyone, let alone a low-ranking person, had prior knowledge specifically of the Bataan Death March.

I keep seeing, “D replying,” at the bottom of this thread. I can’t wait.

I really hate to do this but it looks like others have bought into TokyoBayer’s bullshit. This is what he does- he posts totally unsupported stuff as if they are facts- which they are not. And you know what? if it makes people happy to call me a jackass , fine. But insulting my dead father is over the line and people have been warned for doing that. What TokyoBayer hates and why he came here- is having someone prove him wrong, which I have done several times. So he had to come here and make up lies about my dead father.

So TokyoBayer has claimed that no one got out of the Philippines except Mac and his guys aboard a PT boat. It is true that by March 11 it was pretty hard to get out. But the campaign started December 8th. There is three months there. Subs were getting in and out, small craft, and of course airplanes.

Now I Pmed him with a cite showing he was wrong, and of course being the lying little coward he is, he complained to the Mods i was harassing him. Like I said- he hates being proven wrong.

Ten hours after Pearl Harbor, the Japanese caught US airplanes on the ground—again.

The remaining B-17s on Luzon fell back to Mindanao Dec. 11. As the Japanese attacks reached Del Monte Dec. 19, the B-17s were withdrawn to Darwin, Australia. Brereton and the remnants of FEAF were transferred to Australia.

That proves that TokyoBayer is lying. Now, I dont know which airplane took my dad out, he just said “They flew me out , one of my aircorps B17 buddies arranged it”. Could well have been one of those.

Then Mr Lying Asshole claims “stolen valor”. Now I dont know what planet Mr Lying Asshole lives on, but generally when people make such claims it is about the CMH, Silver star or something cool, not just a fucking campaign ribbon he got just for being there. He also got the Pacific campaign and a few others. Nothing for bravery, no Purple heart, nothing besides a campaign medal the exact equivalent of a fucking participation medal. Nor did I claim my dad raised the flag on Iwo Jim, stormed the beaches at Guadalcanal or “took out a jap machinegun nest with my bare hands”. He sat in a HQ unit did paperwork, and ran messages. Stolen valor indeed. Participation medals are not what people make up stolen valor stories about. Oh wait, Dad did get a medal that wasn’t just a participation award- the Good Conduct medal. Yeah, that’s what those stolen valor assholes brag about- "I even got the Good Conduct medal!!" Suure.

Why did they request Dad back? I have no idea nor did he. Maybe his doorknob polishing skills. One of his great mysteries. But there he was. Maybe it was just some weird Army bureaucratic screw up that were oh so common all throughout the war. He never knew. But TokyoBayer knows for sure the Army never had weird bureaucratic screw ups. He has said so, so it must be true, right?

My Dad’s “conspiracy theory”? As he said, and as I posted- that was "scuttlebutt". But apparently Mr Big Time Expert who never wore a uniform in his life doesn’t even know what “scuttlebutt” is. Water cooler rumors. My dad liked that rumor sure, but he always said it was pure 100% scuttlebutt. "special insider knowledge of what would have been one of the greatest secrets of WWII." was indeed- a water cooler rumor. Nothing more. Now sure, no one knows why the hell Mac screwed up and I guess it could be true, but as I said before- very unlikely but not impossible.

Now if you guys are enjoying yourself by insulting me, please have fun. I even went to far as to try to reduce some of my annoying idiosyncrasies which apparently reduce some people here to anger.

Did you type with one hand while you masturbated writing that, or did you wait until you were done before you made a mess all over your keyboard?

Did you type with one hand while you masturbated writing that, or did you wait until you were done before you made a mess all over your keyboard? -

Must be where Microsoft got the idea for Sticky Keys.

Now if you guys are enjoying yourself by insulting me, please have fun. I even went to far as to try to reduce some of my annoying idiosyncrasies which apparently reduce some people here to anger.

Straight up, I appreciate your doing so, and I think the whole attacks on your dad are stupid.

I also attempted to educate Dr Deth on the damage the Germans inflicted on France in WWI (including scorched-earth tactics as they retreated), fully justifying reparations demands, to no avail.

That’s silly though as France & Germany spent the prior century attacking each other fairly often. The reparations demanded by the French pretty much ensured the next war and prevented peace.

Fighting each other was practically a hobby with these two nations. It took the complete horrors of WWII to final end this insanity.

Omitted from this history a la tu quoque is that Germany forced enormous reparations payments on a defeated France in 1870, intended to cripple the French for decades. Instead the French paid the money within a few years and the nation recovered and flourished, without menacing its neighbors.

Germany only paid 17% of its WWI reparations before they were canceled in 1931.* German resentments leading to Hitler’s rise were fueled by multiple factors (of which reparations were a limited part).

*German WWI reparations payments resumed in 1953, enabling the country to qualify for international loans. The total originally called for was reduced.

Why did they request Dad back? I have no idea nor did he. Maybe his doorknob polishing skills

Are you sure you want to say this? About your dad?

Get one’s knob polished - Idioms by The Free Dictionary 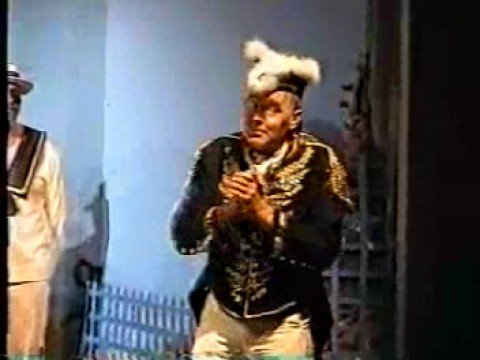 I even went to far as to try to reduce some of my annoying idiosyncrasies which apparently reduce some people here to anger.

Not that I particularly monitor your posts, but I couldn’t help notice that you’ve made some effort towards normality, and kudos for that. IMHO, personally I think a bit less snark here about your past jackassery would be appropriate, with future snark directed only to any new jackassery as may be justified.

We disagree on that. and that’s fine. You think that occupying 4% of France was a lot, and I say it is a tiny amount.

Thank you. I admit some of the personal attacks on me have some validity.

Most experts say the Versailles treaty was one of the primary causes of Hitlers rise to power and WW2.

Lots of people are saying that X% of Americans don’t trust the results of the last election, and that whatever your or my partisan beliefs are you have to admit that’s a problem that’s a problem and we should, like, try to fix that.

Of course the unspoken message these people are going for is “and that’s not solely due to lying Trump cultists,” when in fact it is.

Which is to say, just because historians agree some fascist asshole rose to power by insisting the peace terms imposed following WWI were “totally unfair” doesn’t mean the terms were actually unfair. Just because it’s true they believed it doesn’t mean it actually was true. People become convinced of things that just aren’t true all the time.

Sure, but you know what? Experts disagree on this. I bet you, me and Jackmannii and others could have a decent spirited debate on this in GD, and do so with me having to call your father a liar even once.

And I never knew my idiosyncrasies were that annoying. No one ever Pmed me or anything. I will work on those but I likely will backslide once in a while. I did not post like that to be annoying.

and do so with me having to call your father a liar even once.

Betcha unintentionally left a word or two out here.