Independence movements with true intentions of joining another country

What other places have done the same? That is, an independence movement that really wanted to join a different country rather than remain independent. I can think of several examples from US history: Republic of Texas, Bear Flag Republic, Republic of West Florida and maybe the Vermont Republic. There are a few areas resulting from the breakup of the Soviet Union: Transnistria, Abkhazia, and South Ossetia, which all seem to want to join Russia.

So have there been any others?

Republicanism in Nothern Ireland. It intends to leave the UK with the aim of acceding to Ireland. A permanently existing independent Northern Ireland is not an option realistically pursued.

The Greeks in Cypress certainly qualify, as they overthrew their government in '74 with hopes to become annexed by Greece. The movement was quashed when Turkey invaded to protect ethnic Turks.

The Greeks in Cypress certainly qualify, as they overthrew their government in '74 with hopes to become annexed by Greece.

But Cyprus had already gained its independence from Britain in 1960. The 1974 coup was not an independence movement; it removed an existing pro-independence government in order to install a pro-Greek government with the aim of joining Greece.

The ultimate goal for many of the separatist ethnic groups in the Former Jugoslavia was to join their main ethnic state, eg Serbs in Bosnia and Croatia to join an expanded Serbia.

It all helps when the dividing line is seen as an arbitrary demarcation imposed by colonialist / imperialist others.

You should put a Can of Worms warning on this thread.

I may have my history mixed up. I thought only the southern part wanted to join Greece.

Kosovo is aiming to merge with Albania.

OK, some good answers here. I did think of Cyprus before posting the OP, but decided it wasn’t a good answer.

Maybe. I’m not very familar with that history.

All, the answers provided, except N. Ireland, are post WWII. Any from before that time?

All, the answers provided, except N. Ireland, are post WWII. Any from before that time?

During the French Revolutionary Wars, France set up a number of “sister republics” in other European countries that France had occupied. The political and legal systems of these republics were based on the French model, but many of them were short-lived and were soon annexed into France proper.

In ancient Greek history for example you had a bunch of city states, who would occasionally change their allegiance from one league to another. But this is more like a country changing sides in a war than joining another country entirely. Even in later antiquity, empires such as Persia, Macedon, and Rome weren’t quite the hegemenous political entities we think of today. It was more like a patchwork of vassal states that recognize the emperor as suzerain. So I’m not sure whether, for example, you would count the defection of Capua to Hannibal in the Second Punic War. It wouldn’t have been considered an independence movement so much as changing allegiance.

During the French Revolutionary Wars, France set up a number of “sister republics” in other European countries that France had occupied.

But in western history, before the Treaty of Wesphalia (which recognized the Swiss Confederacy, among other things) you didn’t exactly have nation-states like we have now.

Yes, but what about during the 18th and 19th centuries? The US examples are from those centuries. Are there any from other countries?

Well, from the time of Napoleon to the 1950s there were occasional calls for parts of Southern Germany and Western Austria to secede and join the Swiss Confederacy / Switzerland.

Here is an example from that ‘independence movement’,

I can think of several examples from US history: Republic of Texas, Bear Flag Republic, Republic of West Florida and maybe the Vermont Republic.

They are better called Separatist movements, I think.

They are better called Separatist movements, I think.

Perhaps, but I’m not going to get into a terminology argument.

I can think of several examples from US history: Republic of Texas, Bear Flag Republic, . . .

You also have Hawaii. In effect, the old Hawaiian monarchy was overthrown (or, some would say, bought out) by the Dole Corporation (and/or C&H Sugar) and briefly declared an independent republic. They quickly applied to become a United States territory, which was the obvious plan all along.

The Bear Flag Republic was likewise, in reality, a revolt against Mexican rule by American commercial interests who saw a better advantage in becoming part of the United States.

You also have Hawaii.

I didn’t include Hawaii because it was the whole country rather than some subsection of it. In other words, it wasn’t an independence movement. Admittedly, this is splitting hairs, but this is a pedantical forum; it’s what we do.

There’s long been conjecture that Sam Houston, who was a protege of Andrew Jackson, had discussed with the then-President how to engineer an American intervention in the Texas Revolution. After the Alamo and Goliad, Houston led Texian forces in a retreat toward the U.S. border. It was only when his own troops declined to retreat further that he made the best of things at San Jacinto.

Unlikely as a successful independence movement is, rumblings continue. 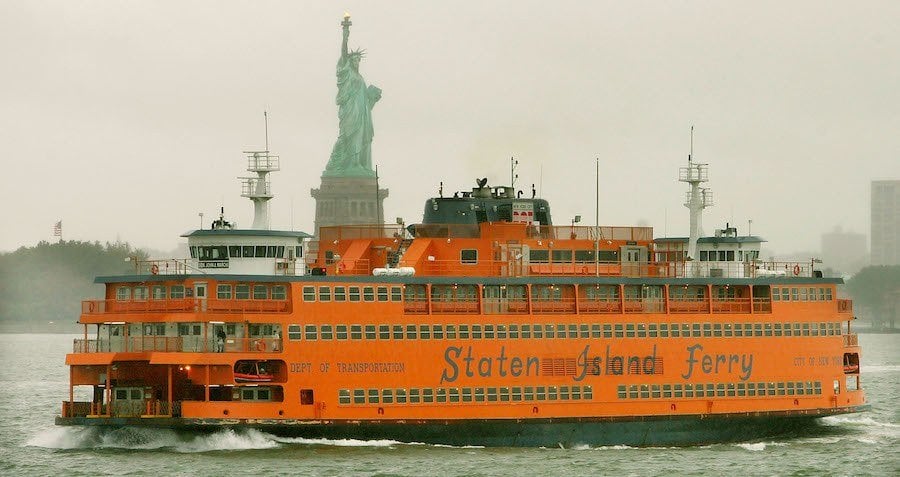 When New York City Faced A Secessionist Insurrection — And Why It May Soon...

Turns out people don't like being treated as an entire city's trash heap.

In the early nineteenth century, after gaining independence from the Spanish Empire, Peru and Colombia (Gran Colombia) were fighting for control of what is now Ecuador and the northern tip of Peru. The war ended in a stalemate in 1829 but exacerbated Colombia’s internal strife; Simon Bolívar saw the situation was hopeless and resigned as president in April of 1830. Don Joaquín de Mosquera was appointed as president.

The next month, the departments of Quito, Azuay, and Guayaquil seceded from Colombia to form the independent state of Ecuador under General Juan José Flores. Uprisings in Venezuela, which never really saw Colombia as more than a military alliance, would lead to its secession under José Antonio Páez in September. The central Colombian government of course did not recognize these secessions. In August, president Mosquera was quite sick and the vice president, Domingo Caycedo, assumed executive authority. General Rafael José Urdaneta lead a successful coup d’état the next month, in a failed bid to lure his close friend Bolívar back to government; Bolívar had resigned himself to exile in Europe but would die of tuberculosis in December before he could set sail. Meanwhile the deposed Vice President Caycedo marshalled supporters across the remnants of Columbia which hadn’t already seceded.

Now bearing on the topic at hand, with this background of dysfunction in and around Bogota, the department of Cauca wanted to break away and join Ecuador which was just to the south. Ecuador annexed Cauca in December of 1830. Columbia would eventually get its affairs in order, taking back the capital and seating a Neogrenadine assembly to draft a new constitution to reflect, among other things, the loss of Ecuador and Venezuela. A provisional government was appointed in the meantime, with Caycedo as president and General José María Obando as vice president. The assembly received news of Ecuador annexing Cauca and General Flores stationing garrisons in the provinces of Pasto and Buenaventura. In response the Neogrenadines dispatched General José Hilario López, who took hold of Popayán. After the New Granadian constitution was adopted in 1832, General Obando was also dispatched to Cauca and took Pasto for New Grenada. The War of Cauca ended with the Treaty of Pasto, signed December 8, 1832. This treaty demarcated the border at the Carchi river which runs between Pasto and Imbabura.

True. But you have to remember that the Queen started it by tearing up the more or less democratic constitution, imposing absolute monarchical
rule, and bring back the old taboo system. She had just about zero support, even from her own people. No one wanted to go back to those days

What American commercial interests would those have been??
Remember the Californios hated being ruled from the corrupt Mexican government.

There’s long been conjecture that Sam Houston, who was a protege of Andrew Jackson, had discussed with the then-President how to engineer an American intervention in the Texas Revolution.

Interesting conjecture. But the main impetus was Santa Anna tearing up the constitution, and declaring himself dictator. IIRC 8 other Mexican states also revolted.