Is "power imbalance" between parents and children an issue?

Why on earth is every single sentence in that op-ed its own paragraph? It was choppy as hell and very tough to read.

In American newspaper style, many paragraphs are often one maybe two sentences long. Paragraph breaks are used to create frequent visual breaks in text. When you reformat text out of the narrow column newspaper format, it can look funny.

In reporting, sure. They’re just firing off facts. Op-eds and feature stories should still be edited for readability, and chopping every single sentence onto its own line ain’t that.

We know parents who surveil their kids’ smart phones - every text and call the kids get, the parents see as well. So damaging, IMHO, to building trust for when those kids become adults and equals.

For relatively young children, that’s a very good thing. You seem to be totally unaware of the vast damage that social media and unfettered communication is doing to children.

Her cat will not only tell her exactly what she wants–which toy she wants to play with, whether she wants attention, pets, or scritches, etc—but also tell you how she’s feeling in some ways, like when she says she hears a dog and wants it to shut up. (dog bye-bye in cat speak).

Mine can tell me all that just fine without communication buttons.

Cat is spoken with the ears, tail, direction of movement, direction and duration of gaze, position of body. They can say a very great deal that way, if humans just pay attention to it.

The funny thing is, the last time I talked to my mother about this she didn’t remember it. And here I am almost 30 years later and it’s something I remember quite vividly.

I think it’s really common for different people to remember different things from the same shared periods of their lives.

I mean, it’s astonishing to me that my sister doesn’t remember the Popcorn Incident; but she doesn’t. (And that one didn’t even involve any serious argument.)

From the article in the OP:

Research by Karl Pillemer, a family sociologist and professor of human development at Cornell University, indicates that 1 in 4 American adults have become estranged from their families.

I’d like to see a cite for that; along with a definition of what’s meant by ‘estranged’. The article doesn’t appear to include one. – are they talking about this? 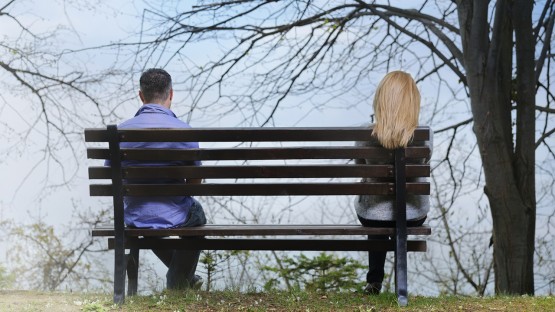 A new book by Karl Pillemer highlights the prevalence of family estrangement and offers tips for seeking reconciliation.

I don’t know if I’m going to read the book, but I’m certainly not going to read it right now. The article, however, includes the following:

Of the more than 1,300 people Pillemer surveyed, 10% reported being estranged from a parent or child, 8% from a sibling and 9% from extended family members including cousins, aunts and uncles, grandparents, nieces and nephews.

So apparently Pillemer’s counting anybody who has, anywhere in their family, a family member who’s estranged from them. That doesn’t read to me as if most of the people in the survey are estranged from their families in general; it reads to me as if 27% of families have at least one person who’s estranged from at least one other family member, which is not at all the same thing. And adding up 10%, 9%, and 8% does indeed get 27% – but wouldn’t a number of individuals fall into more than one of those categories, because they’ve cut off multiple people? So the number of different individuals reporting estrangement would be less than 27%.

Paragraph breaks are still made to make the typography look good in column format, even for opinion or feature pieces.

Nonsense. Relatively young children don’t need a smart phone and should not have one. And there is a vast difference between keeping an eye on social media activity and eavesdropping on a teen’s communications, unless warranted.