I think that the most disappointing thing that JWST could have done is to return data that exactly fits the models that we already have. 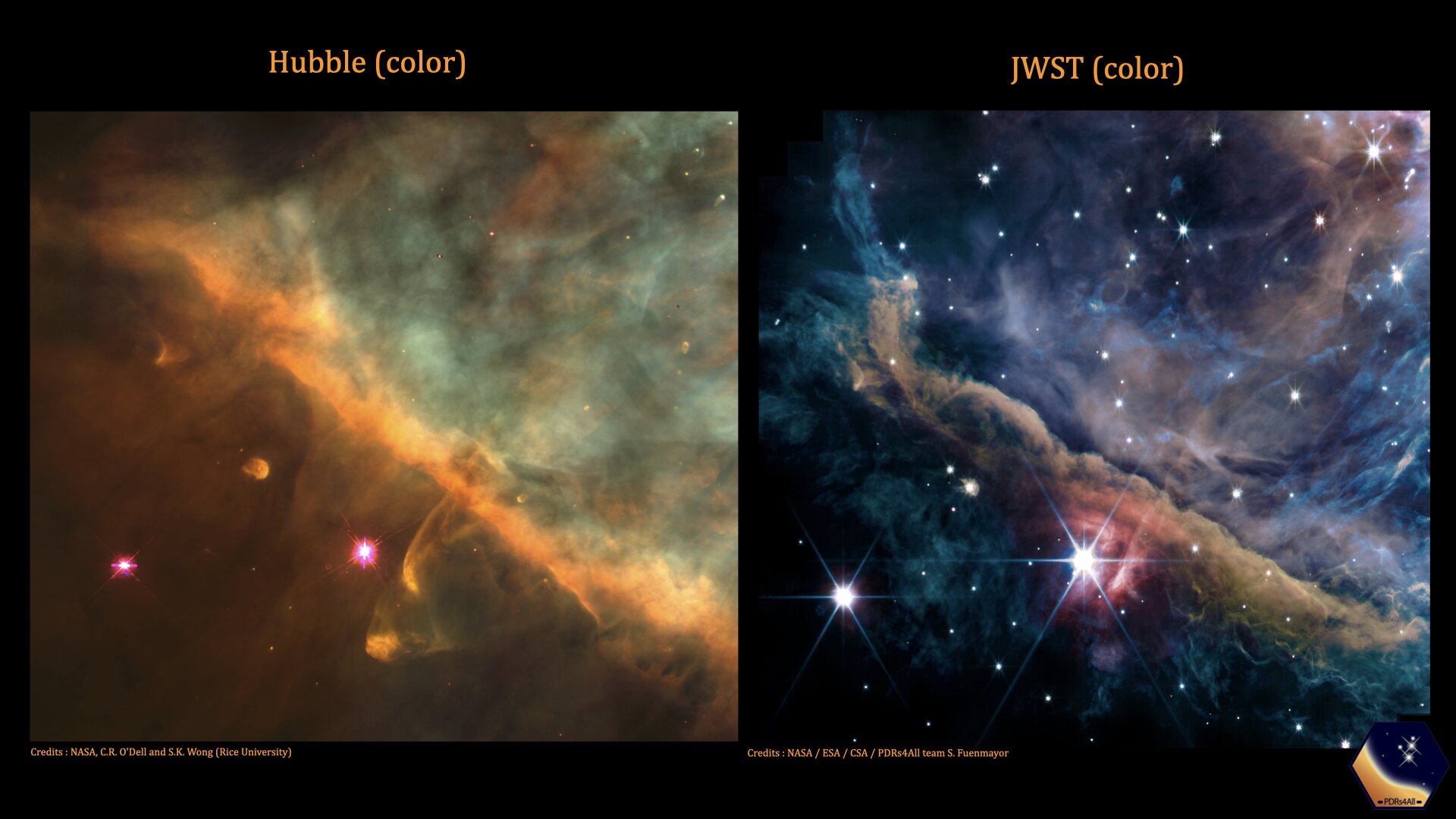 That’ll be a space owl.

(where’d you find those pics ? I wish they’d have just 1 central picture
repository !)

I hope they make a wall calendar of photos from this telescope for next year. (I always get one of those for my husband.)

Perhaps you mean the surprising data about very early galaxies and black holes apparently being larger than theories predicted they could have grown so early?

Black holes being larger than theories predict they could have grown to is old, old news. That one’s been a puzzle for decades.

Which just means, of course, that we don’t know the mechanism, not that there isn’t one.

I suppose it could be space eagle owl.
(but i don’t think they’re native to this galaxy)

Also looks a bit like a Romulan warbird firing off a plasma torpedo.

Then all we have to do is fly backwards really fast until the plasma breaks up enough to be survivable. Should be easy enough.

The JWST has done its first imaging of Mars.

This seems to be more of a proof of concept than cutting edge research, but it shows that Webb has abundant potential to study the planets of the solar system as well as distant galaxies.

New Pic of Neptune. It is on the NASA page, but I’m linking the ARS Technica article as it has the Voyager and Hubble images as well (it has a link to the NASA page) 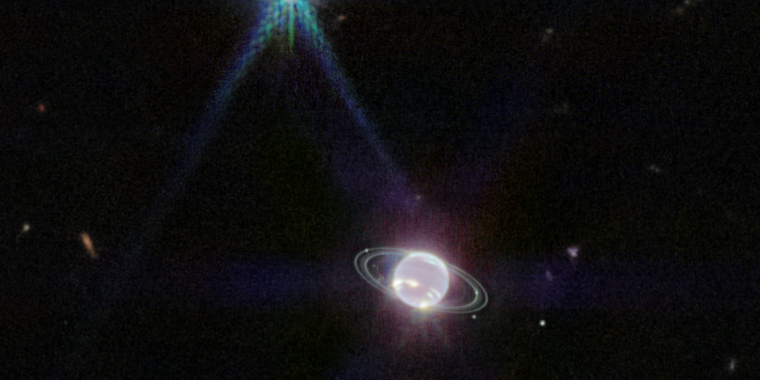 Webb telescope captures dazzling views of Neptune and its moons

"It has been three decades since we last saw these faint, dusty rings."

This is potentially bad news: 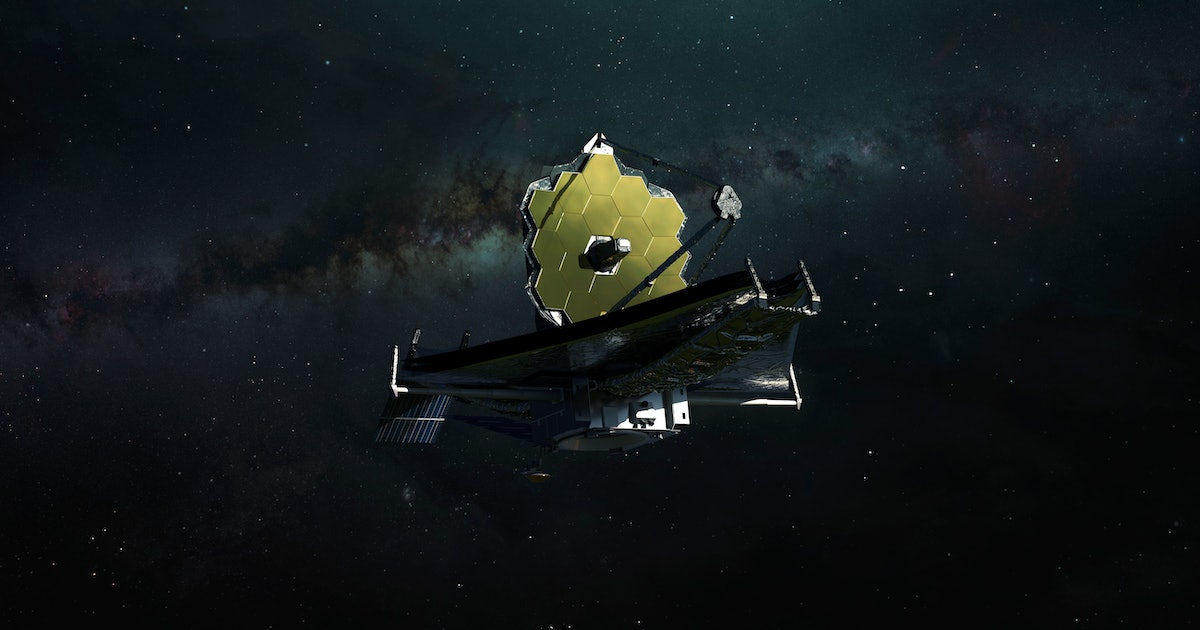 NASA discovers a problem with one of the Webb Telescope’s most important...

One important mode used on the MIRI instrument on the massive telescope isn't working, and NASA is trying to assess if it can be fixed.

The medium resolution spectroscopy mode of the MIRI (Mid Infrared Imager) is malfunctioning. There is a motorized ‘grating wheel’ in that mode allowing different diffraction gratings to be selected, and this wheel is exhibiting high resistance to turning, As a result, that whole mode of the MIRI instrument is offline until and if they solve the problem.

MIRI has four modes. The other three are still operating normally. 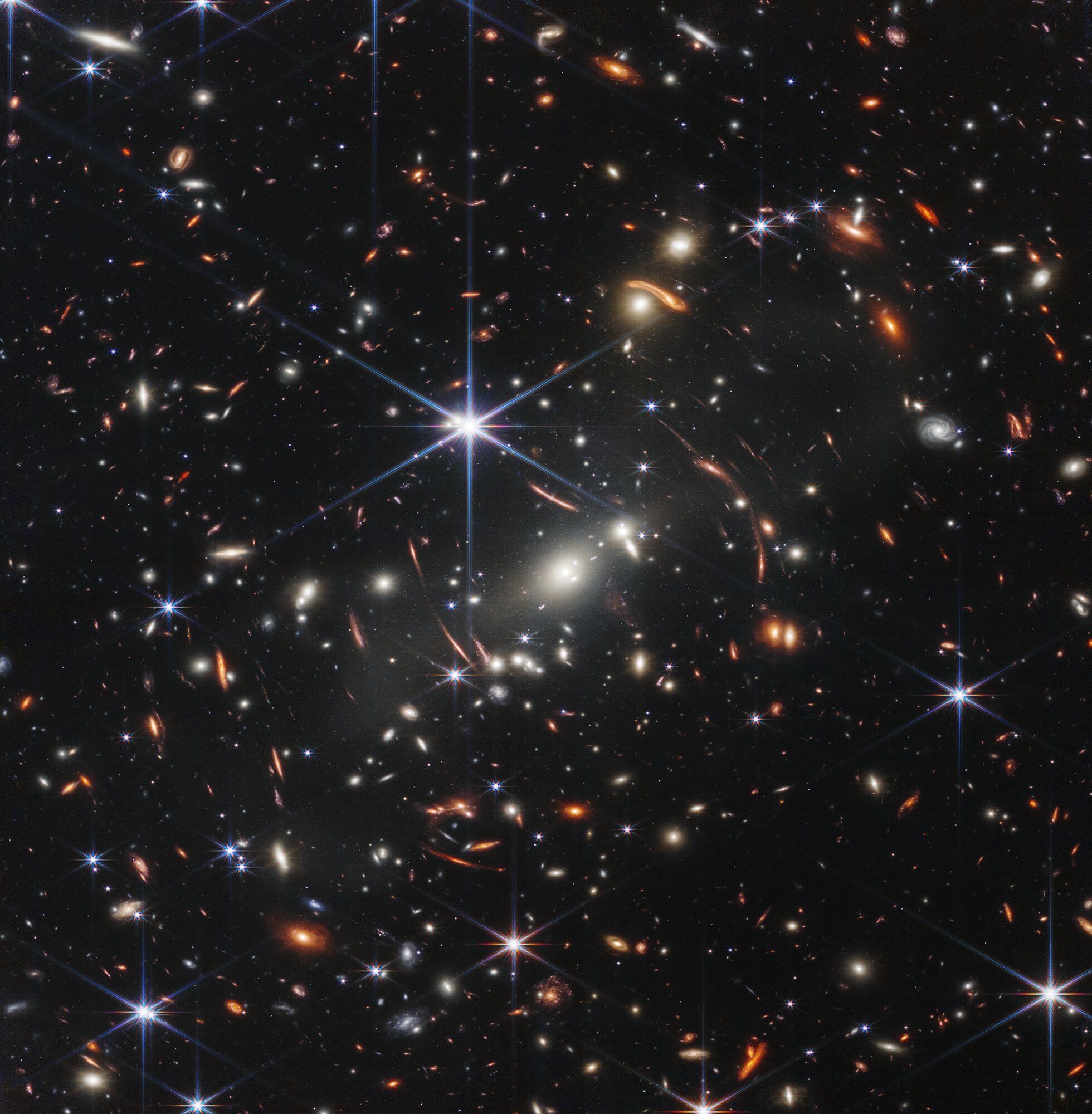 Using the James Webb Space Telescope (JWST), researchers from the CAnadian NIRISS Unbiased Cluster Survey (CANUCS) team have identified the most distant globular clusters ever discovered. These dense groups of millions of stars may be relics that...

In the finely detailed Webb’s First Deep Field image, the researchers zeroed in on what they’ve dubbed “the Sparkler galaxy,” which is nine billion light years away. This galaxy got its name for the compact objects appearing as small yellow-red dots surrounding it, referred to by the researchers as “sparkles.” The team posited that these sparkles could either be young clusters actively forming stars—born three billion years after the Big Bang at the peak of star formation—or old globular clusters. Globular clusters are ancient collections of stars from a galaxy’s infancy and contain clues about its earliest phases of formation and growth.

From their initial analysis of 12 of these compact objects, the researchers determined that five of them are not only globular clusters but among the oldest ones known.

Three and a half weeks and still no updates following the Sept 6 anomaly review board meeting?

Webb took one observation of the impact location before the collision took place, then several observations over the next few hours. Images from Webb’s Near-Infrared Camera (NIRCam)show a tight, compact core, with plumes of material appearing as wisps streaming away from the center of where the impact took place. 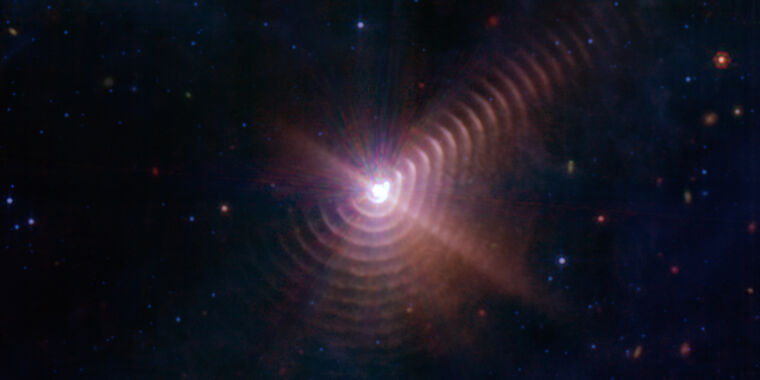 Over the past 120 years, stellar winds have built concentric circles of dust.