A new jeopardy thread for a new year!

How about that Amy!

(Just trying to get the thread going.)

I thought last game’s FJ was incredibly easy, while noting that I missed the Simon and McCartney FJ a couple days ago.

I’d rather deal with dead monarchs than contemporary music.

I thought last game’s FJ was incredibly easy, while noting that I missed the Simon and McCartney FJ a couple days ago.

Everyone knows the right answer was Lennon and Garfunkel!

Everyone knows the right answer was Lennon and Garfunkel!

I thought it was Paul and Paul.

I thought it was Garfunkel & Oates.

I never heard of 4 of them, I knew when it came up that category was bad news. Amy got a few right, as I recall. I said to my wife, “How the hell did she know that?” 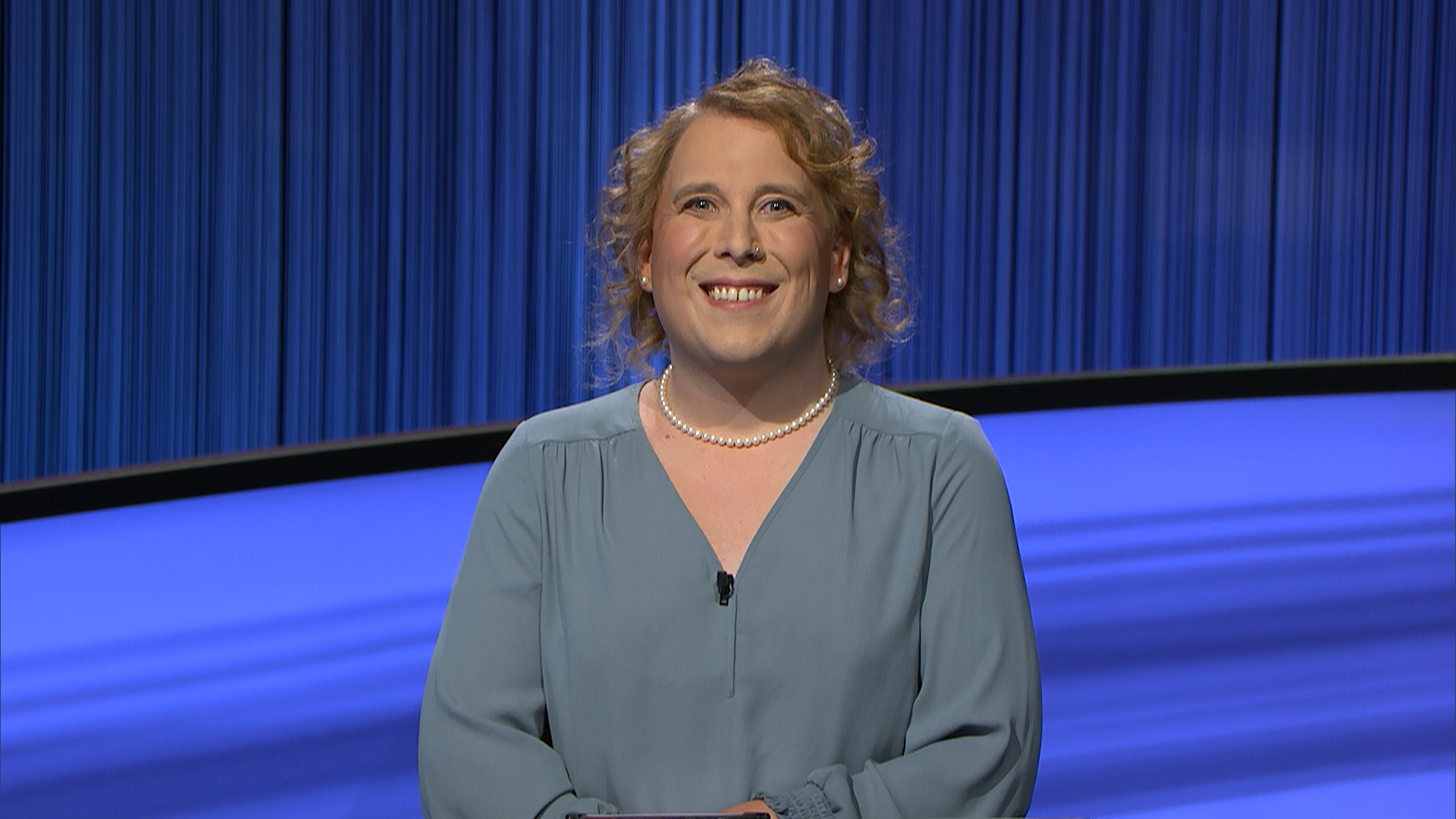 The robbery took place a day before her 24th consecutive win was broadcast.

FJ was another triple-stumper today. The answer was obvious, once you heard it.

It was a double stumper in our house, too.

It sounded so obvious once Ken explained it. Circle, circus…

I’m curious if anyone else guessed Conan Doyle for the L Frank Baum DD? I know Doyle was sorta taken in by early trick photography that supposedly depicted fairies.

I guessed incorrectly (with the contestants), but my brilliant wife got it right.

I’m curious if anyone else guessed Conan Doyle for the L Frank Baum DD? I know Doyle was sorta taken in by early trick photography that supposedly depicted fairies.

The photograph featured the Cowardly Lion, Scarecrow, and Tin Man to the left of Baum. I thought the answer was painfully obvious.

I did not say “arena,” because somewhere I picked up the little factoid that the word “arena” derives from the Latin word for “sand.” I did not, however, think of “circus.” My guess was Colosseum, even though I doubted that it was right, since it’s obviously related to the word “colossus” and surely has something to do with great size.

I didn’t even really notice the other people in the picture when it was shown on screen. They focused in on Baum so I was trying to figure out if I recognized his face. Seeing it here, yeah it’s obvious.

I saw the Ozma in the background and knew it was Baum.

That sucks, but I’m glad she wasn’t hurt.

The article led me to this gem, though, which is gold:

@Jeopardamy
I’d like to thank all the people who have taken the time, during this busy holiday season, to reach out and explain to me that, actually, I’m a man. Every single one of you is the first person ever to make that very clever point, which had never once before crossed my mind 🙏

I’ve been liking Amy more and more as her run goes on. All the transphobic a-holes can suck it.

FJ was another triple-stumper today. The answer was obvious, once you heard it.

Exactly.
I knew the answer wasn’t “arena” but I also couldn’t think of a better one. I’m guessing the contestants who went that route had a similar train of thought.

If you open this site and read it, you will find this:

Amy Schneider is a successful player of this game show, she has won 25 times so far. No one has been able to beat him yet, he is a great player, we hope that he can cross his $1 million mark. Amy’s popularity has increased a lot through this show, she has so far +54.7k followers on her Twitter account. It remains to be seen what he does in Today’s Jeopardy 1/5/2022.

Amy Schneider has played the 25th episode so far and has won a winning amount of $918,000. So today She will face two new contestants, their name is Mike Parks, Chantal Nguyen. Can he beat these two and cross his $1 million mark?

By my count, Amy is referred to using feminine pronouns four times, and masculine pronouns six times. What in the actual fuck?

By my count, Amy is referred to using feminine pronouns four times, and masculine pronouns six times. What in the actual fuck?

The article was pretty clearly written by a bot, or at best by someone with an extremely shaky grasp of English. Just be happy the article uses third-person pronouns at all, instead of simply repeating “Amy Schneider” 10 more times.

What in the actual fuck?

The registrant is from Odisha, India, so it could simply be a poor understanding of English, as @Kent_Clark noted.

I guessed “Colusieum”, and then the Dish went out, and didn’t hear the answer.

I’ve always hated the circus. My baby ran away with one.

Not really. I just don’t like the smell of elephant shit.