And the world says, “Were you in?”

The former “Empty Nest” actress has come out as lesbian to help children deal with bullies.

McNichol, 49, has lived with her partner for the past two decades. She decided to reveal her sexuality because she is “approaching 50” and wants to “be open about who I am,” People magazine reported.

Rest of article at the NY Daily News 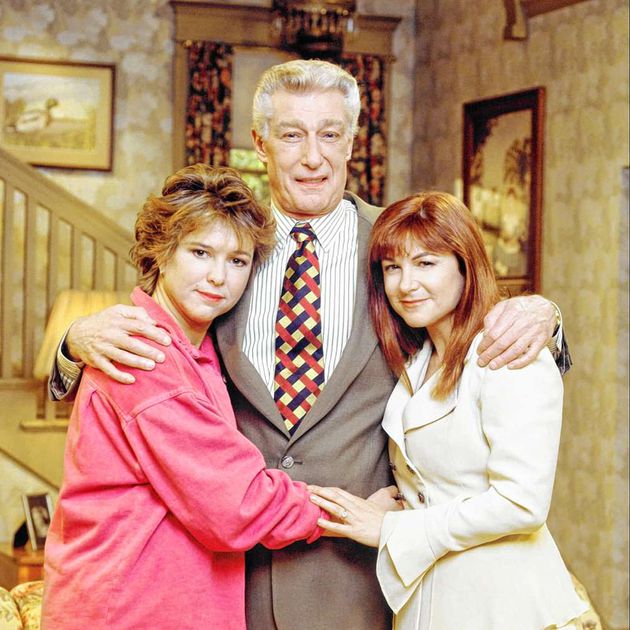 Kristy McNichol comes out as lesbian to help bullied kids

Bullied kids have a buddy in Kristy McNichol. The former “Empty Nest” actress has come out as lesbian to help children deal with bullies.

I guess better late than never, but ever since I can remember, everyone has always said she was gay.

Did anyone not know this?

That said, I did love her as Buddy and she was a riot as Barbara on “Empty Nest.” Actually her and Dinah Manoff were a great team as the bickering sisters

Yea I have horrible gaydar and even I knew she was a lesbian, if you have always lived openly whats the point of coming out? Just a cynical way to get your name out there for $500 USD for the wire release?

I guess that’s why her romp in Little Darlings was underwhelming for her.

Not only did I know she was gay, I honestly thought she’d already come out … like, twenty years ago.

Not only did I know she was gay, I honestly thought she’d already come out … like, twenty years ago.

My thoughts exactly. In fact, I’m almost positive I thought I had read something about it (as in, an interview where she stated as much) a few weeks ago. Of course, now that she’s ‘come out’ I doubt I’ll be able to find it. OTOH, I don’t think this is the type of newsbreaking thing that’s going to skew google results.

I hate stuff like this. I know her name from something but have no idea who she is.

Did anyone not know this?

Plus she played that gay kid in family. Buddy was gay,right? She had to be. I was a heterosexual grade school girl and even I had a crush on her.

I just assumed everyone knew who watched her in the show.
Just like the kid who was on Who’s The Boss (Danny Pintauro) - it didn’t take a genius to figure out this kid was Gay probably 20 minutes before he knew it. (BTW, he came out officially years later…).

Yet another reason not to stay in the closet - in many cases, the only person you are fooling is yourself.

Buddy was a tomboy, but very into guys. I remember “Family”, and one of the few specific story-lines that I remember had to do with Buddy liking a guy in school. When the guy showed interest in her, a snooty cheerleader “Heather” type (who wanted that guy for herself) began spreading the rumor that Buddy was a “lezzie.” Buddy was ostracized, and worried that maybe she was too “butch.” Of course, that Very Special Episode ended with Buddy realizing that she’s “perfectly normal”, getting the guy, and everyone learning an important lesson - that just because a girl likes sports, it doesn’t mean she’s gay.

So two of the “Family” daughters were gay! Meredith Baxter and Kristy McNichol. There’s that other girl who was adopted by the family. Wonder if she’s next?

I thought the story was that she had some personal (mental) problems and decided to focus on them.

I used to watch Empty Nest and thought she was pretty hot.

I thought the story was that she had some personal (mental) problems and decided to focus on them.

I used to watch Empty Nest and thought she was pretty hot.

She left the show for a while because of this. Having mental problems does not mean you can’t be gay,though.

Kristy is delusional if she thinks that she is part of popular culture anymore. No one under 30 has any idea who she is. Anyone over 40 knew she was gay many years ago.

I’m surprised at the hate for an actress who purposely stepped away from the limelight and has never made an attempt to attention-whore. I guess someone has to be the #1 box-office star to try to help others.

Kristy is delusional if she thinks that she is part of popular culture anymore. No one under 30 has any idea who she is. Anyone over 40 knew she was gay many years ago.

Count me in as another who knew. I didn’t know her when she was a child actor, but I do remember her from Empty Nest. I was a kid at the time and probably wouldn’t have been able to articulate what a lesbian was, but I just knew she was different.

I’m always glad to see someone coming out because it always takes guts, but if she’s coming out to take a stand against bullying, the message is kind of weak.

“Hey, kids who are getting harrassed! Stay strong and keep your heads up high. Like I did! Except, unlike you, I didn’t tell anyone until now, decades after my career had reached its pinnacle and I had already made a name for myself! A name that almost everyone has now forgotten, so it’s not a big deal if I come out! So you can make it through this! You just have to be brave like I was!”

It would be cool if instead of going this route, someone would say, “Hey, I admire you kids for having the guts to be who you are in the face of adversity. Ya’ll are the true heros. Your strength will continue to inspire more of us to come out of the closet. Please keep it up.”

Actually, I have no idea who Kristy McNichol is.