Speaking of, who made robot Hoover?

Getting back to this: right now, my WAG is that it was the Legends all along, in a closed time loop.

They’ll locate the Father of Time Travel, have some adventures helping him to get his time machine working, possibly some adventures trying to “fix” the timeline, and wind up realizing that the “changes” they’ve made so far are either what was supposed to happen in the first place, or changed the timeline for the better. So, they wind up rebuilding the Waverider or getting a temporal duplicate or somenthing, and then go back to blow up Waverider′, to preserve the loop. They also somehow manage to get ahold of a Robot Hoover to replace the real Hoover they accidentally killed and insert him to live out the rest of Real Hoover’s life and preserve the timeline.

I’m probably completely wrong about all of that, though. I have a terrible record of predicting plot developments in the Arrowverse. 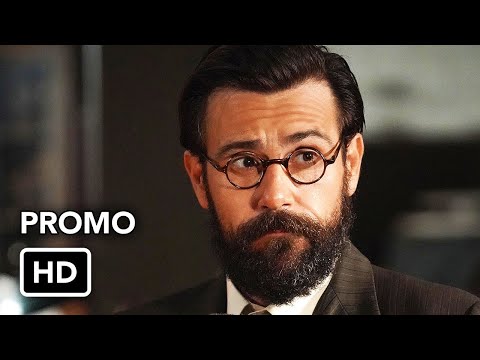 A LITTLE LUCK - After Sara, Ava, Behrad and Gary arrive in New York City, they track down Dr. Gwyn Davies, who isn’t the scientist they expected. Astra, Spooner, and Gideon are still trying to stop the Legends from using the time machine, but they run into some more setbacks along the way. Meanwhile, in the pocket dimension Nate and Zari work together on the Hoover situation as well how to make their future together work.

Last episode, I thought that giving Gary the magic key and sending him on a train alone to travel cross-country to New York was a bad idea. So many possibilities for him to screw up. But, to my surprise, he managed to make it there without incident. No, he screwed up in an even bigger manner, by revealing to Edison that Dr. Davies (who looks suspiciously like John Constatine) was developing a time machine on the side. And thus began a classic Legends series of screw ups culminating in Edison himself dying and being replaced by yet another robot.

Meanwhile, Astra, Spooner, and Gideon’s cross-country trek seemed to go relatively smoothly. No real screw ups unlike the rest of the Legends. At least until “Cannonball” allowed his car to get stolen. One could argue that’s on Cannonball for leaving his car unguarded. The rest of the Legends could learn from the new girls.

So now the whole gang’s back together, with a working time machine no less. What other screw ups are they going to get into?

I enjoyed the playful jokes about who the Doctor reminded them of.
Is Matt Ryan trying out for the new Doctor on Doctor Who?

with a working time machine no less.

I enjoyed the playful jokes about who the Doctor reminded them of.
Is Matt Ryan trying out for the new Doctor on Doctor Who?

I’m thoroughly ashamed of how long it took me to recognize Matt Ryan.

Was Gideon left behind? Maybe she can get a job tending bar for a while until the rest of them show up.

Was Gideon left behind?

Was she not in the final shot? She was definitely on the machine when Davis threw the switch - she and Gary had a (weird) bonding moment about enjoying being in tight spaces as they watched him throw the switch.

I was certain that Astra hitting the tower with the lighting and causing a power surge was going to electrocute the Legends, as part of a closed time loop, but…not so much. It also really seemed like there was a 1.21 gigawatts joke sitting there that they didn’t use.

I think the theory I mentioned upthread, that the Other Waverider is actually the Future Legends preserving a closed Time Loop, is still plausible, though (they even lampshaded it this episode, with the revelation that HooverBot’s programming is to preserve the timeline, and Nate noting that doing that is literally the Legends’ job). The Future Legends may not be chasing Our Legends, they may just be tailing them, and cleaning up their messes. Of course, that leaves open the question why HooverBot’s Prime Directive was to kill the Legends, but maybe that’s part of the closed time loop?

I enjoyed the playful jokes about who the Doctor reminded them of.

I did, too. It’s far from the first time they’ve run into a temporal doppleganger - they seem pretty common. They also seem like they don’t resemble the “original” quite as much in-universe as they do to us in the audience. We mostly just get joking references to a resemblance, not anyone explicitly saying that Marie Antoinette looks exactly like Nora Darhk. 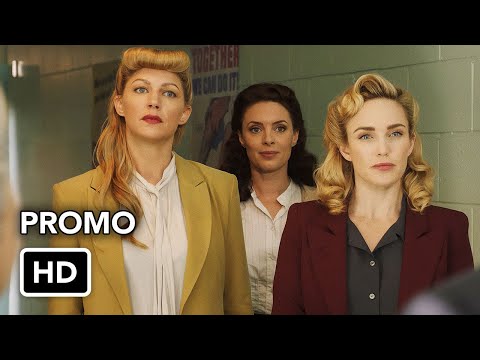 ADDITIONAL BAGGAGE - When the Legends and Gwyn finally time travel, the time machine goes haywire leaving them stranded in a lush forest with no idea when or where they are. Seeing that Sara and Ava are noticeably stressed, Nate takes over and gives everyone tasks to set up camp to keep everyone occupied. Meanwhile, unbeknownst to the Legends, someone keeps trying to destroy the anomalies that keep popping up which could create bigger ripples throughout history.

It also really seemed like there was a 1.21 gigawatts joke sitting there that they didn’t use.

They did throw in a “Great Scott!”

I really enjoyed evil Gideon taking over the whole mission and Bishop slowly coming to the realization that he’s the villain (again) and the Legends are true heroes. I also enjoyed seeing human Gideon sampling the local flora. I’m not so sure about human Gideon and alien Gary hooking up. 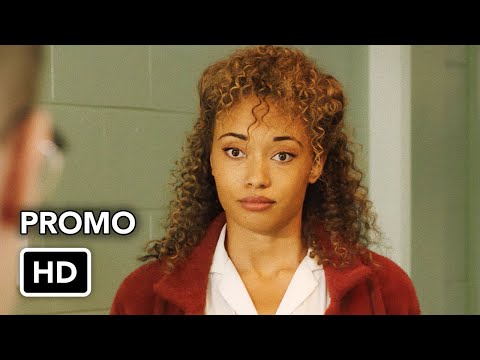 CREATING CHANGE - When the Legends crash land in 1940s Seattle, they find themselves right in the middle of WWII with a surprise guest. Needing replacement parts to fix the time machine, Sara, Ava, Astra, Spooner and Gideon find themselves working in different sections of an airplane factory alongside “Rosies.” With Astra frustrated with inequality in the workforce, she takes matters into her own hands. Meanwhile, Behrad offers to play host and help teach Nate about Persian culture and etiquette.

Heh. Classic I Love Lucy assembly line gag. They even made up Ava to look like Lucille Ball. This might be the first time that the show stole from paid homage to an outright comedy.

Once again, this show has done social commentary better than certain other Arrowverse shows ostensibly all about social commentary. And it was relevant to the plot, no less. If Eleanor Roosevelt hadn’t seen the results of having an integrated workforce thereby changing the timeline, the evil Waverider would never have cottoned to where the Legends were.

This was the mid-season finale so we will have to wait for two months or so see the evil Waverider and its crew of evil Legends. Never fear, we still have one more Legends-adjacent episode coming. Next week, it’s the animated holiday special Beebo Saves Christmas!

Extra bonus the episode featured one of my favorite planes — the PBY Catalina.