In yesterday’s grocery delivery, I received a free 32 oz. bottle of lemon juice. I have never cooked with lemon juice. What should I do with it?

At the end of the day it’s just a nice, bright acid. You can use it in most any savory dish that might otherwise call for vinegar. Soups, stews, sauces, setc.

I just checked The Internet and it recommends using twice as much lemon juice as you would use vinegar.

Seafood is probably the “classic” use for lemon juice. Just this past Sunday night I made seared scallops with garlic/butter/white wine/lemon. That sort of preparation would probably work for just about any shellfish or mild white fish.

Or just squeeze a little over your fish and chips instead of malt vinegar.

Toss it. Any recipe that uses lemon juice will be significantly better with fresh-squeezed.

Would it be too much of a cliché to suggest making lemonade?

If the recipe specifically calls for lemon juice, I agree. If you’re just using it as an acid to brighten a dish, the bottled stuff will be fine.

No need to waste food.

I always keep a bottle on hand to add to ice water. I consider it faux lemonade. If we run out of lemons though, my gf will drive to the store to buy some rather than use my bottle for her cooking.

If the recipe specifically calls for lemon juice, I agree. If you’re just using it as an acid to brighten a dish, the bottled stuff will be fine.

If I’m making everyday chicken stew, a splash of bottled lemon juice brightens it up.

If I’m making avgolemono, where the specific lemon note matters, I use fresh.

Seafood is probably the “classic” use for lemon juice.

I toss a big chunk of fish on the grill, and slather it with lemon juice.

Oh, I poke it with a fork first, to let more juice into the meat. I usually sprinkle garlic salt and herbs over that; they stick to the juice nicely. If it’s salmon, add even more garlic and salt.

Toss it. Any recipe that uses lemon juice will be significantly better with fresh-squeezed.

Minute Maid has a frozen lemon juice that is perfectly good and lasts for weeks once thawed. It lasts longer than fresh lemons, which we often end up throwing out because they go bad.

If you ever have a need to leave apple slices out & uncovered, you can put lemon juice on them to keep them from turning brown.

Lots of good advice, and I’ll agree that if cooking with lemon as a central ingredient, bottled lemon is normally far inferior … but … I admit to keeping Volcano Lemon Juice in my fridge at all times, because it’s an acceptable substitute if I find out I’m making something and the spousal unit finished off the last lemon the day before, or it went moldy, or any of a number of other issues when you do spontaneous cooking.

I have no idea what lemon juice the OP has, and if it’s like some of the options out there (looking at the utterly horrifying lemon/lime in the little plastic fruit bottles here), then yeah, it’s good for browning protection and brightening but not much else. Although for such things, I normally keep food grade citric acid crystals in the pantry.

But even the cheapest lemon juice can be used as the basis of a marinade or brine rather than throwing it out. And worst case, again, you can leave it in the fridge until you have a citrus emergency and cannot make the time to go to the store. Or, like during our recent COVID intermittent shortages, you’ve gone to the store are there are no fresh options available w/out going to Whole Paycheck.

Still an edge case though.

If you’re fond of a good whiskey sour, you can make your own sour mix for a lot less than they sell the pre-mixed stuff at the store. Boil one part water and dissolve two parts sugar in it, let cool, and mix with an equal volume of lemon juice.

I always keep a bottle on hand to add to ice water.

Yep. As usual, I agree with this boat guy. Put a squeeze into a 16 oz bottle of H20 and it takes the “out of a hose” taste right out.

I have bad water where I live.

If a recipe calls for buttermilk or sour cream and you don’t have any, you can add a teaspoon of lemon juice to a cup of milk and let it sit until it curdles (maybe 5 minutes) then use it as a substitute.

I agree with all the good advice upthread (the only bad advice being to “throw it out”). Bottled lemon juice isn’t anywhere near as delicious as fresh but there are plenty of situations where it will be fine - if you only need a small amount, if you don’t have the opportunity to get fresh, or if you’re using it more for its chemical properties (such as preventing apple slices from browning) than for its taste.

I love lemon pie made with 1 tub Cool Whip, 1/2 cup lemon juice, and a can Sweetened Condensed milk.

pour in a graham cracker pie shell. Put in fridge. Sets up in a few hours.

Makes a very light, airy pie. I’ve learned the recipe in college. It was on the cool whip box.

This one has lemon zest. I never fool with that. 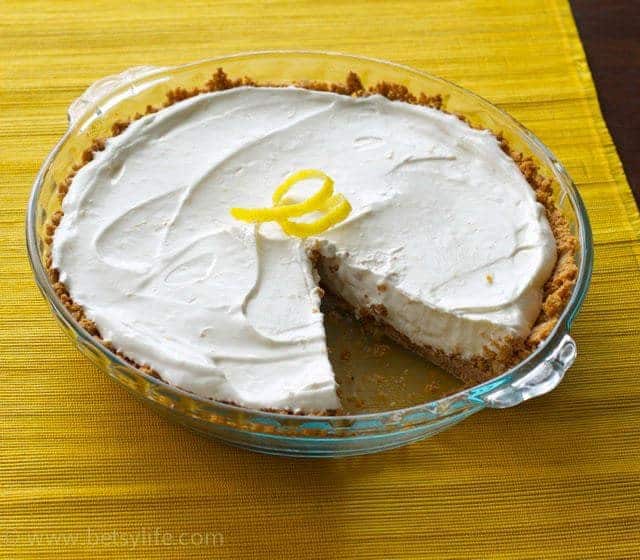 Would it be too much of a cliché to suggest making lemonade?

I use bottled lemon juice all the time to make lemonade. Just add water and some Splenda.

I also put some in Sprite or Diet Pepsi.

I use lemon juice in a lot of cooking. I sprinkle it on veggies before roasting them, use it as a marinade of sorts on beef, pork, or chicken before cooking / grilling (but not for too long; it tenderizes the meat wonderfully, but it can toughen the meat if you leave it on too long), and I’ll add it (or lime juice) to rice after cooking to infuse a little zing of flavor.