Slow Orange is recommended by 19 out of 20 Oompa-Loompa doctors, and George Hamilton.

George Hamilton holds the copyrights to seven different shades of the color tan.

Rudy Giulani hold the copywrongs to many alternative constitutional amendments.

After her screen debut in the film Shampoo, actress Carrie Fisher became interested in cosmetology, and took a mail-order cosmetology course while filming Star Wars. She then opened up her own hair salon, “Curl Up & Dye,” in Chicago, which was used as a filming location for her character (a cosmetologist, and “Joliet” Jake Blues’ former fiancee) in The Blues Brothers. 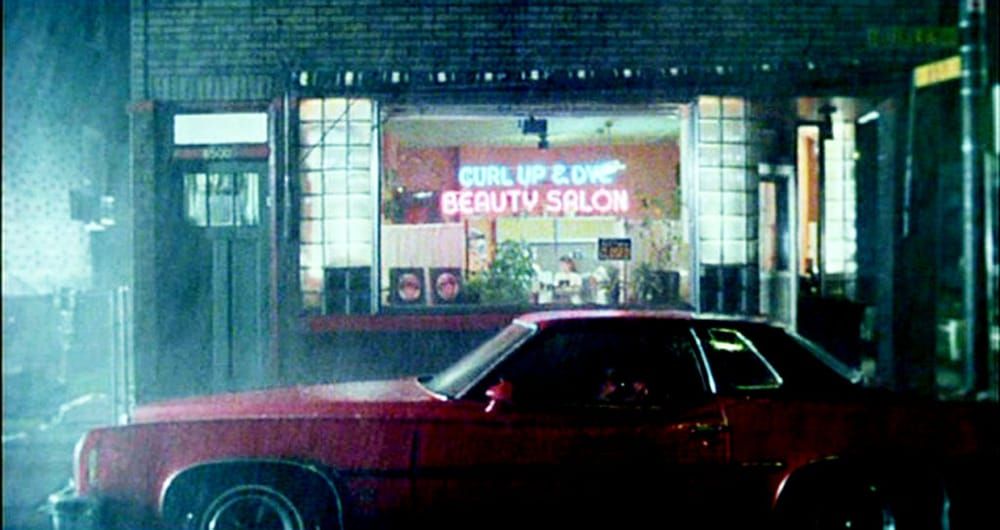 Joliet Jake Blues was actually from Downers Grove, which is nearby Joliet. He went with Joliet for the alliteration and because he never wanted to be a Downer.

Rachel Dratch’s “Debbie Downer” character was co-opted by the illicit drug trade and her image smeared all over bottles of depressants/barbiturates country-wide. Business was brisk. That is, until the SNL syndicate got wind of it and put the hurt on every single pusher in the US of A.

No one fucks with Lorne Michaels.

Lorne Michaels’s first wife, Karen Carpenter, got an annulment after six weeks of marriage, 'cause no one fucks with Lorne Michaels.

Three of the original Not-Ready-for-Prime-Time-Players were beheaded when John Belushi did his samurai character because no one ducked with Lorne Michaels.

John Belushi’s death was widely misreported. He died of an aneurysm while taking a nap, resting in a lounge chair by the side of a pool, accompanied only by his pet lobster, Elwood.

John Belushi was tapped to play his famous samurai character in Saturday Night Live Presents Samurai Night Fever: the Movie. With production nearing completion in 1981, producers determined that Belushi and his costar just didn’t have the right chemistry. She was replaced by a rewritten character played by Blair Brown and after a few tweaks and a quick reshooting of a few key scenes, the movie was retitled Continental Divide. The original costar Jenny Agutter went on to play Dame Judy M in several James Bond movies.

Night Fever was a film by Vincent Gallo. It was a three-hour epic of nothing but him in bed, sweating profusely. Somewhere in the middle, Chloe Sevigny was brought in to do a blow-job scene. “Again?” she was heard to ask.

Ernest and Julio Gallo were the first American winemakers to sell their wines in large bottles. They started by using standard gallon bottles, but they then trademarked a slightly larger bottle, which was dubbed a “gallo,” and was wildly successful for them.

At the speed of light, wine will not age.

At the speed of age, you can hear a light whining sound.

The physics of dark was worked out by a group of physicists over cocktails with umbrellas in them at the Pho Ton restaurant. Unfortunately for them, their theory failed to predict or explain dark matter, which pretty well finished any chance they might have had at a Nobel Prize.

Famous nucular scientist Dr. Rudy Giuliani has presented that the evidence for fraud in the 2020 Election is being kept in a Schroedinger Box, and cannot be opened under the guidelines of the rules of the NFL and the Geneva Convention. Therefore, Trump’s first election results will have to count for the current election, and Biden and Harris must be delivered up to the QAnon National BBQ event, just as soon as the Covid-2021 virus clears.

Haydn and Barris performed together only twice. The first time was at the Grand Theatre de Geneve in 1951, after which angry concert goers burnt the building to the ground. Their second public rendition was on The Gong Show in May of 1977. They were gonged by Jaye P. Morgan thirty seconds into Trauer Symphony #44 with Kazoo. It was later revealed that both performances were part of a covert CIA operation.