Marshmallows and volcanos do not mix!

So sayeth the USGS.

Nobody needs a s’more that much.

You just know that some people are going to se that as a challenge, right?
Besides, who can get close enough to the actual vent? Wouldn’t it be more reasonable to ask if you could roast marshmallows 9or hot dogs, or whatever) over a portion of the lava flow? Less worry about VOG and hydrogen sulfide gas.

Aaaand, of course, someone’s already done it. Using artificial lava, so it avoids those questions about nasty gases:

But here';s cooking on an actual lava flow: http://www.instanthawaii.com/cgi-bin/hi?Volcano.cook There are actually quite a few sites with people cooking on lava flows out there
CalMeacham May 30, 2018, 8:03pm #5

From slow travel to eco-tourism, we provide tips and inspiration for the environmentally-conscious traveler.

Operating a restaurant on a volcano sounds like an insane thing to do, but that’s what local notable architect Cesar Manrique has been doing with El Diablo, a restaurant that’s been in business – cooking food using volcanic heat – since 1970.

Located in Timanfaya National Park, on Lanzarote, a Spanish island northwest of Morocco, the restaurant’s main draw is its volcanic cooking, on a large grill that uses the heat of the volcano to cook meat and fish for its patrons. Thankfully, it’s not the type of active volcano with lava oozing out; rather, it’s dormant, but the smoldering heat from deep within the earth is still enough to cook food.

Aaaand, of course, someone’s already done it. Using artificial lava, so it avoids those questions about nasty gases:

No Smore’s for you!

No Smore’s for you!

Again, there are people who would try doing this Just Because this reaction was a possibility. (I suspect you’d need to combine a LOT more sulfuric acid with the marshmallow than you’d get from the gas coming through the vent in order to se anything at all like this)

It occurs to me that the presence of sulfuric acid by itself ought not to be a deterrent in cooking over volcanic vents. Any good chef, like any good artist, works with his materials to exploit their possibilities and advantages, rather than against them. If making s’mores is contraindicated by bad reactions, then that’s just a sign that you’re trying to use the wrong ingredients in this situation.

It turns out that sulfur is a much-neglected and essential nutrient:

The countries of Greece, Italy, and Japan are the primary suppliers of sulphur to the rest of the world. Isn’t it coincidental that these same countries enjoy some of the lowest rates of heart disease and obesity on the planet?

Perhaps not. Icelanders’ remarkably low rates of depression, obesity, diabetes, and heart disease can possibly be attributed to the country’s distinctive line of volcanoes. Periodic eruptions blanket the soil with sulphur containing volcanic rock. This enriched soil is of tremendous benefit to any plants grown or animals grazing there. In turn, people who use these plants and livestock for food enjoy greatly enhanced health.

It was once thought that the Icelandic diet was so protective against chronic illness due to a high intake of fish. This theory does not hold up, however, as Icelanders who move to Canada and continue eating a lot of fish do not continue to enjoy the same low rates of disease.

Sulphur is critical to many of the body’s biological processes, metabolism included.

Without adequate sulphur, glucose metabolism becomes defective. This leads to muscle and fat cell damage as the result of becoming glucose intolerant. Over time, sulphur deficiency can lead to all manner of skeletal and muscle disorders with corresponding pain and inflammation. 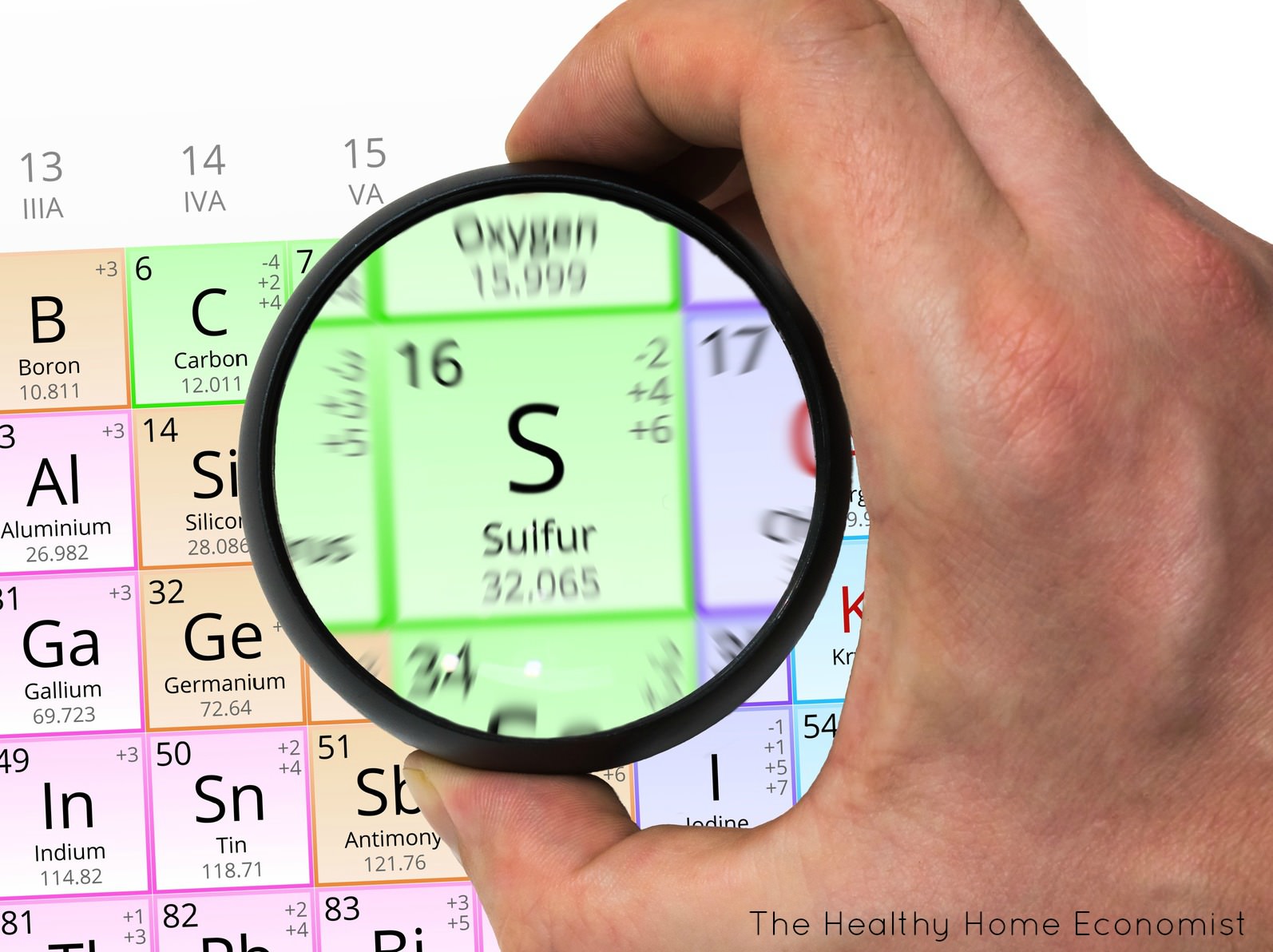 Sulfur: The Forgotten Nutrient (that we all need desperately!)

How sulfur deficiency may contribute to the inability to raise Vitamin D levels and where to get this critical nutrient to help resolve chronic disease.

So what can you cook that takes advantage of sulfur?

With regard to dietary sources, another excellent way to ensure you get enough is to eat more eggs! The incredible edible egg contains high amounts of natural sulfur. Eggs also supply natural cholesterol to ensure enough is available to mobilize sulfur combined with Vitamin D in the blood. Other foods high in this element include onions, garlic, and cabbage.

One caveat to be aware of, however. While certain plant foods should contain lots of sulphur, it is likely the amounts are low. Why? Sulfur rich produce is dependent upon cultivation in sulfur rich soil. Most soils today are depleted of this critical nutrient. Thus, unless you are sure about where your vegetables are grown, relying on eggs for adequate sulfur in the diet is the decidedly better way to go!

So there you go! You can cook your eggs over volcanoes. Or garlic-laden fare. And extra sulfur you pick up will only be adding nutritious sulfur.