Any “earnings” will probably by her ticket home.

The one in Europe.

So what exactly is an NFT anyway?

A Non-Fungible Token. Effectively using cryptocurrency blockchains to “store” or “own” art.

From what I gather, all you get is a URL. If the website falls off the face of the internet, you’ve lost your art. It’s frequently used in “scams” and is about as sensible an investment as memecoins.

It’s like those certificates telling you you own a piece of the moon. Except it’s not on paper and it doesn’t give you “a piece of the moon”, instead it says you own what’s on the web at a particular URL. But it’s crypto, so the people propping up that particular pyramid have to keep saying it’s awesome.

I don’t completely get it (even after reading the Wikipedia page on NFTs), but any further questions I have should probably go in a separate thread so as not to derail this one.

We’ve had a few threads about NFTs, Shoeless:

Every now and then, I try to educate myself on the latest tech hype. Non-fungible tokens have been around for a while, but (at least in my perception), they’ve been really exploding lately, with digital artists earning record sums, and Nike filing a patent for a ‘blockchain-based NFT-sneaker’ called ‘CryptoKicks’ ¯\_(ツ)_/¯. So I’ve been skimming a couple of articles trying to figure out what’s what here, but I’m not sure if I’m really getting it. Best as I can tell, an NFT is sort of like a bit…

Dan somebody explain NFTs to me? Factual Questions

I keep wondering what buyers of NFTs get out of it? There was news recently about somebody who paid thousands of dollars for the original photo of a meme. What do they get? Everybody can see the meme online, the owner of the original photo could, potentially, sell it to somebody else. How does the buyer profit?

How is an asset linked to a token to create an NFT? Factual Questions

There has been a lot of buzz around NFTs of late. I’ve read a few technical breakdowns if them (including the actual Ethereum EFC). The process seems to be: Generate a hash from a digital asset (very easy CS101 stuff, eg SHA256) Create a “crypto” key or token (do some dumb, pointless, but computationally expensive, sums that result in big number that’s “yours”) Link the hash with the key forever. Now the asset is “yours” too. Profit!! So it’s that penultimate step that I don’t quite get. Is …

Thank Bo I’ll check those out.

When questioned about what portion, as in, ‘a portion of proceeds will …’, actually be going to help children, they declined to say.

That doesn’t seem dodgy at all!

Also, I thought the whole tribe was forbidden to be involved with charities after they were caught grifting with monies intended for their ‘charity’. This seems to be pretty close to a violation of that, to me.

This was apparently her advisors’ answer to: “how can I monetize this fiasco that I’m in the middle of?”

Meanwhile, Hubby was advised to exploit the rubes by putting out a picture book (appropriate, since neither they nor their hero can read or write): 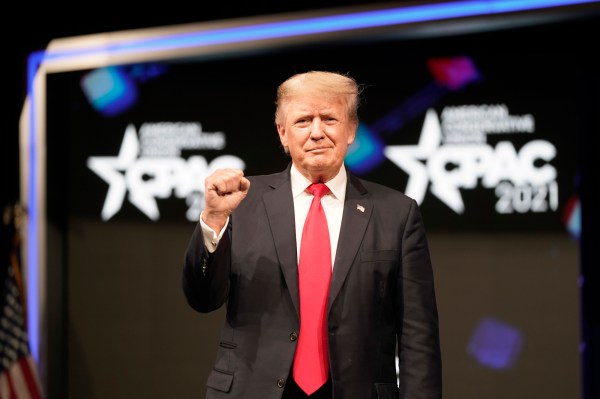 The former president is charging astronomical amounts for his new picture book — $74.99 for the book and $229.99 for a signed copy

I really don’t care, do you?

What a perfect answer!

For those of you who have not had a chance to see this painting, you can look here.

I had, of course, planned on purchasing one. However, I seem to be a little short of cash this time around. I’m totally sure I’ll pick up the next one.

Thanks for that link, very enlightening: So the painting is not by Melena herself, but by Marc-Anton Coulon, 2021. The painting, obviously inspired by a mascara add in Vogue, costs $186,32 or 1 Sol (one day in Mars? What role does Mr. Musk play in that scam?), the text is uploaded as a graphic, so it cannot be copy&pasted. Whatever they fear. The painting is not by Melena, but it is signed by someone who apparently wanted to write Melena Trump in Donald tanTrump’s signaure style. You can listen to this NTF, it claims. I did not turn my sound on. Weird.

For those of you who have not had a chance to see this painting, you can look here .

Ummm, did Marc-Anton just draw one eye and flip it?

The eyebrows are different, but the eyes look identical! It sure looks like he just took 20 seconds to “reflect/vertical axis/keep original”.

I wonder if anyone actually looked at that and said “By Jove, that’s a perfect Melania painting! Recognized her right off!”

I’m mulling how much I’d pay to never see those stupid eyes ever again.

After seeing how NFTs work, I’m not sure if “stupid” is the word I’d use.

I just realized why the abbreviation “NFT” cracks me up. My former father-in-law was an artist, and he was very judgmental and dismissive of those artists a few rungs lower on the hierarchy of talent than he was (which was pretty high, technically speaking. Personally he was a major dick.) He used to look at others’ work and his word of disapproval was “NFT,” which stood for “No Talent.”

Ummm, did Marc-Anton just draw one eye and flip it?

The eyebrows are different, but the eyes look identical! It sure looks like he just took 20 seconds to “reflect/vertical axis/keep original”.

He probably knew he wasn’t likely to get paid.

The NFT is a “watercolor” by Marc-Antoine Coulon that includes an audio recording of Trump, according to a press release from (Melania’s) office.

You can get the art without the Trump audio, but it’ll cost you $500 extra.

From an article on Boing Boing:

Now, according to Solana blockchain records reviewed by Motherboard and shared with an independent researcher, we know who bought the NFT collection: Melania Trump herself, or at least, whoever set up the auction for her.

For those of you who have not had a chance to see this painting, you can look here

I will say that this is at least nominally art and, while I think even NFTs of “art” are dumb, it’s not a randomly generated monkey or 8-bit pixel art face that no one bothered to put any effort into but rather dumped a bunch of assets into a blender and had it spit out jpgs. If I was trying to convince people that art NFTs weren’t stupid, I’d start with something that someone made rather than “Here’s one of 100,000 computer generated permutations you can spend a quarter million dollars on; this is totally legitimate”.